Another Sunny Week Ahead for the Alps 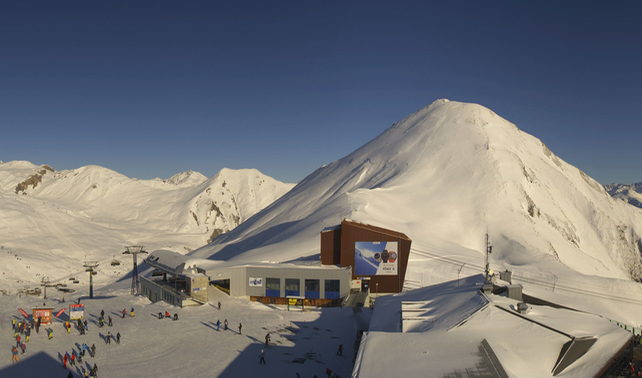 Thank you, Snow Gods, for sending some of your white stuff to the Alps on Friday and Saturday. We’d have liked a little more, to be honest: around 10cm was the norm across the northern half of the region. But even so, it was enough to freshen up the pistes nicely.

Thanks to Chalet Artemis, I was skiing in St Anton on Friday and Saturday, and Saturday morning was a blast – with just enough new snow on top of the corduroy to make every turn smooth and pneumatic. Of course, it was shunted and shaped into moguls as the day progressed: but that first hour and a half was bliss. No doubt Sunday morning was good too – with the sun out and the new snow groomed into the pistes to make them soft and grippy.

Today, conditions would have been perfect for practising some of the short-turn drills suggested by St Anton’s video department in this morning’s Facebook post.

Now high pressure is back in control of the region, and it’s set to dominate until the end of the week. Temperatures are rising too. In France, Meteo Chamonix is predicting that the daytime freezing point in the French Alps will be up to 3000m on Thursday.

So unfortunately the chalky, wintry coating left behind by the weekend’s snowstorms will be getting a bit wet and heavy in the sunshine, and then refreezing overnight. That means hard-packed pistes each morning, especially on steeper slopes. But at least this week we’ll be going through more of a freeze-thaw cycle, so as each day progresses the pistes will soften up again in the sunshine.

Just don’t expect too much in the way of off-piste skiing, as there hasn’t been enough fresh snow to deposit a reliable layer of powder. In the western Alps, the avalanche risk is fairly high too – at 3/5, in France – thanks to wind-blown slabs forming on top of the old crust underneath.

What we really need is a more protracted wintry spell, to restock the slopes in preparation for the second half of the season.

This week, it looks as though they’ll be getting something like that in the Pyrenees. In the Alps, we will probably have to wait till the end of the month at least.

Here’s Meteoblue’s 24hr snow forecast for Thursday morning in the Pyrenees. In places, more than half a metre could fall in just 24 hours. 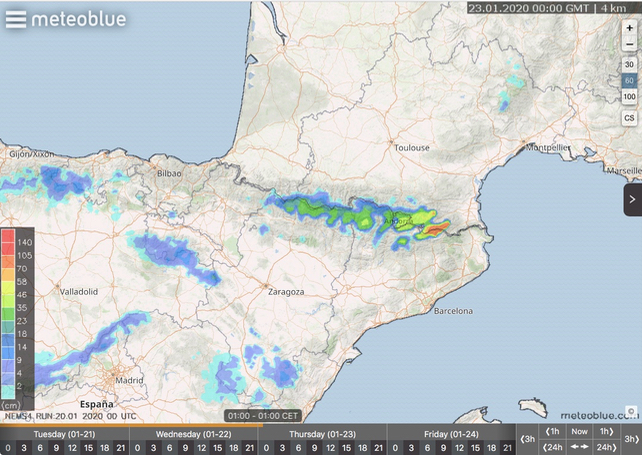 And this is the ECMWF’s mid-range forecast for January 30. We’ll have to wait and see if it’s accurate. But if it is, a cooler, snowier spell will be on the cards. Fingers crossed. 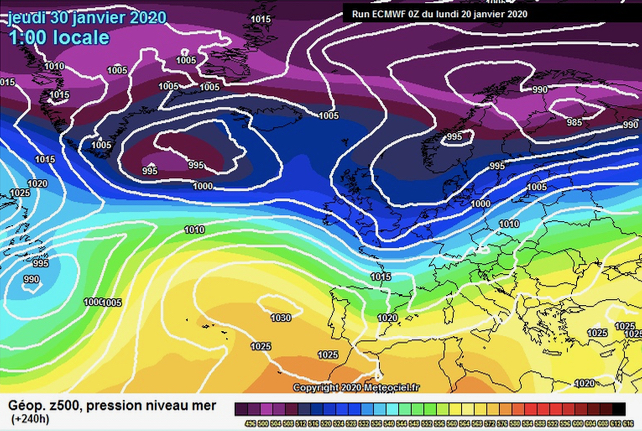 2 Responses to “Another Sunny Week Ahead for the Alps”