A Spring-Like Start to the Week in the Alps 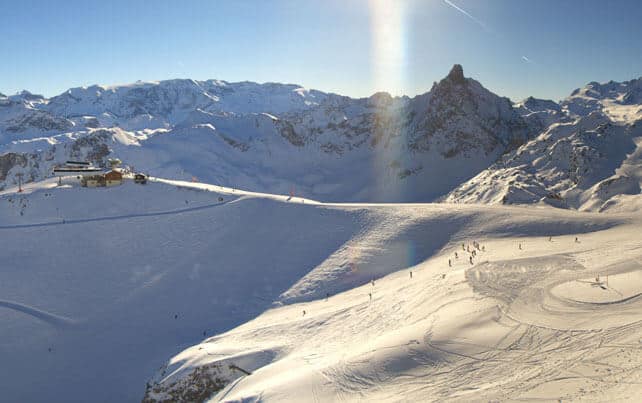 January’s wintry start is now well behind us. High pressure is back in control of the Alpine weather and temperatures are climbing fast. In the valleys it feels positively spring-like. Meanwhile, on the slopes, the freezing point is up to 3000m in the west.

That’s not brilliant news for the snow, of course. There’s still a lot of it about in the northern Alps – especially in France, Switzerland and the resorts of the Austrian Arlberg. But a 24-hour cycle of daytime melting and overnight refreezing has set in on all but the highest, shadiest slopes. That’s affecting the quality of the skiing surface.

According to Meteofrance’s avalanche report for the Haute-Tarentaise, you can still find soft cold snow off-piste on north-facing slopes above 1800-2000m. On south-facing slopes, the snow has a thick crust – even up to 3000m in places – which then gets wet and heavy as the sun gathers strength.

Meanwhile, on-piste, the snow will be hard-packed first thing each day, before softening up temperatures rise. These aren’t quite full-blown spring-skiing conditions – except on the lowest, sunniest slopes – because the days are still short. But still, if you want the best skiing surface, you need to let the sun get to work on a slope for an hour or two before you tackle it. If you get the timing right, you should find the top layer soft, but the snow beneath it still firm, and the overall experience fantastically smooth and ego-boosting.

Off-piste, the avalanche risk is still considerable. In much of Austria, the thin snowpack is a problem, and there are weak and unstable layers near the ground. Meanwhile, in the west it’s the rising temperatures which are the issue, as south-facing slopes shrug off their snow in the sunshine. As ever, be careful: and for goodness sake hire a guide to keep you safe unless you’re a properly-trained and equipped expert.

Here’s a quick squizz at some of the webcams. Pictured below is the magnificent Pale di San Martino near Moena in the Italian Dolomites – where I’m heading tomorrow. As regular followers of the snow forecast will know, Italy missed out on most of the January snow, although Dolomites did get 20-40cm on January 11. Fortunately, most Italian resorts are adept at making their own snow, and so have plenty of on-piste skiing available. 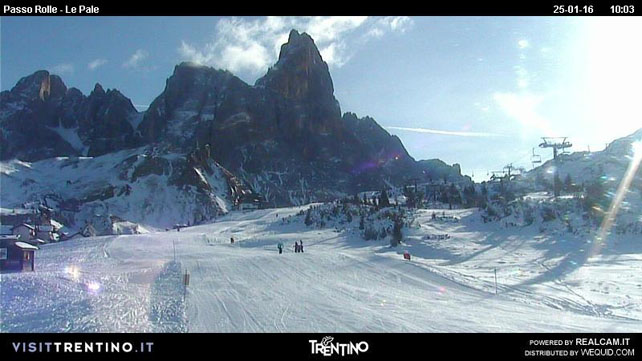 Pictured below is high-altitude Obergurgl in Austria, which is the perfect place to be on a mild, sunny day. The snow here is currently 23-151cm deep, on piste.

And this is the top of the ski area in Serre Chevalier, looking magnificent. The snow here is currently 15-100cm deep, on piste. 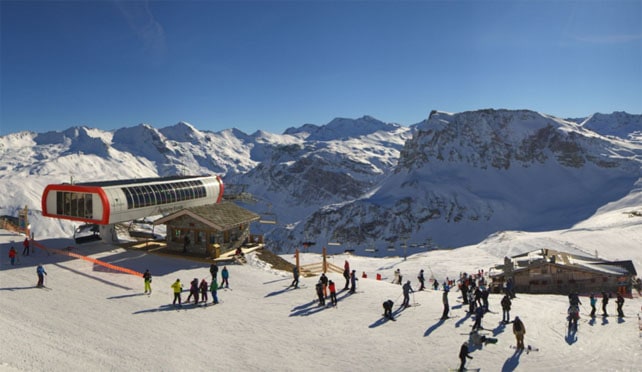 So, it’s a great day to be out in the mountains: but bear in mind that this mild weather could continue for a while. Our snow forecast is suggesting we could see a temporary change in the weather at the weekend, resulting in light snowfall across the Alps on Friday and Sunday. But the mid-range models suggest high-pressure will reassert itself afterwards. You might want to factor in some altitude to your skiing plans if you’re planning an early-February trip..

One feature of the monster storm on America’s east coast is that it didn’t affect the ski resorts of the north-east over-much. Killington, for example, has had only 22cm of snow in the last week: compared with 68cm in Central Park in NYC.

Further west, the resorts of California started the weekend with fresh snow (35cm in Kirkwood, 20cm in Heavenly), and there was 48cm of new snow over the weekend in Snowbird in Utah, bringing the season total so far to a very handy 6.63m. Resorts in Colorado and Wyoming had more modest top-ups.

Here’s how it looked in Snowbird yesterday… 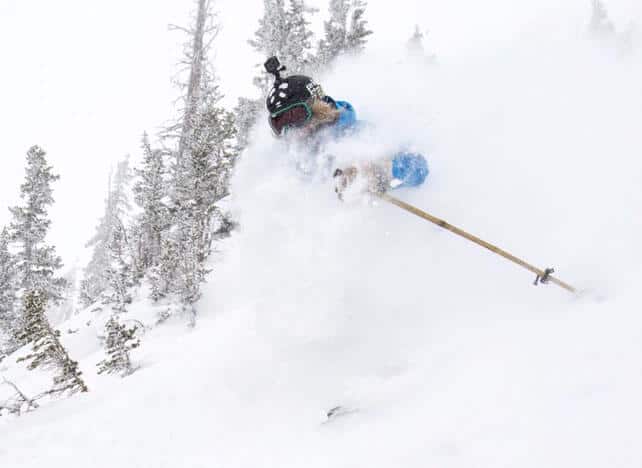