Deep Snow in the Alps: and Strengthening Sunshine 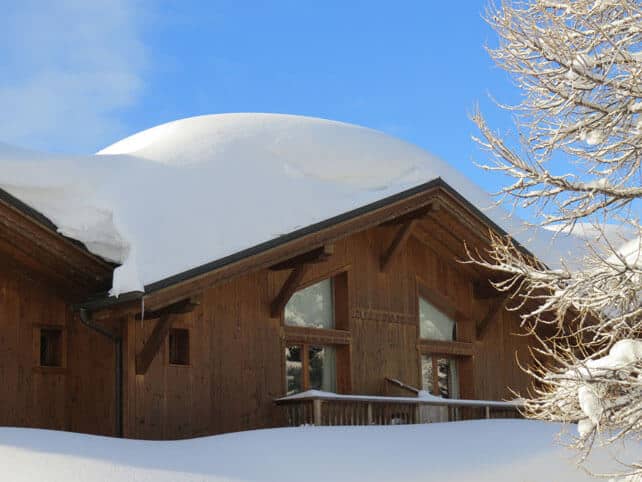 Greetings from La Rosiere in France – one of many resorts across the Alps which have just had a thumping week of snowfall.

In France and western Switzerland a metre or more of the white stuff has fallen in many places – thanks to a storm that walloped the region between Wednesday and Sunday. There was another 5-10cm of snow last night.

Meanwhile, across Italy, there was heavy snowfall on February 28 and 29. In the Dolomites and the East Tirol of Austria, this was followed by three more snowy episodes, which dropped well over a metre of new snow in places. The last was on Sunday, when Madonna di Campiglio in the Brenta Dolomites had another 50-70cm of snow. Here’s how the resort was looking yesterday. 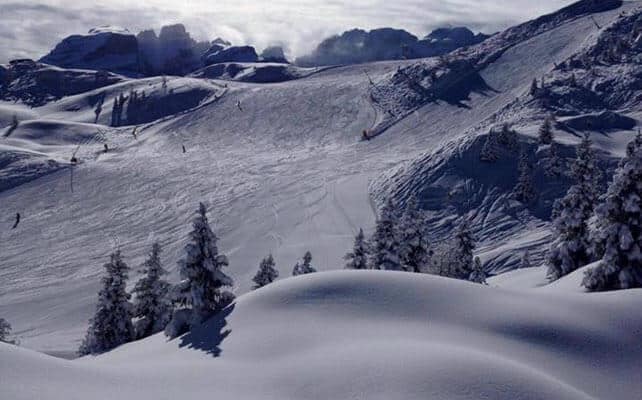 As a result, there’s now 300cm or more of snow packed down at altitude in some resorts. Val Thorens has 300cm, Val d’Isere 310cm, St Anton 320cm, La Rosiere 330cm, and Chamonix 390cm. This photo from the Col de Balme in the Chamonix valley yesterday sums the situation up nicely (at altitude, at least). 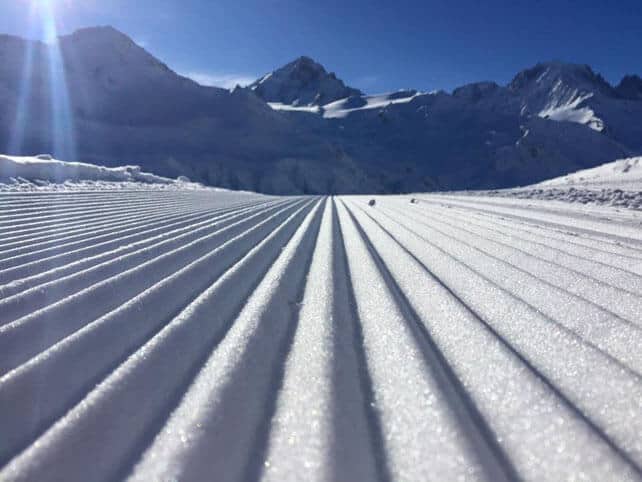 In the Dolomites, Canazei now has 200cm of settled snow on its slopes. That’s quite a transformation given how heavily the region was relying on its snow cannons for cover until last month.

Not everyone has seen quite such heavy snow. In the lower resorts of northern Austria for example, snow depths are still quite modest. The Skiwelt, for example, has 50-60cm of snow packed down on its slopes.

Temperatures have stayed low in the wake of the storms, and for the most part the new snow is a joy to ski. Over the last couple of days I’ve been out with Simon Atkinson, the English director of the ESF in La Rosiere – and at altitude, as well as on north-facing slopes, we’ve been enjoying fabulous conditions. The powder is unusually light, and the pistes soft and grippy. 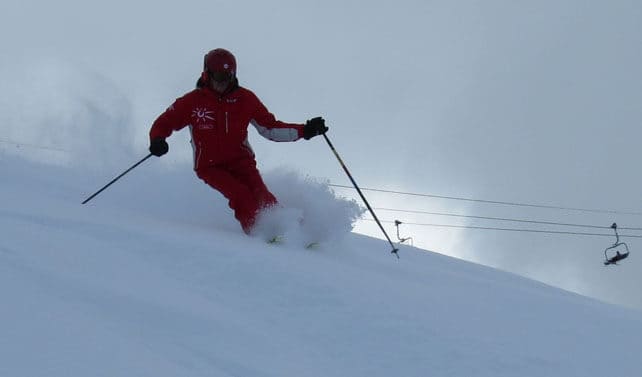 However, it’s worth noting that on the lower, sunnier slopes, the snow has already gone through a cycle of melting and refreezing. Off-piste, its crusty and lumpy, and on-piste it’s pretty hard-packed first thing in morning. Given how frigid it’s been on the chairflits, this has been a bit of a surprise. But then this is March, and the sun is growing in strength. In the short term, you’ll need to ski north-facing slopes, or above 2000m on sunnier slopes, if you want to avoid its effects.

Looking ahead to the weekend, we can expect classic spring conditions as a proper thaw takes hold – and the daytime freezing point rises to 2500m.

The talking point across the pond is the heavy snow in the Sierra Nevada in California. Between Friday and Monday, some resorts around Lake Tahoe had 150cm of snow. Sugar Bowl had 157cm, Squaw got 142cm, and Kirkwood 112cm. Further south, Mammoth reports 168cm of snow on its upper slopes. More snow is expected later in the week.

This was the top of Sugar Bowl’s snow stake yesterday… 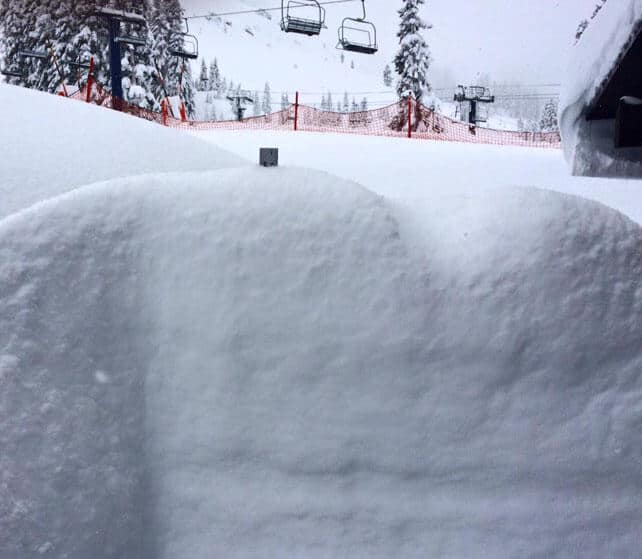 No Responses to “Deep Snow in the Alps: and Strengthening Sunshine”