A Magnificent Day in the Alps 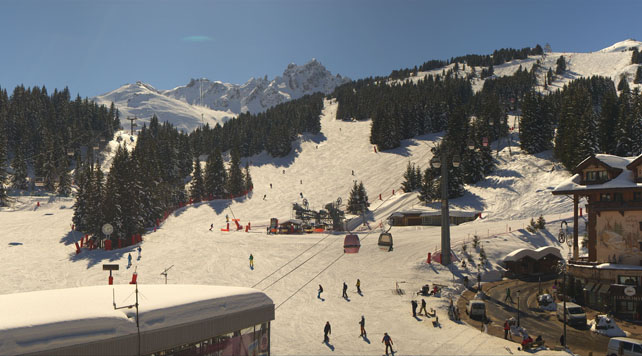 The Alps are bathed in brilliant sunshine today. What’s more, temperatures are cool for the time of year, and there’s a thick blanket of snow in many parts of the region, thanks to the big storms last week.

In other words, if you’ve been skiing in the right places, you’ll have had magnificent day.

But let’s not forget how strong the March sunshine is. On south-facing slopes – even at altitude – it’s affecting the quality of the cover, and the snow is going through a daily melt-freeze cycle. Off-piste, it’s also getting very unstable on steep slopes as the day warms up. In the Tirol in Austria, for example, today’s avalanche report predicted wet-snow avalanches up to 2600m, as the mountains shed their loads in the sunshine.

There’s still some gorgeous powder around, as well as sublime, grippy pistes, but you’ll need to aim high or stay in the shade to find both. Otherwise, the best policy is to adopt spring-skiing tactics, and follow the sun around your ski resort, hitting slopes just as the snow begins to soften each day.

The outlook is for more of the same (with the occasional cloudy interlude) for several days. To start with, the temperatures will remain low-ish, with the freezing point hovering around 1500m, but it’ll swarm up next week, and we’ll see more full-blooded spring conditions take hold.

Here’s how a quick survey of photos and webcams, starting with Val d’Isere, which has 160-310cm of settled snow on its pistes. 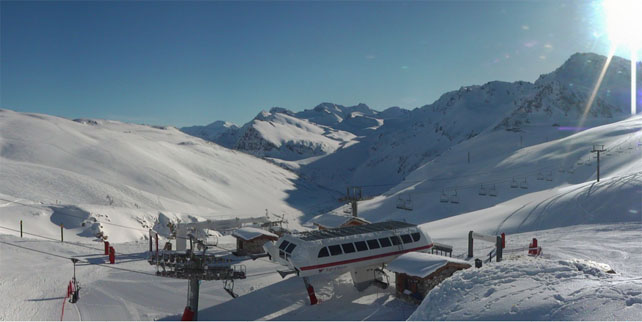 Meanwhile, this is Serre Chevalier, south of Grenoble, where the snow is 35-180cm deep. 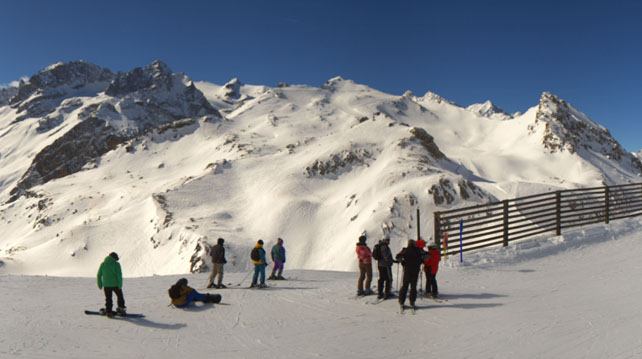 Pictured below is the magnificent view from the top of Mont Fort above Verbier. The Swiss resort reports 45-265cm of settled snow. 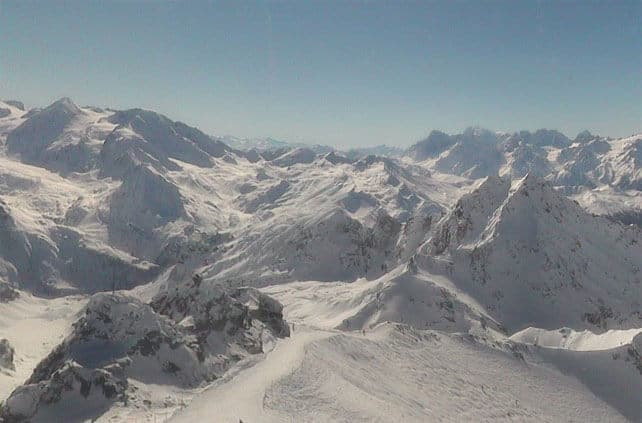 Below is Madonna di Campiglio in the Brenta Dolomites of Italy, which has 90-180cm of settled snow. 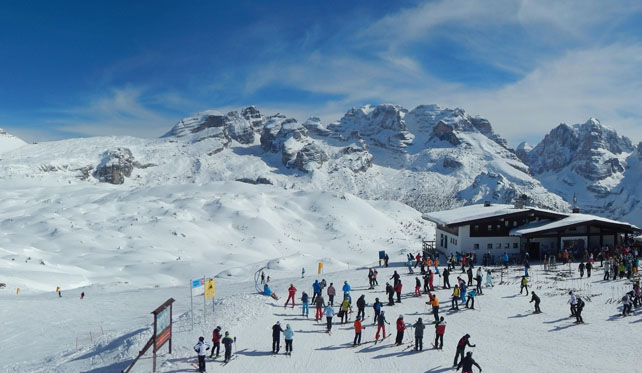 And this is Canazei, further east, where there’s 50-200cm of cover. 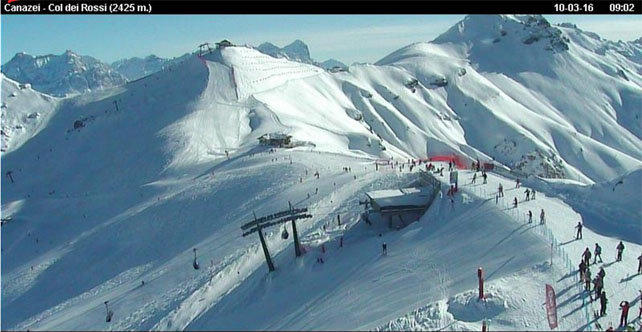 In Austria, high-altitude Obergurgl is in great shape at the moment, with 43-218cm of snow packed down, on-piste. Here’s how it looked this afternoon. 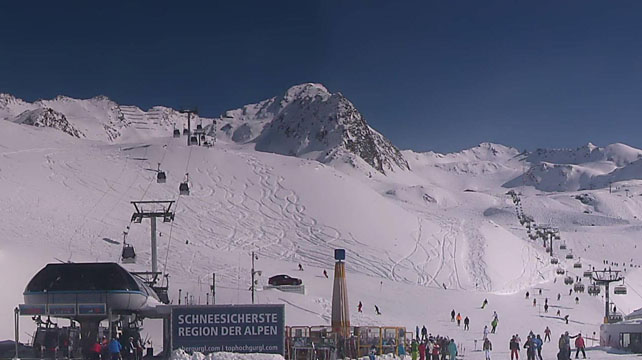 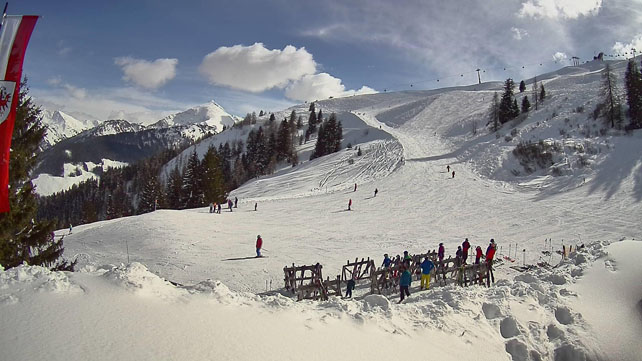 Finally, this is Zell am See, further east in Austria. There was less snow here than in the western and southern Alps last week, although there’s good cover at altitude. The Kitzsteinhorn glacier, in the background, reports up to 210cm on its slopes. 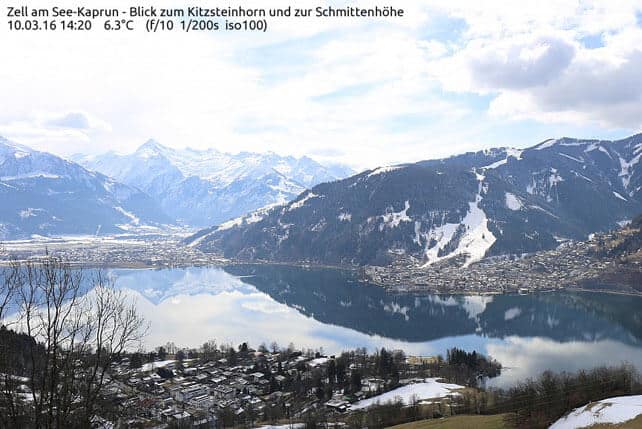 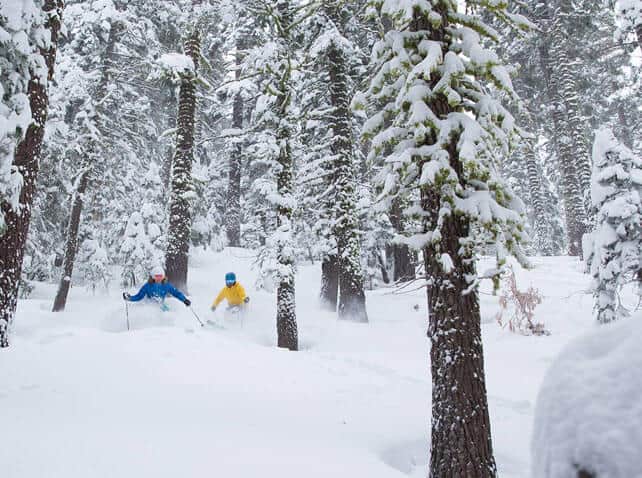 Mother Nature is having a bit of a breather after the big storms last weekend in California – which dropped 60-150cm of snow in most resorts. Another series of blizzards is expected between Friday and Tuesday, which is likely to drop another metre in places.

Meanwhile, up in Whistler, Canada, they’ve woken to 30cm of fresh snow this morning, with more to come during the day.

No Responses to “A Magnificent Day in the Alps”