Winter Gets an Early Grip on the Alps: but it’ll Warm up Next Week

Europe is in the grip of a week of proper, winter weather. I’m in Vienna as I write, and this morning – at an altitude of just 190m – it’s snowing hard and settling on the streets. Meanwhile, across the Alps, it’s been cold almost continuously since Saturday, and the snow cannons have been working flat out to build a base on the pistes.

They’ve been helped by light to moderate snowfall too. Yesterday and today the snow has been focused on the northern Alps and the Dolomites. 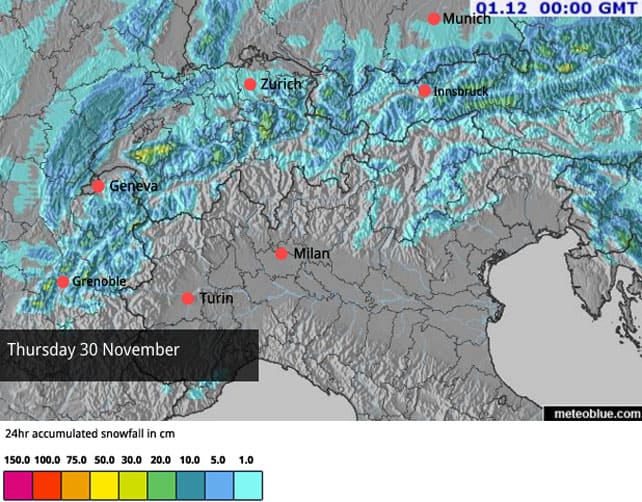 Tomorrow, and on Saturday, the action steadily becomes more centred on the south-west. 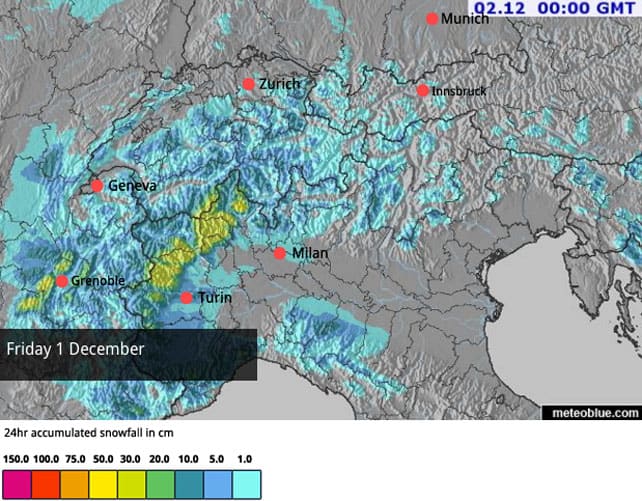 To give you an idea of how helpful conditions have been for the preparation of the slopes, the Dolomiti Superski area has just announced it’s going to increase the extent of skiable pistes this weekend – from 120km to 800km. Admittedly, it was always planning to open the Sella Ronda on Saturday. But this is a significant boost beyond that.

Here’s how it was looking this morning in Carezza, above the Val di Fassa in the Dolomites. 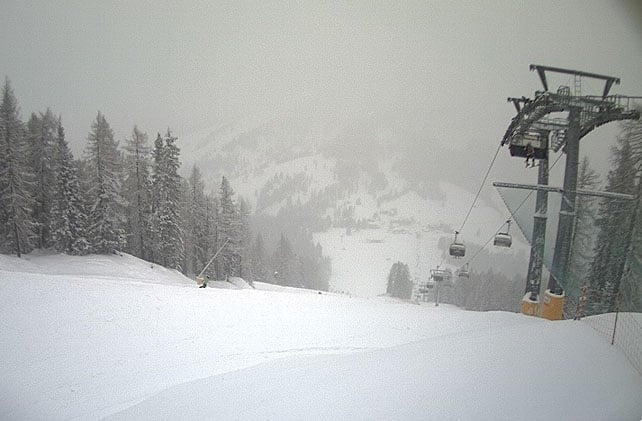 Probably the most significant resort opening this weekend in the Arlberg in Austria, home to St Anton and Lech. Even before the snow of the last two days, conditions on the upper slopes were excellent for the time of year. Check out the Facebook video shot on Monday.

The cover is of course rather thinner lower down, but there’s up to a metre of snow settled on the highest slopes. It’s a very different scene from last winter.

Tracking west, here’s how it looks at the bottom of the lifts in Val d’Isere this morning. The cover here is 47-75cm deep. 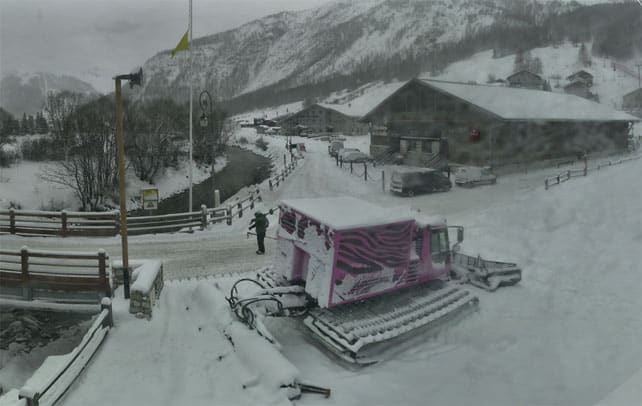 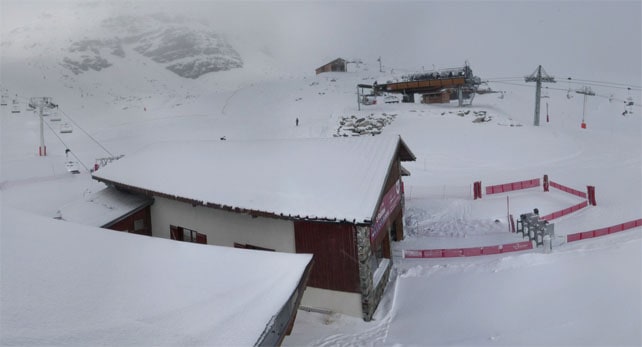 If you can grab your skis and get out to one of these higher resorts for the weekend, you’re going to have some superb piste skiing. Hire a guide in France, Switzerland or Austria, and you could be skiing the odd patch of powder too (best to hire skis or use an old pair in case you scrape a rock). Right now, the early-season conditions are very good.

HOWEVER, it will be warming up next week. Austria should get a bit more snow on Monday, but then sunshine and milder temperatures will be the rule for several days. Some mid-range weather forecasts are suggesting a return of wintry conditions around December 8, but it’s by no means certain. So make sure you target a resort with plenty of skiing above 2000m if you’re planning a December trip.

No Responses to “Winter Gets an Early Grip on the Alps: but it’ll Warm up Next Week”