Another Dose of Autumn Snow in the Alps 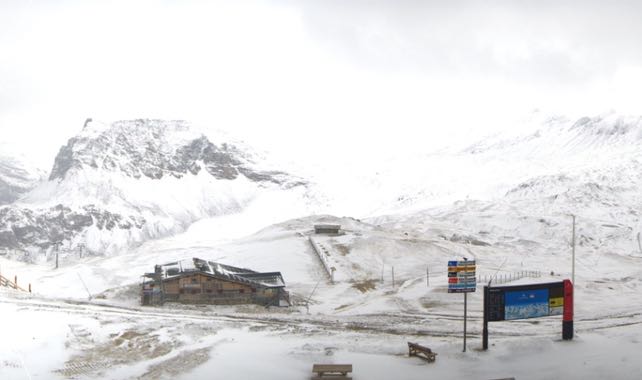 Autumn has sneaked into the Alps again, and there’s a dusting of white across the northern half of the region.

Actually, in parts of Switzerland and Austria, there’ll be more than a dusting, once the clouds lift. Here, the snow will be heavier and more prolonged. It could last till mid-morning tomorrow.

As you can see from the lunchtime webcam photos below, there’s already around 5cm in many places – and it’s settling below 2000m.

This is how it looked at Idalp, above Ischgl in the Tirol. 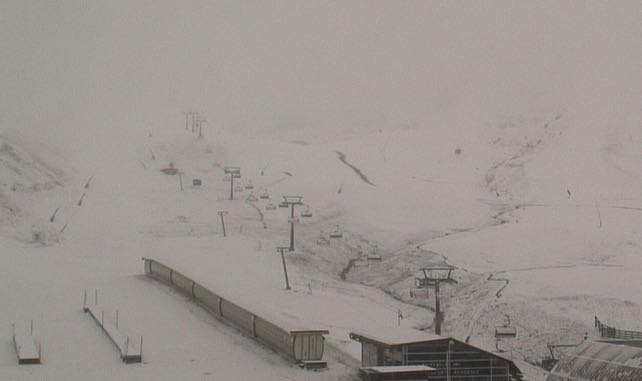 This was the lift station at Hintertux. 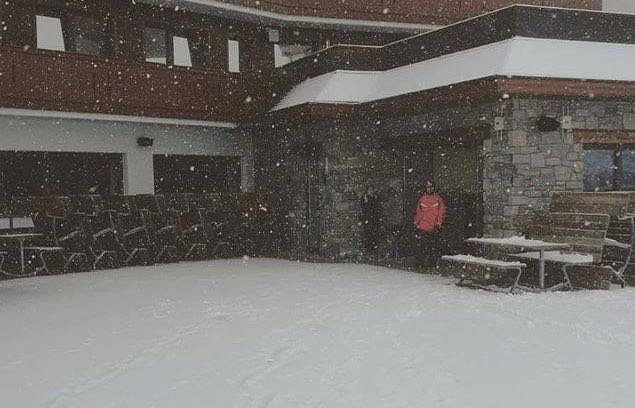 And here’s how it looked at the top of Solden. 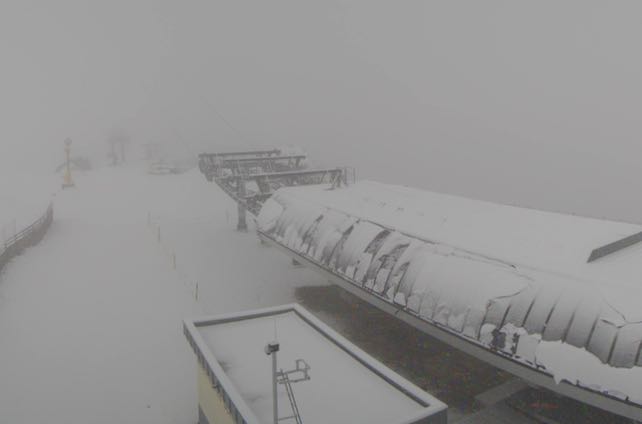 It’s an exciting reminder of what’s to come – especially with a nip in the air across much of Europe and the leaves just starting to turn. But I’m afraid the cold snap won’t last. The late-summer weather that defined most of September will make a quick comeback, in France tomorrow and on Wednesday in Austria. The daytime freezing level will shoot back up to 3800m, and the snow on the lower slopes will rapidly melt.

Still, in the meantime, the pistes in glacier ski areas such as Zermatt, Hintertux, the Pitztal and the Kaunertal will be much improved. What’s more, there’s the chance of more snow next weekend.

Here’s the latest prediction for next Sunday’s weather from the European Centre for Mid-Range Forecasting. However, I should point out that this is an outlook that’s not shared by some of the other forecasts. Some are predicting warm and sunny weather for October 7. 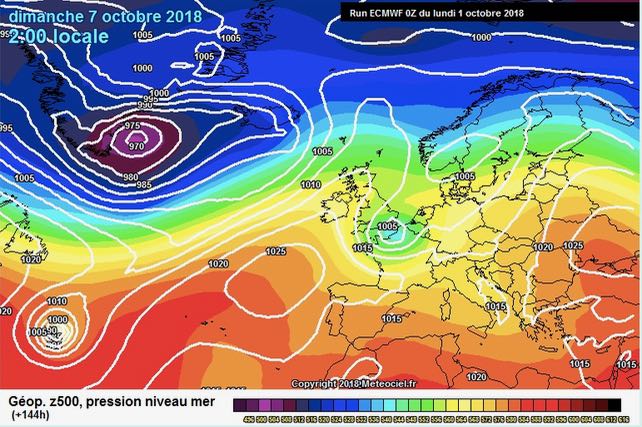 The trend so far this autumn has been warm, with only the occasional snowy interlude. Let’s hope we see a more prolonged period of cooling. After all, the first races of the World Cup season will be in Solden on October 27 and 28, and there’ll be plenty of readers out there who’ll want to get out for their own early-season ski trips.

No Responses to “Another Dose of Autumn Snow in the Alps”