Autumn Snow in the Rockies 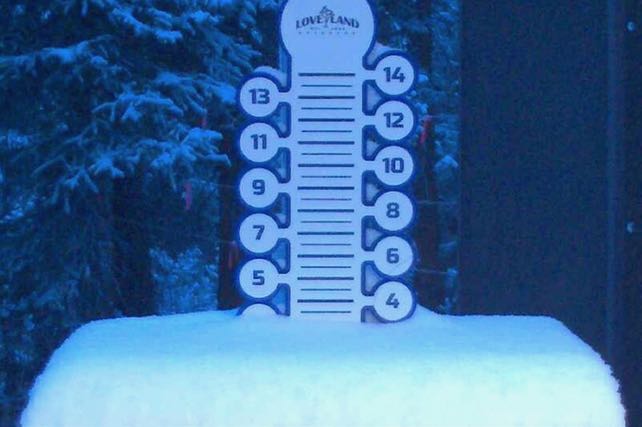 This week, it’s the Rocky Mountains’ turn to see autumn snow. There’s a dusting on the peaks of both Colorado and western Canada today, thanks to two separate weather systems.

As a result of the cold snap, the ski resort of Loveland was running its snow-cannons this morning, and Arapahoe Basin will probably do the same tonight. As many of readers will know, the two high-altitude resorts race to be the first to open in Colorado each October. But it’s a stop-start process, utterly dependent on the vagaries of weather. At this time of year, mild spells can quickly follow wintry ones – so don’t hold your breath. The process has only just begun.

Here’s how it looked at Arapahoe Basin this morning. 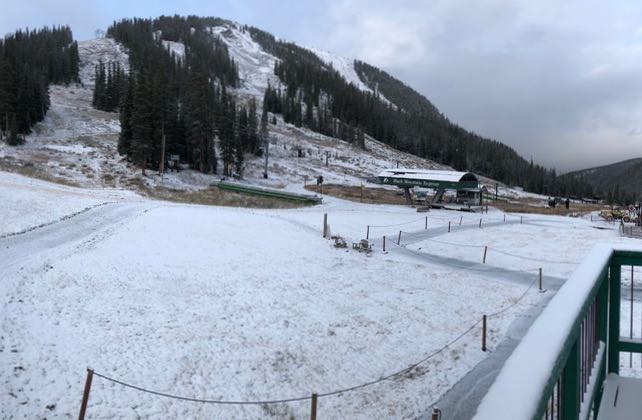 And this is the view from Breckenridge, which is one of the first “normal” resorts to open in the US. It’s scheduled to spin its lifts for the first time on November 9. 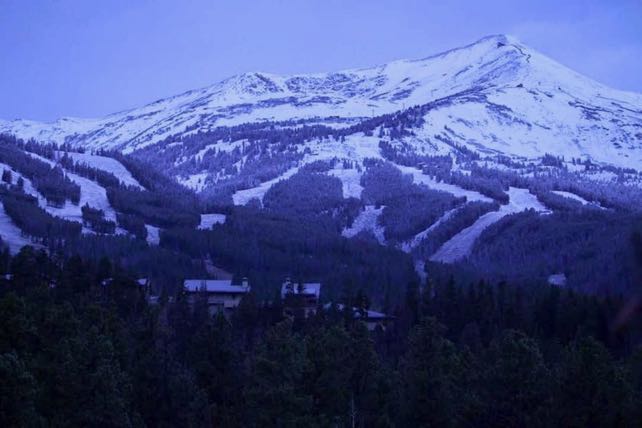 Meanwhile, in Banff National Park, this is the view at the top of Lake Louise this morning. 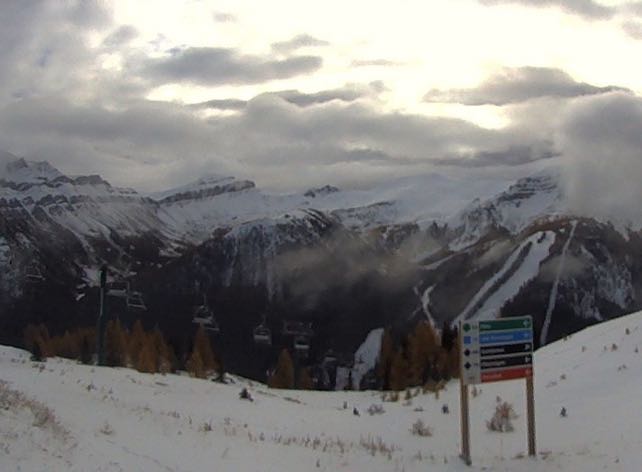 Here too opening day is scheduled for November 9.

Lake Louise is one of the most reliable early-season resorts in North America. Last winter, it got off to its snowiest start for 67 years, with 2.5m of snow falling by November 29.

In the Alps, conditions are currently much milder, with the daytime freezing point up around the 3400m mark in France and 3500m in Austria. Last week’s snowfall has now mostly melted, although it did help the glacier ski areas take a few more hesitant steps towards winter before it vanished.

Last Wednesday, for example, Solden in the Austrian Tirol opened its first piste to skiers, and on Saturday the Stubai Glacier south of Innsbruck got going too.

Meanwhile, on the Hintertux glacier, the Betterpark freestyle area opened on Friday. Here’s how it looked on Friday. 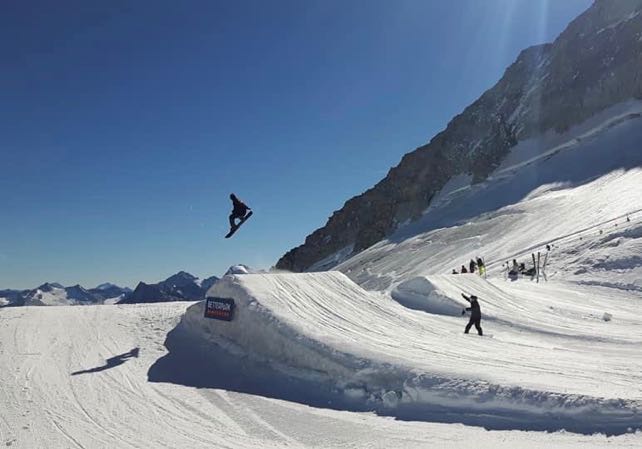 Despite the new terrain opening up, anyone keening some early-season snow should probably wait a while longer before they book their trip – unless they’re freestylers heading to the Betterpark. There should be snow on the highest peaks and ridges in the western Alps on Wednesday and Thursday. But the overall trend of warm, sunny weather is likely to continue into next week, at least. We’ll need a more decisive shift towards cooler, unsettled weather before the pre-season gets interesting.

One Response to “Autumn Snow in the Rockies”