By Sean Newsom | on January 10, 2020 | 2 Comments
Classic Where to Ski Where To Ski Brand Publisher 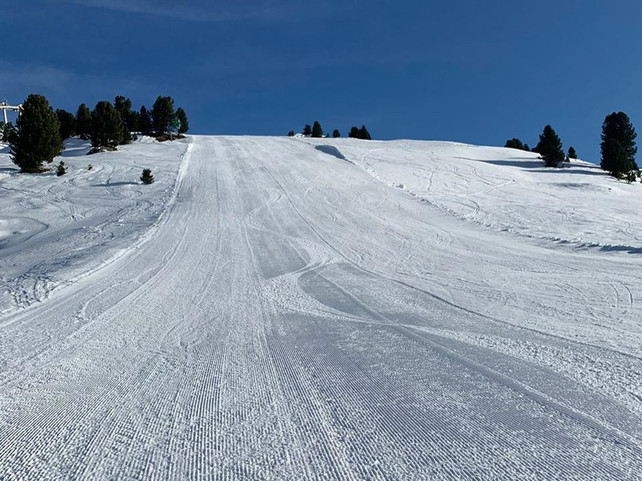 Hands up who loves skiing on over-crowded pistes.

No-one? What a surprise. Because whether you’re the wobbliest beginner or a cliff-jumping expert, absolutely the last thing you want on your holiday is to jostle downhill with a couple of hundred other skiers: all travelling at different speeds, all following different lines, all trying not to crash into someone else’s children. You’ve paid all that money for a trip to the mountains – and suddenly it’s like being back at home on the morning commute. Yuck yuck yuck.

No. What skiers love most of all is elbow room. Room to turn. Room to stop. Room in which to make mistakes. And nothing in the mountains beats that moment when you set off down a slope and realise – HALLELUJAH – you’ve got it to yourself. By the time you reach the bottom, you’ll think you’re Mikaela Shiffrin.

Where do you find that room? Well, you could start with one of these six uncrowded ski resorts in the Austrian Tirol. Here’s why. 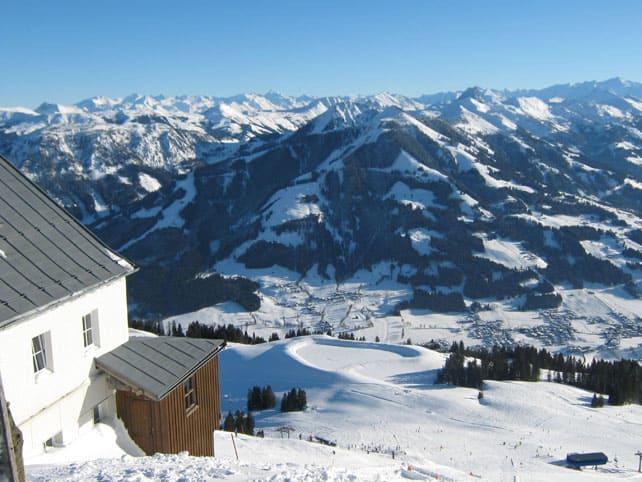 The Choralpe, above Westendorf, seen from the main area of Skiwelt pistes. Photo: Welove2ski.com

It’s a general rule of skiing that if you migrate to the edges of a piste map you’ll find more uncrowded slopes than if you stick to the middle. It’s pretty obvious why. Although everyone has a piste map in their pocket, they hardly ever look at it. Instead, they ski the runs they can see as they ride main chairlifts.

Westendorf in the Skiwelt is one of the great beneficiaries of this phenomenon. No matter that it’s home to what’s arguably the best red-rated ski run in Austria. It’s never hectic, because its mountain, the Choralpe, is set to one side of the plateau that forms the Skiwelt’s main hub. So if your taste is for long, direct, fall-line descents, book your holiday here and make an appointment with the Kandler each morning (number 11 on the piste map). In a good, cold winter (ideally in late January or early February) intermediate skiing doesn’t get much better. 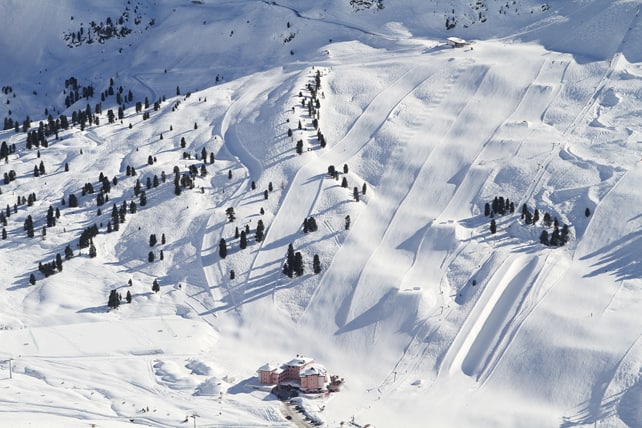 The Tiroleans love to ski at Kühtai. The pocket-sized ski resort is set on a mountain pass at 2020m, 45 minutes by car from Innsbruck, and its 41km network of pistes is the perfect size for a high-speed Austrian weekend. On a Saturday night, bars and restaurants such as the Dorfstadl and Kaiser-Max-Hütt are buzzing.

But from Monday to Friday – when the locals are back at work – the scene is rather different. Most foreign skiers think 41km pistes aren’t enough for a proper ski holiday, and they’re off holidaying in larger ski areas. Which leaves Kuhtai blissfully quiet. So if you’re planning to invest in a week of ski lessons, put it high on your hit list. After all, you don’t need endless pistes to ski if you’re discussing technique with a ski instructor. Far more important is an unhurried and stress-free environment in which to relax and push your limits. That applies to advanced skiers as well as beginners and intermediates, because this is one of the best places in the Tirol to begin ski touring – as well as perfecting your parallel turns. 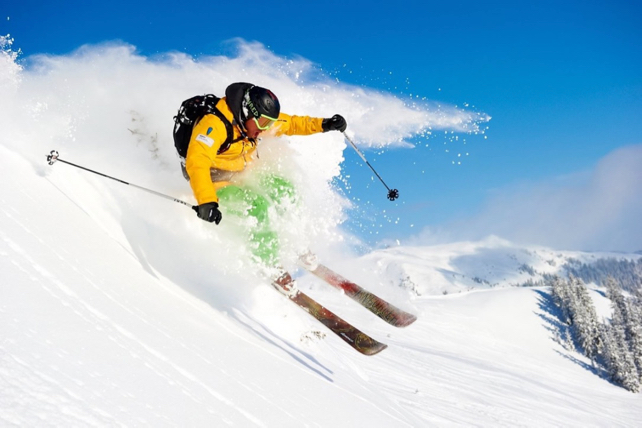 “Kitzbühel? Kitzbühel?” I hear you cry. And yes, you’d be forgiven for wondering what one of the biggest names in skiing is doing in a collection of secret and/or underrated resorts.

But that’s only because you’re thinking of its pistes. Wander off the groomed and waymarked trails and suddenly Kitzbühel is a different proposition. Here, you’ll find an ocean of off-piste terrain, and often it’s not just uncrowded: it’s completely empty. You’ll need to catch it in a good cold spell to really understand its appeal – ideally, during a classic nordstau. You’ll also need to hire a guide, such as one of the Alpin Experts team, because a lot of the best routes are in hidden valleys, or are accessed via hikes and/or traverses. It’s well worth the expense and effort. With 23,000 hectares of terrain to explore (nearly seven times the size of Whistler in Canada), there’s a winter’s worth of skiing on offer on its slopes.

Admittedly, there’s no room for two in this particular chute. The Nordkette, above Innsbruck. Photo: Welove2ski.com

There aren’t many cities in the world that double as ski resorts. Vancouver has Grouse Mountain at the northern tip of its suburbs, Oslo hosts a ski jump, and the five-piste, four-lift Oslo Ski Centre. Salt Lake City washes up against the resorts of the Wasatch Mountains.

None, however, can match both the range and immediacy of the skiing on offer in Innsbruck’s 13 ski areas. The most eye-catching is the Norkdkette, which can be reached from a high-tech mountain-railway station, 150m from the Hofburg – the former palace of the Hapsburgs. It’s famous for its plunging, lift-serviced off-piste descents: but the city also offers plenty of soothing, intermediate-friendly pistes as well. Catch the suburban J-line bus, up to Igls, or head to the broad, snowsure slopes of the Stubai glacier – and you’ll be able to ski sumptuous reds and blues. All are served by a single lift pass, which also offers free bus travel in and around the city, and entrance to some of the city’s key museums – such as the Ferdinandeum. (Though you might want to hire a car if you’re planning to day-trip to several of the more distant ski areas).

Perhaps the best thing of all about these ski areas is how quiet they are, midweek. That might seem a paradox, given the 310,000 people living on the doorstep. But from Monday to Friday, most of them are studying or at work, and overseas visitors are few and far between. Skiing any of them on a midweek morning after fresh snow is an experience you won’t easily forget. 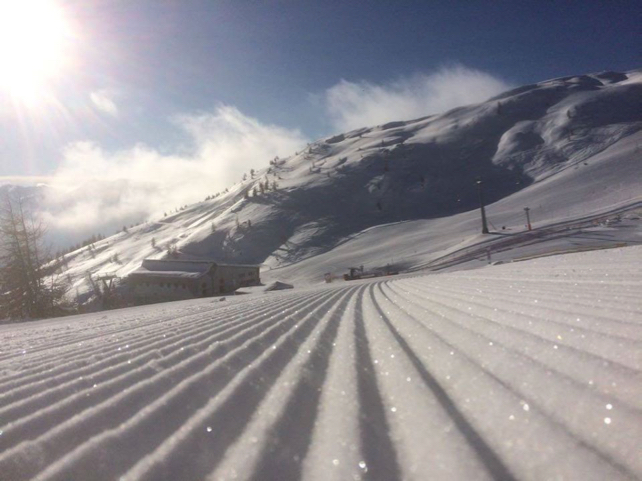 Little Sillian is planning a growth spurt. If all goes according to plan, it will connect in 2021 with the Drei Zinnen ski area just across the border in Italy’s South Tirol. The new, enlarged lift system will offer about 120km of pisted slopes.

But don’t expect that to fundamentally alter the nature of this tiny ski station, on the road into the Osttirol. Yes, the scenery is spectacular. With the Italian Dolomites edging your views to the south, and the Grossglockner only 25 miles north, the Alps are in a crinkly, secretive mood in these parts, plunging from serrated ridges down to all-but-forgotten villages. And yes, the pistes are good too: notably, the scintillating top-to-bottom run from the 2407m peak of the Thurntaler, all the way back to Sillian, 1300 vertical metres below. But you can’t help feeling this will always be the backwoods of Alpine skiing – served by fiddly roads, in a part of Austria hardly anyone has heard of. The proof is in the number of skiers you’ll find cruising its broad, sunny slopes. Midweek, you can ski entire pistes on your own. 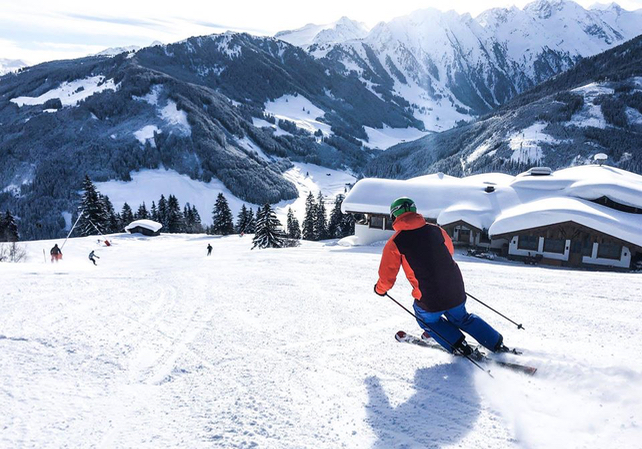 The Zillteral isn’t a single resort. It’s a valley lined with ski areas: and it has only one proper resort from which to fill their slopes. This is Mayrhofen: an upbeat, buzzy ski town, whose British, Danish and Dutch guests tend to ski on the slopes served by the resort’s two main lifts. All the other lift systems – Hochfügen, Hochzillertal, the Zillertal Arena, and the Hintertux – draw their guests from much smaller bed bases, or rely on weekenders for their business.

The result? Given the extent and quality of the skiing, this is an extraordinarily uncrowded place to ski. Admittedly, weekends can get busy: but from Monday to Friday, this is the place to get your big-skiing experience, without the big skier numbers that usually go with it. There are 535km of piste in all: served by a single skipass, they offer everything from broad, glacier boulevards to the freerider-friendly slopes of Hochfügen. To get the most from it, bring a hire car, and promise yourself you’ll ski a different mountain every day. It’s hard to think of a place that offers greater skiing diversity, along with the elbow room to enjoy it properly.