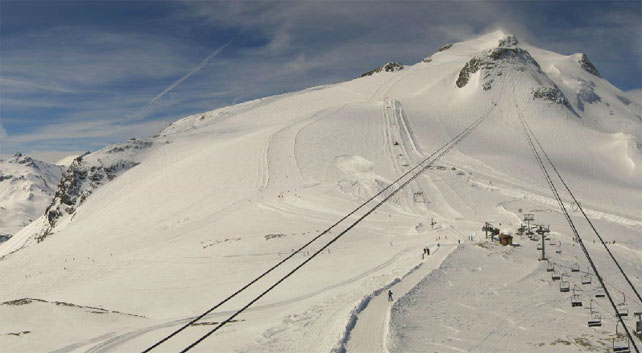 Pictured above is what spring skiing is all about: dazzling scenery, courtesy of the high Alps; heroic lift systems, which whisk you to places usually reserved for gods and ravens; and – best of all – fresh snow.

This particular slice of late-season heaven came courtesy of the Grande Motte glacier above Tignes at lunchtime today. Like all high-altitude resorts in the northern Alps, it’s had several top-ups of snow in the last three weeks – the most recent of which fell at the start of the week (with a dusting again yesterday). More is expected overnight and tomorrow, as our snow forecast for the Alps makes clear. Welove2ski’s Snow Forecast for the Alps, May 2.

It probably won’t be as cold this weekend as first thought. According the French forecaster Meteo Chamonix, the freezing point won’t be dropping much below 1800m. However, at altitude, 10-30cm of snow looks likely to fall across a broad swathe of the region – which will make a great leaving present for Val d’Isere, Cervinia, Obergurgl, Verbier and the Grands Montets above Chamonix, all of which are closing on Sunday. All offer skiing up to – or above – the magic 3000m mark: and on the higher slopes the pistes are going to be in tip-top condition.

In France, both Val Thorens and Tignes will stay open for another week – after which a handful of glaciers in Switzerland, Italy and Austria are the final refuge for spring skiers.


Here’s a quick sample of the cams this afternoon – as the weather begins to change in the west. First up is Val Thorens, where the cover is currently 80-190cm deep.

Pictured, below, is Cervinia, which now has a whopping 370cm on the highest slopes, thanks to several meaty late-season dumps. 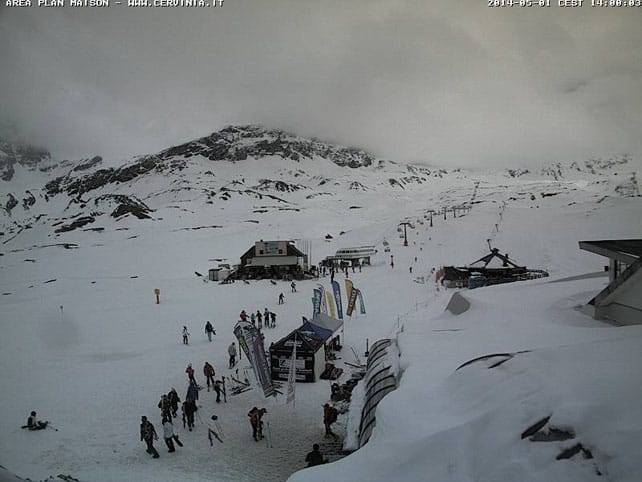 Finally, pictured below is Obergurgl, where the snow is just 20cm deep on the lower pistes, and 131cm on top. Once the resort has closed, the action in Austria will switch to glacier areas such as the Hintertux, which is open all year and currently has 385cm of snow bedded down on its higher pistes.

It’s been a cracking week out in the American Rockies. Not that there are many resorts open to take advantage of the snow, mind. But in Utah Snowbird is still spinning its lifts – and after heavy snow on Monday, Tuesday turned out something like this… 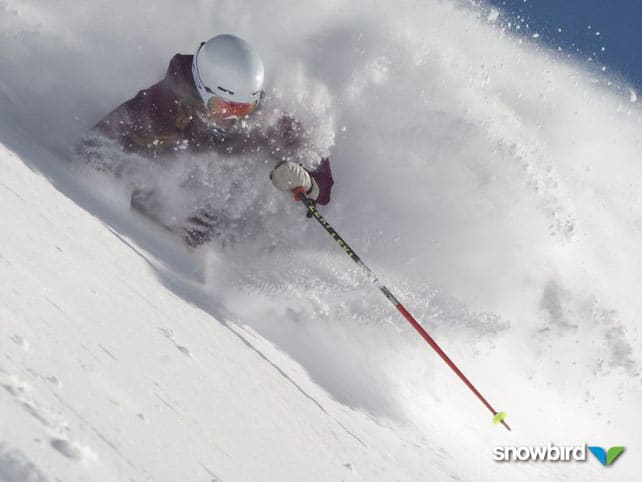 The snow then moved on to Colorado. It wasn’t as heavy, but there was powder nevertheless in Arapahoe Basin yesterday morning – and big smiles from those lucky enough to ski it. 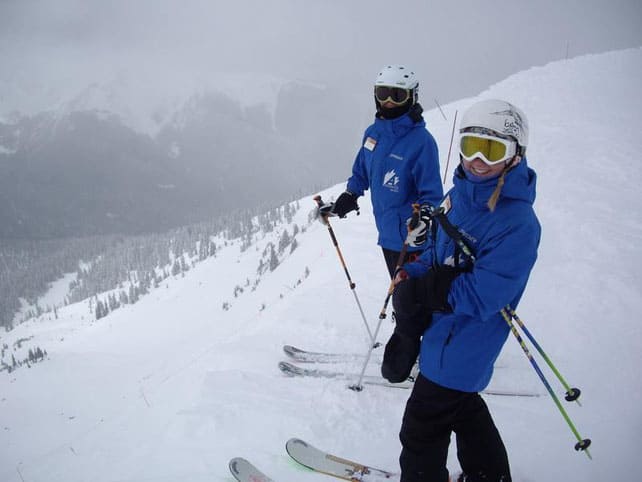 At the weekend, the action is due to switch to the Canadian Rockies, where Lake Louise in Banff National Park could see heavy snow at the start of its final week of skiing (it closes on May 11).

One Response to “Snow Report, May 1”