A Spectacular Day of Powder in Australia 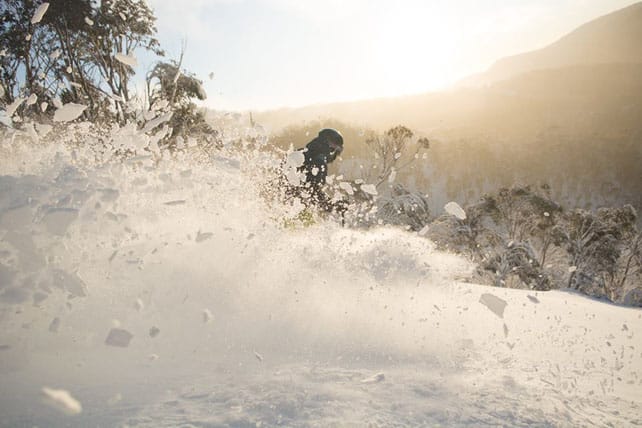 Are you missing the snow? Then you’d better look away right now. They’ve just had a magical powder day in the Snowy Mountains of Australia.

The storm hit on Friday night, and had dumped 60cm on the resort of Thredbo by Sunday. Then the sun came out – and look what the resort’s video department posted on Monday…

All in all, July has seen a big turnaround in conditions at the Australian resorts. There was 50cm+ dump in many of them during the cold snap of July 9-16 – and now this. I wouldn’t call it a vintage season, yet: June was very dry (although cold enough to run snow cannons on many nights), and there have been several mild interludes between the July storms. But the forecast is looking promising for the weekend. Right now, there’s no place I’d rather be skiing.

So far, the dominant theme of the southern hemisphere season has been the consistently cold and snowy start to winter on the South Island of New Zealand. However, that long-standing weather pattern has become more changeable of late, and this week started with very warm, humid air flowing down from the sub-tropics.

It’s very far from being a washout, though – as you can see from the shot, below, of The Remarkables this morning. Temperatures have now dropped back, and there was a dusting of snow last night, with more falling as the resort closed at the end of operations today. Settled snow depths range from 100-150m across the ski area, although off-piste the snowpack is hard away from the pockets of windblown powder. 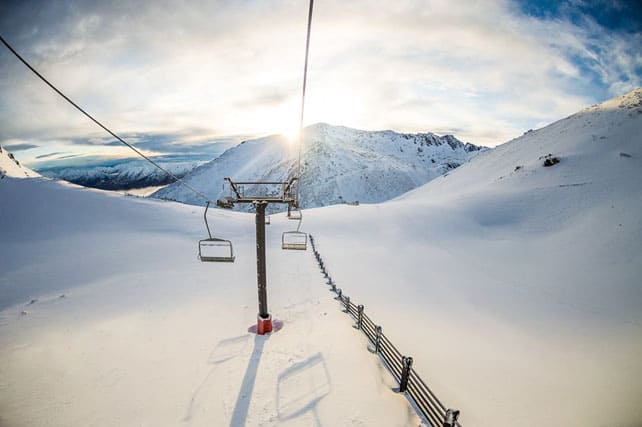 The outlook is for windy weather, turning wet as the weekend approaches. Snow will fall down to 1200m – well below the base lodge at the Remarkables.

Meanwhile, this was it was looking at Treble Cone near Wanaka this morning… 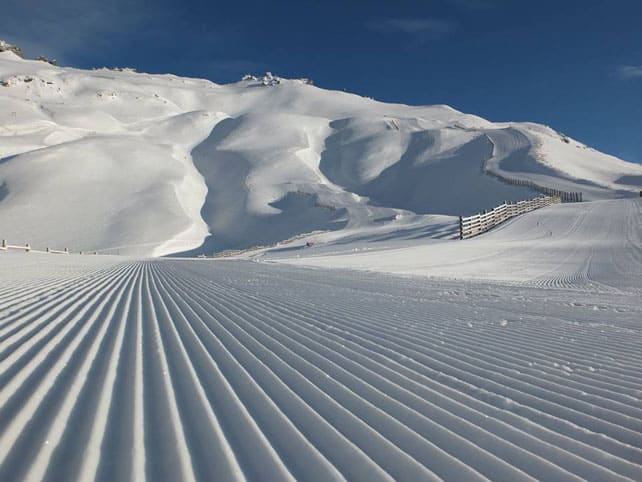 In the Andes, there’s fresh snow in the south

Pictured below was the scene in Catedral Alta Patagonia in Argentina yesterday. There should be plenty more fresh snow there this week as a series of weather fronts cross the region. 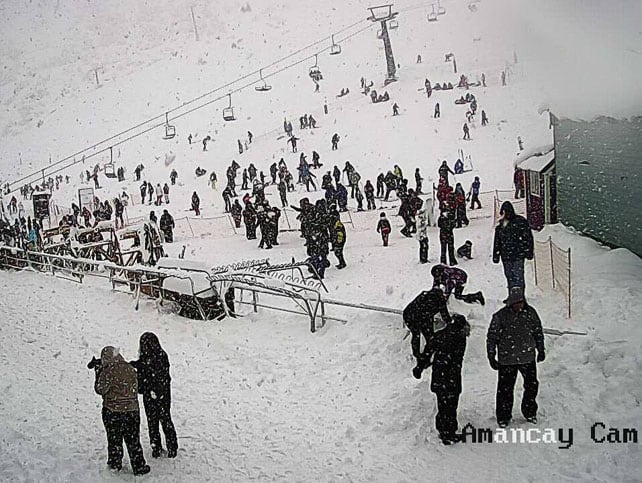 These fronts will spread their snow as far north as Santiago, so the resorts there – such as Valle Nevado and Portillo – should see a sprinkling of the white stuff, and maybe more. But it’s unlikely they’ll get a second big dump of the season, to help make up for their snowless June. There was much talk of El Niño bringing heavy snow to the region this winter, but so far the southern end of the Andes has been the main beneficiary.

It’s till warm in the Alps

The weather has cooled off a bit in the Alps this week, as weather fronts from the Atlantic finally push across the region. There are likely to be showers, too, and at the weekend these could become thundery and heavy in France.

However, the drop in temperature is only relative – and it’s unlikely the freezing point will drop much below 3500m during the day. It’ll be back up to 4000m on Sunday – which means the early and prolonged thaw on the Alpine glaciers will continue. After more than a month of exceptional heat across the region, they’re looking threadbare…

No Responses to “A Spectacular Day of Powder in Australia”