Another Powder Day in New Zealand

New Zealand’s memorable start to winter continues. On Sunday night, there was light to moderate snowfall across the Queenstown and Wanaka resorts on the South Island. The Remarkables reported 20cm, Coronet Peak 15cm and Treble Cone 10cm.

Here’s how it was looking at The Remarkables on Monday. 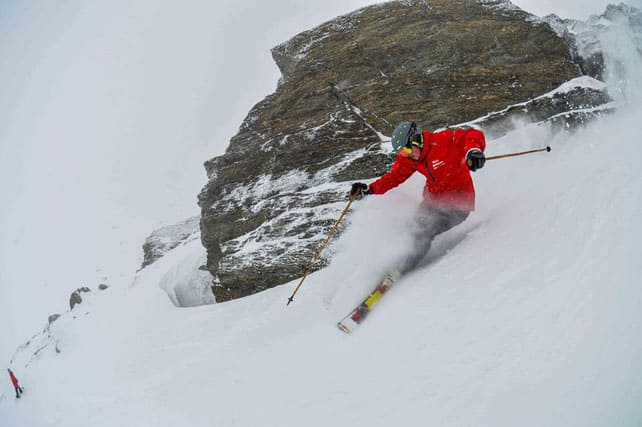 And this was Coronet Peak today. The settled cover here is currently 85-185cm deep on the trails. 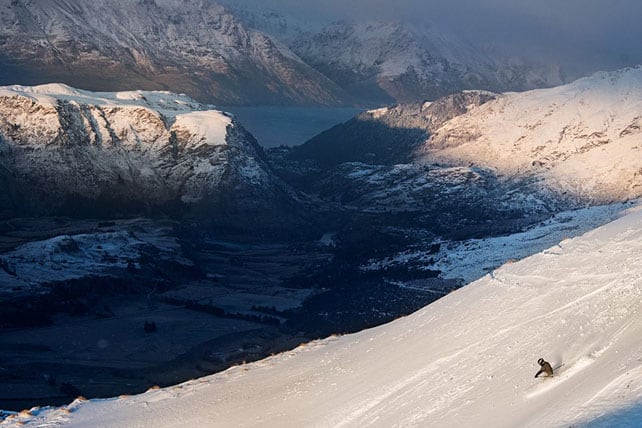 The weather is going to frigid this week, with cold southerly winds bringing snow showers, especially to eastern areas of the South Island. That’s good news for the Canterbury resorts such as Mount Hutt.

However, after a sunny, frosty weekend there is the chance of the weather warming up significantly next week, as milder air moves down from the tropics.

At last, there’s been snow in the central Andes

In South America, it looks as though the Snow Gods were waiting for the end of the Copa America in Chile before they got serious about winter. The final was on July 4, Chile won (on penalties) and then, at last, it started snowing in the central Andes. 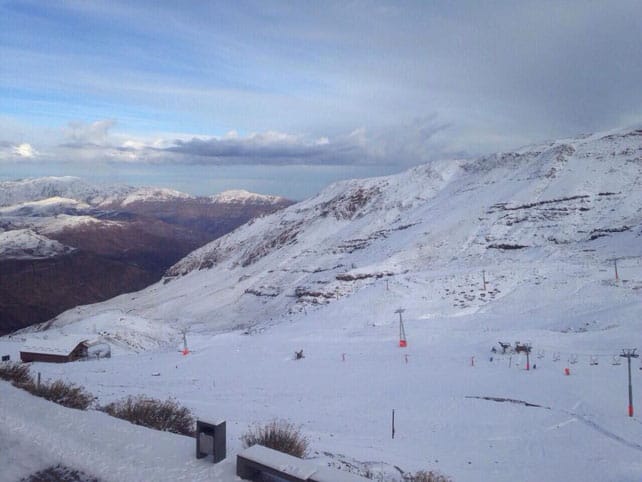 Pictured above is how it looked in Valle Nevado yesterday – the first proper snow in the resort for over five weeks. It’s not enough to open the resort, whose season has been seriously delayed by the snow drought. But the good news is that there’s more in the forecast for the weekend, and it looks like it will be heavy. There’s been snow in Portillo, too, and there’s the feeling that both resorts will be able to announce their opening days soon.

It’s been snowing further south too. Pictured below was the scene in Catedral Alta Patagonia yesterday. Thanks to this new snow, the resort announced it will be opening today for the start of the winter season. 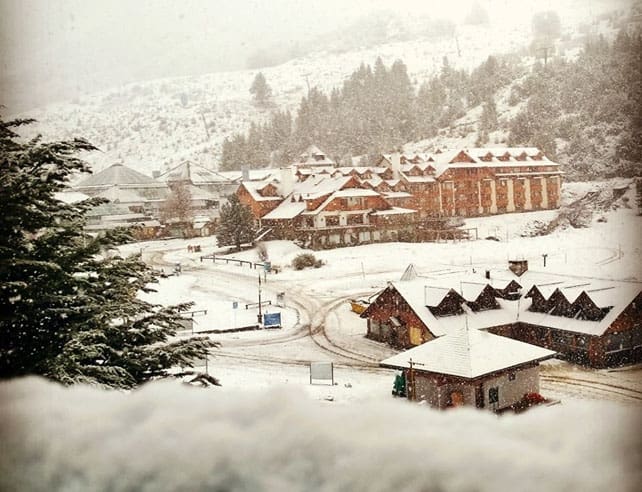 Several ski areas are already open of course, including Las Lenas and Chapelco in Argentina. This was Las Lenas enjoying a top-up on Sunday. 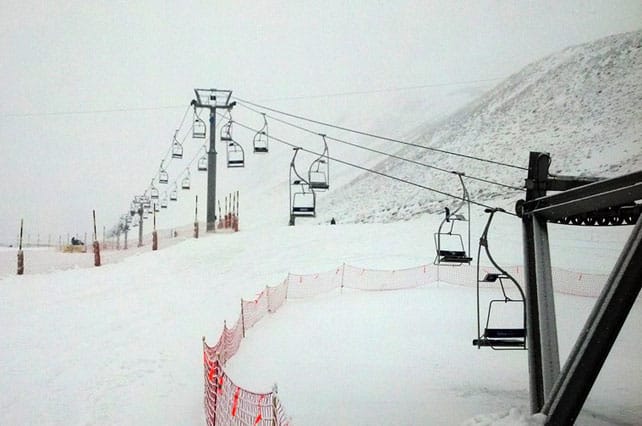 In Australia, they’re expecting snow, too

The Snowy Mountains of Australia have had a rather ho-hum season so far – although many nights have often been cold and dry enough to run the snow cannons. In Perisher, for example, they’ve frequently had 200 guns blasting after sunset, and as result 28 trails are currently open. 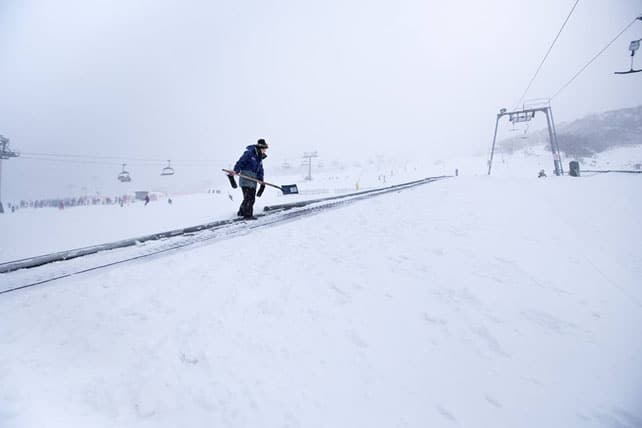 Mother Nature made a long overdue contribution last Friday (pictured above), when she sprinkled 8cm of white across the slopes, and there’s the chance of more snow at the weekend. 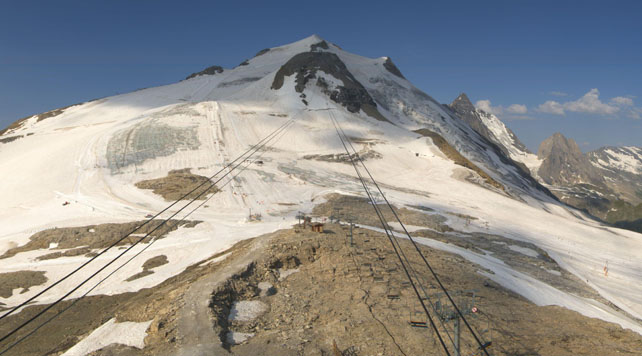 They’re having a heatwave. French forecaster Meteo Chamonix is predicting temperatures of 38 or 39C in the lower valleys today, and a freezing point at 4500m. In Tignes they’re expecting the temperature to hit +10C up on the Grande Motte glacier this afternoon. The snow cover on the glacier has been suffering, as you’ll see from the webcam shot this morning.

It will cool down briefly in the middle of the week, before temperatures rise again at the weekend.

Nevertheless, the summer skiing season is now in full swing – even if it’s warm enough to ski in a t-shirt. These were pupils from the Skigymnasium Stams on the Hintertux glacier yesterday. 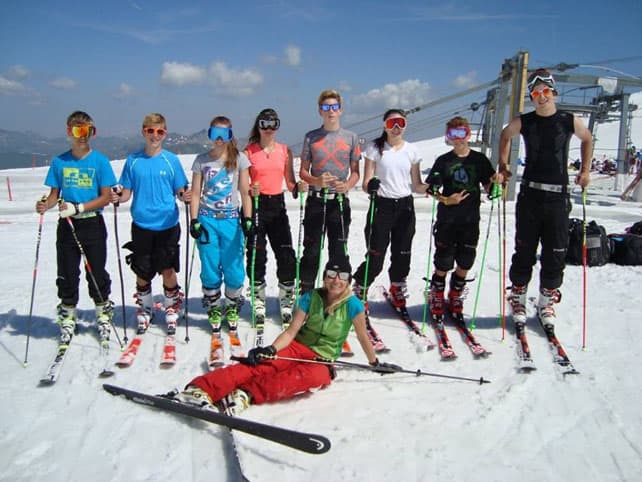 No Responses to “Another Powder Day in New Zealand”