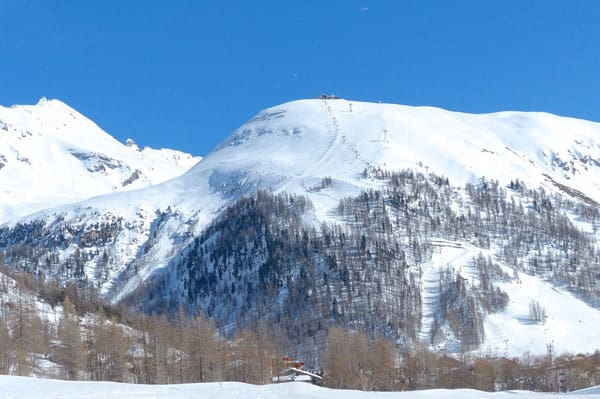 If you’re skiing off-piste in the Alps over the next few days, you’d better be very, very careful: the avalanche risk is up to 4/5 in places.

Why? Well, if you’ve read our recent snow reports – on April 2 and April 11, for example – you’ll know that this spring has been a snowy one. According to the Meteo France’s avalanche service, the snow cover is as deep and extensive as you’d expect in mid-March.

But now it’s getting hot: as hot, in fact as mid-June – and the sudden rise in temperature is causing massive discharges of snow. In France in particular there are warnings of avalanches which will carry off the entire snowpack from a section of slope. Afternoons in particular are a time to be careful: but the general rule is to avoid skiing off-piste for the next few days. It doesn’t sound like you’ll be missing much, anyway. The daytime freezing point is likely to be above 3000m all week – and virtually all the powder has gone now. You’ll need to be skiing on north facing slopes above that mark to find anything like wintry snow.

Further east, there’s been less new snow, although it’s just as a warm now. In Austria, the Tirol’s avalanche service warns that the risk of snow slides will climb sharply as the day progresses, rising to 3/5 almost everywhere by late morning.

Of course, skiing on-piste is still possible, in those resorts where the lifts are still turning. You’ll need to respect signs warning of piste closures (the authorities will probably be blasting to set off controlled avalanches): and you’ll need to get up early, ski hard in the morning and then knock off at lunchtime: because on all but the highest slopes the snow will be very slushy in the afternoon. But if you enjoy kicking back on a sun terrace as much as skiing, you should have a high old time. 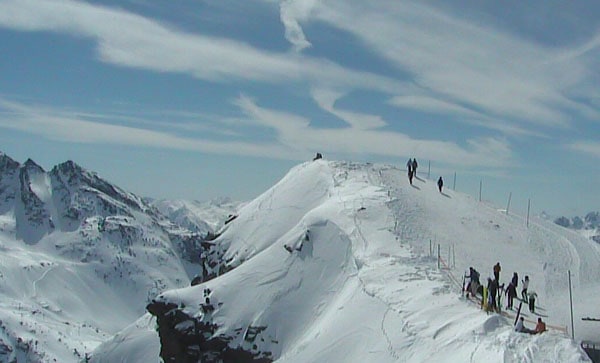 If you’re hunting for fluffy, wintry snow, you’ll need to ski at altitude: for example on the 3200m Cime Caron in Val Thorens. The resort has up to 370cm of snow on its slopes and closes on May 12. Photo: valthorens.com 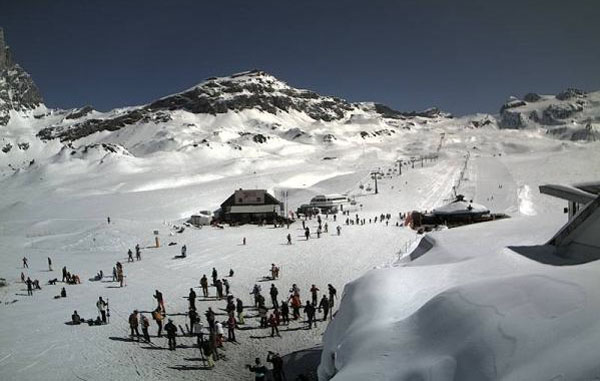 A stunning day above Cervinia – where the snow is up to 335cm deep. The resort closes on May 5. Photo: cervinia.it 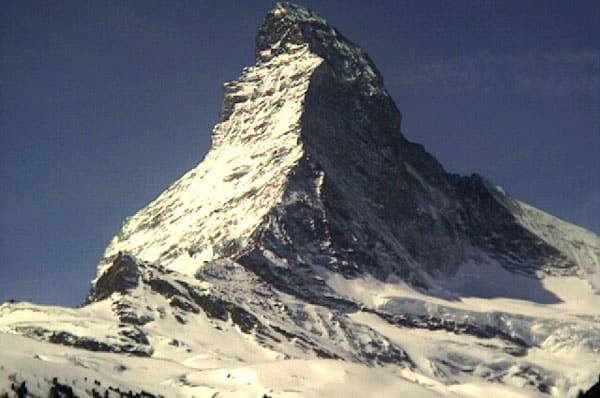 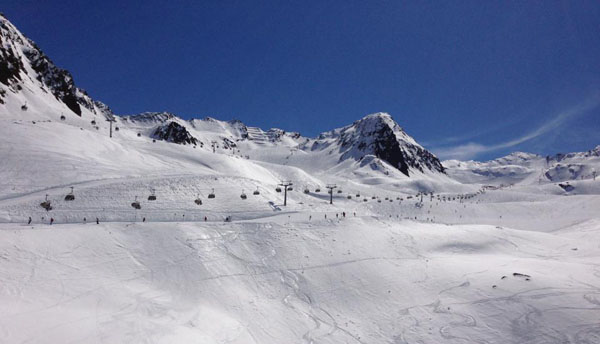 Obergurgl this morning, where there’s up to 185cm of snow on the pistes. The resort closes on April 21.  Photo: © obergurgl.com 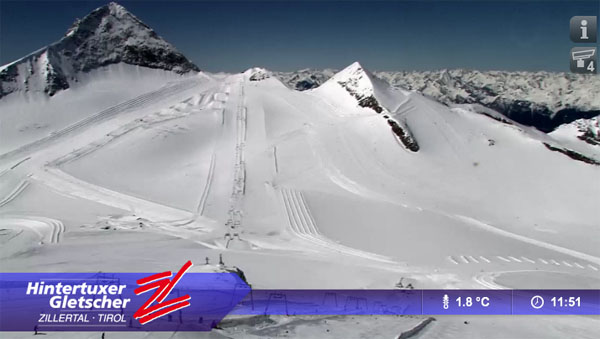 The Hintertux Glacier. As you can see, even here the temperature is above freezing today. Conditions permitting, the glacier will be open all summer for skiing.  Photo: © tux.at

Spring has sprung in Scandinavia, too

Up in Scandinavia, temperatures have risen – at the end of a long, cold winter. It’s +8C at the bottom of the lifts today in Are, Sweden. Just over two weeks of skiing remain here – and the season closes with a long weekend of parties in the village, and freestyle skiing on the upper slopes of the Areskutan. 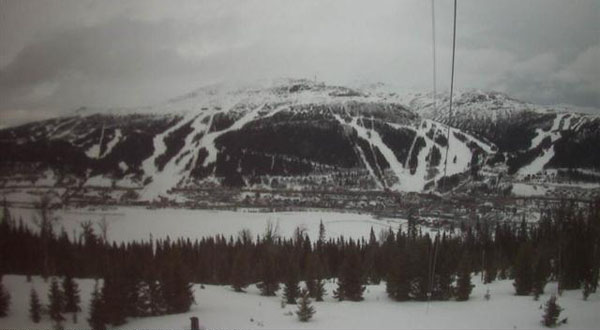 Are, Sweden, this morning, where the temperature has jumped to +8C by the lake. Photo: © skistar.com

In Colorado, the season has ended with a bang

In common with the Alps, lots of ski resorts closed for the season yesterday in America and Canada. In Colorado, they went out in style – with a morning of deep and delicious powder. Beaver Creek reported 38cm of fresh snow, Vail 33cm, Breckenridge and Aspen 30cm each. One of Aspen’s mountains – Highlands – is open for another week, but otherwise all four ski areas are now closed (Steamboat and Copper are among the others that closed on Sunday). However, there will still be skiing up at Arapahoe Basin until June 2. 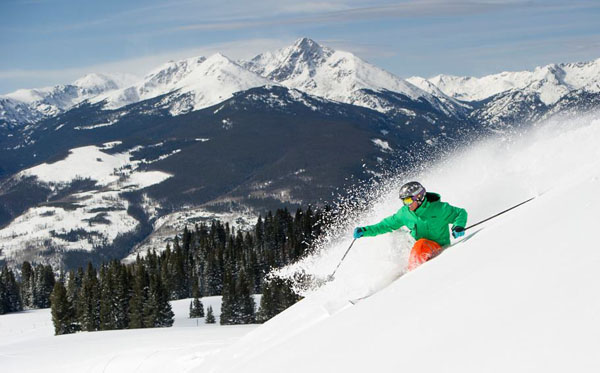 A memorable end to the season in Vail: the resort closed on Sunday with a foot of fresh snow on the slopes. Photo: © Connor Walberg Photography

Up in Canada, the lifts will be spinning in Lake Louise until May 5, until May 20 in Sunshine Village, and May 27 in  Whistler. In Lake Louise, conditions have stayed pretty wintry until now (there was 6cm fresh snow on Friday there, and the high yesterday was -6C). However, it looks as though a mild spell is on the way for the coming weekend. Lake Louise saw more fresh snow on Friday. The season comes to a close on May 5. Photo: © skilouise.com

One Response to “Snow Report, April 15”