What the….?? Have you seen the Alpine snow forecast for the next three days? 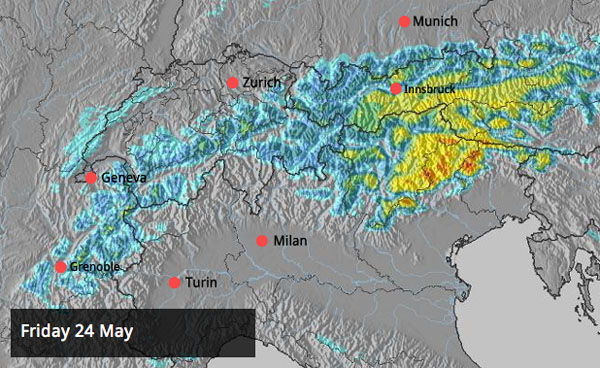 The Welove2ski Alpine snow forecast for May 24…looking a lot more like winter than spring.

And below is the snow forecast for Sunday, May 26. The colour orange in both these forecast means that up to 75cm of the white stuff is expected in places – first in the Italian Dolomites, and then in Switzerland. According to French forecasters Meteo Chamonix, the snow in France could fall down to 1000m on Friday, and 800m on Saturday. Those are midwinter snowfall levels. 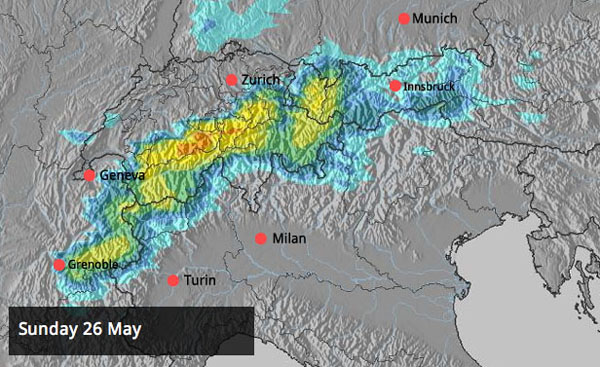 A big dump for for Switzerland Sunday…Our <Alpine snow forecast for May 26.

If you think it all seems a bit far-fetched, check out the conditions at 2400 above the Swiss resort of Engelberg this evening. 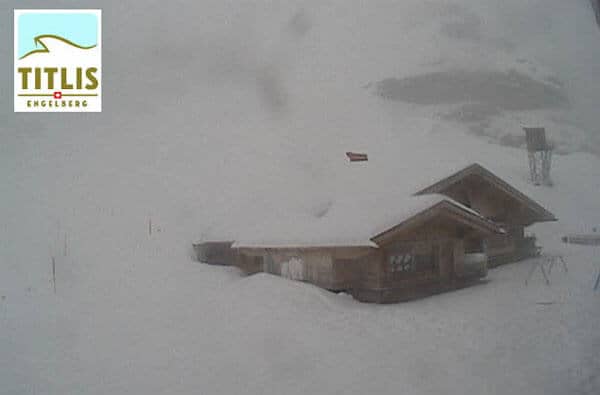 Engelberg. This morning the snow report talked of 10cm of new snow. There’s plenty more since then. Photo: © titlis.ch.

And by the way, did you see what was going on in Scotland this morning? 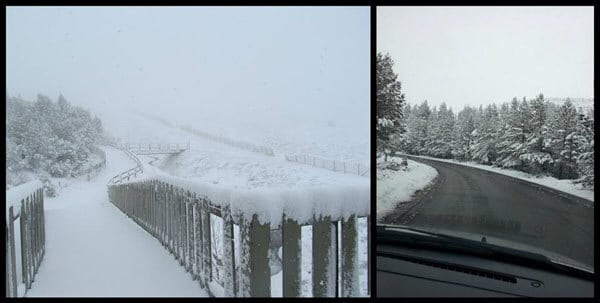 Cairngorm Mountain  – where there was 10-12cm in the car park this morning. Photo: © cairngormmountain.org

If you’re wondering where spring went – then look east. The daytime temperature in Moscow is topping out at around 25C at the moment.

We can thank a misbehaving jet stream for our unseasonal weather: it’s tracking much further south than it should be. Meteorologists are linking it to the change in the Arctic climate, and blame it for the run of poor summers the UK has had since 2007.

In the Alps, its effects are less straightforward. Clearly, they’re suffering from the same effects at the moment, but we can’t take it for granted these conditions will continue. After all, while the UK endured damp, cool summers in 2011 and 2012, the weather in the Alps was hot.

Still, anybody near a glacier ski area where the lifts are still running (such as the Hintertux, Stubai, Kitzsteinhorn and Kaunertal glaciers in Austria, and Zermatt and Engelberg in Switzerland) should keep their eyes peeled for a break in the clouds, and grab their planks at the first opportunity. Powder turns await!

What’s more, given how much snow has fallen this month, there should still be great cover on the glaciers through the month of June. 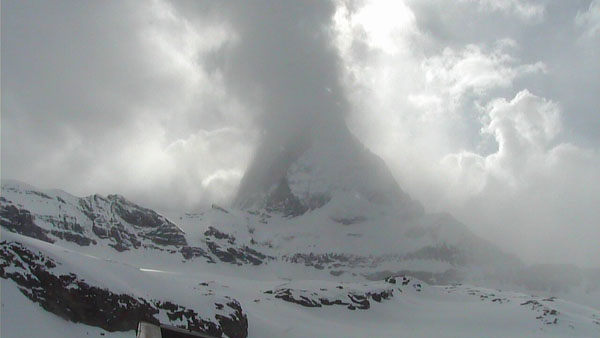 The Matterhorn looking rather dramatic tonight. There is still glacier skiing on offer above Zermatt. Photo: © zermatt.ch

Meanwhile, on the other side of the planet, the new ski season is approaching: and conditions in Australia, New Zealand and the Andes are promising to say the least. Check out the conditions last week in Perisher, New South Wales, below: 21 days before opening day.

Since then, the snow cannons have been running, and there’s still plenty of snow at the summit – as shown in this evening webcam shot today. 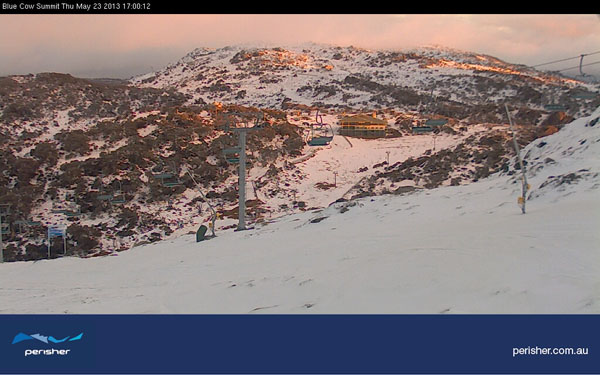 The top of Perisher in Australia, May 23. Opening day is June 7. Photo: © perisher.com.au

Meanwhile, Mount Hutt in New Zealand is in great shape too. The snow cannons were fired up for the first time earlier today, and as the day drew to a close fresh snow was falling. It looks as though much of the weekend over the South Island will be snowy, too. 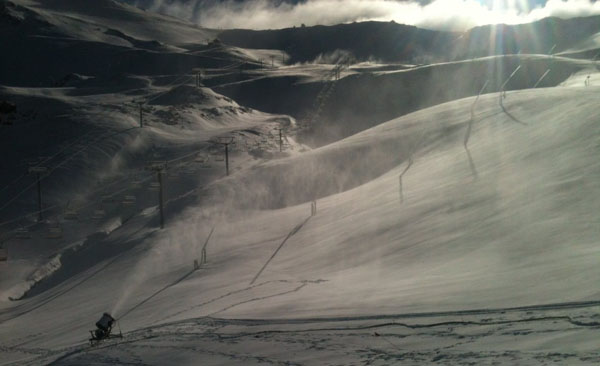 In South America, the season usually gets going a little later in June – but there’s already been snow in the resorts, and big dump is expected early next week.