For anyone fired up about the coming winter, last week was good’un. Not only did we have spectacular – albeit short-lived – snowfall in the Alps (check out our October 16 snow report for pictures): last Wednesday also saw the start of the Colorado ski season, as Arapahoe Basin opened its first trail to the skiing public.

That news was quickly followed by photos of fresh snow in Lake Louise and Whistler in Canada. 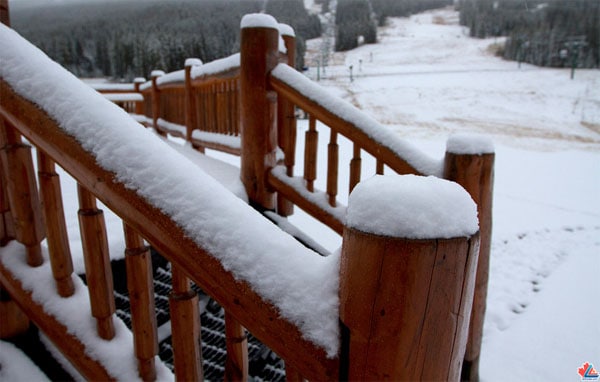 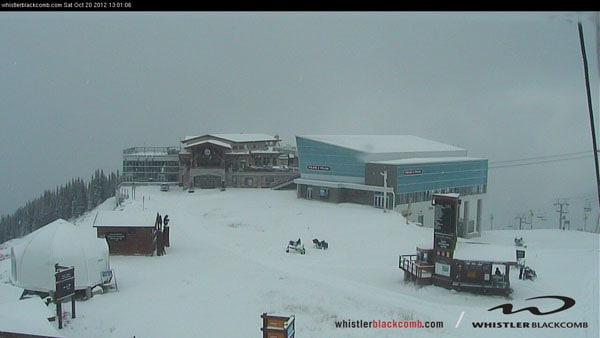 The best picture of the week came from Scandinavia, where there’s been snow, too: enough, in fact, to allow local skier Erik Sunnerheim to hike to the top of the Skutan above Are, Sweden on Thursday. If there’s one shot that sums up the way we’re all feeling now – it’s this. If I had a mountain I could climb right now, that’s what I’d be doing, too… 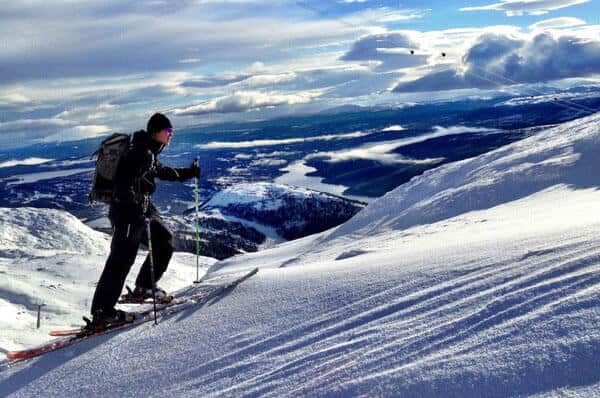 No, not jealous of this guy, at all… Photo: © skistar.com

As I said earlier, the snow that fell last week didn’t last long. A powerful thaw set in almost instantly, and the snowline went scurrying back uphill. That’s fine – it’s only October: and besides, the mid-range forecast is starting to look very interesting. There’s a chance – nothing definite yet – that cold air is going to sink down from the north, bump into warm, humid air over the Alps, and make snow – lots of snow, next weekend. That is of course great news for those of us who can’t wait for winter: but it’s much less helpful if you’re trying to  run World Cup ski races. Next Saturday and Sunday, October 27 and 28, also sees the opening races of the World Cup season on the glacier above Solden, Austria.

Anyway, keep your eyes on the Welove2ski snow forecast over the next couple of days, to see how certain this change in the weather becomes. I’ve got my fingers crossed this is the start of a memorable late autumn/early winter. But I’m not too confident just yet. Over the last few weeks temperatures have been see-sawing wildly, and yesterday rose above 20C in some Alpine Valleys. We’ll probably see a thaw or too yet before the lifts starting spinning in most resorts.

Meanwhile, here’s a rather graphic demonstration of how quickly the snow melted… 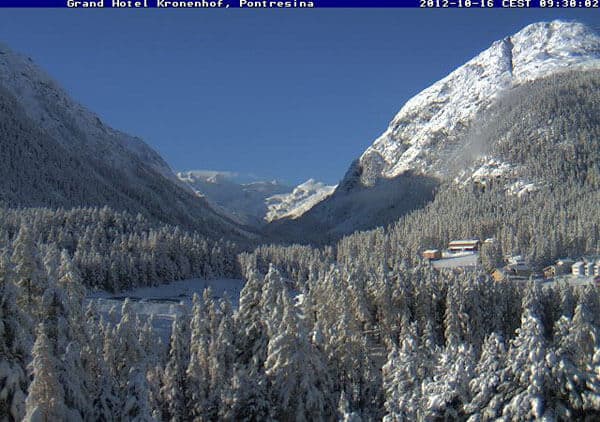 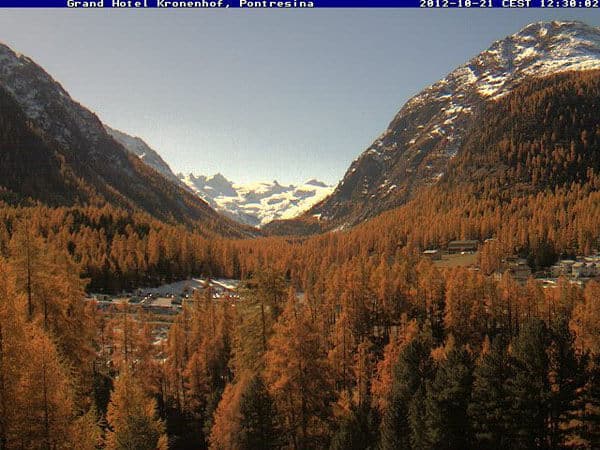 No Responses to “Snow Report, October 22”