A Sudden Change in the Alps – from Chilly to Mild 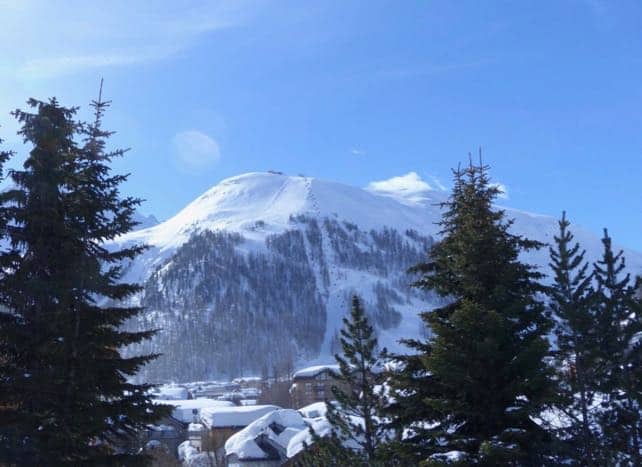 After a brief wintry spell over the Easter weekend, spring is back in control of the Alpine weather. The wind is blowing from the south, the daytime freezing point is up around 2600-2700m, and with the exception of Thursday it’ll stay mild until the end of the week.

Skies have been clear today across much of the region – and conditions on piste were magnificent this morning. But we’re expecting rain and snow across the Italian Alps tomorrow and Wednesday. On Wednesday, many French resorts are likely to see rain below 2000m too.

Then, on Thursday, temperatures will drop briefly, and the skies clear – before warm air returns, and the daytime freezing point rises above 3000m. With the sun out, we’re likely to see the warmest weekend of the year so far on April 7 and 8.

For anyone skiing on-piste this week, it’ll be a question of staying high whenever the skies are clear, and adopting spring-skiing tactics to get the best from the 24 hour cycle of daytime melting and night-time refreezing.

Meanwhile, off-pisters will need to keep a close eye on the avalanche assessments. There was heavy snow in places over the weekend – 45cm above Chamonix, more than 50cm in the East Tirol of Austria, and nearly a metre in parts of central Switzerland – but the new snow bonded poorly with the existing cover, and the sudden jump in temperature has made it even more unstable. Above Chamonix, for example, there have been several big spontaneous discharges of snow today as the mountains have warmed up. The danger level is at 4/5 as a result, which effectively rules out off-piste skiing for now.

So, have we left the wintry weather of recent weeks behind? It certainly looks that way for now. Nevertheless, above 1500m the snow remains exceptionally deep for the time of year across the northern half of the region. In Engelberg in Switzerland, it’s four metres deep at mid-mountain level (and seven metres deep at the top of the ski area). Val d’Isere has cover that’s 227-365cm deep, and in Obergurgl in Austria it’s 110-245cm deep.

This was the view from the top of Obergurgl this morning. 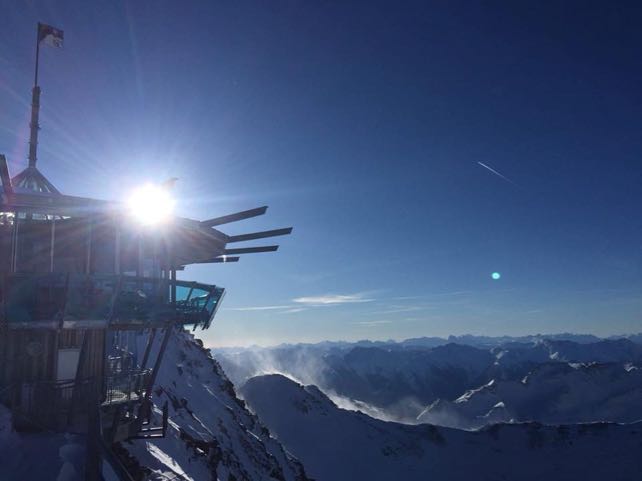 And this was how the pistes in Obergurgl looked after the first wave of skiers had got to them. 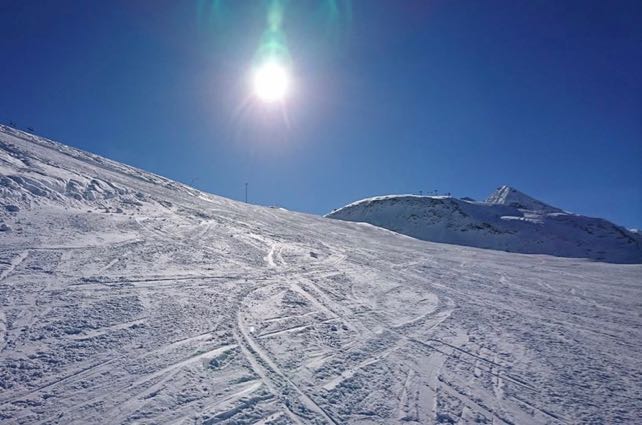 Meanwhile, this the scene mid-mountain above Engelberg this afternoon. 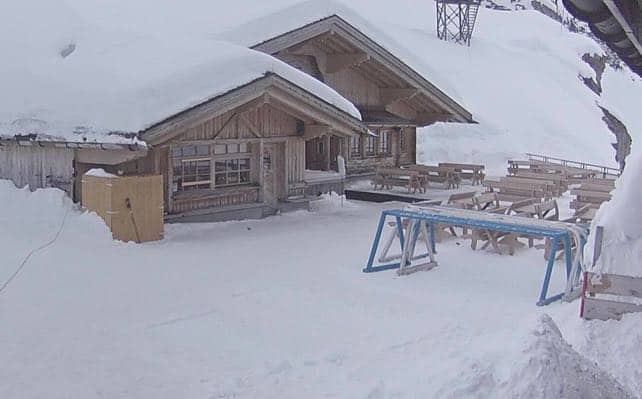 Finally, this was the stunning massif of the Pale di San Martino, near Moena in the Italian Dolomites, in the afternoon sunshine. 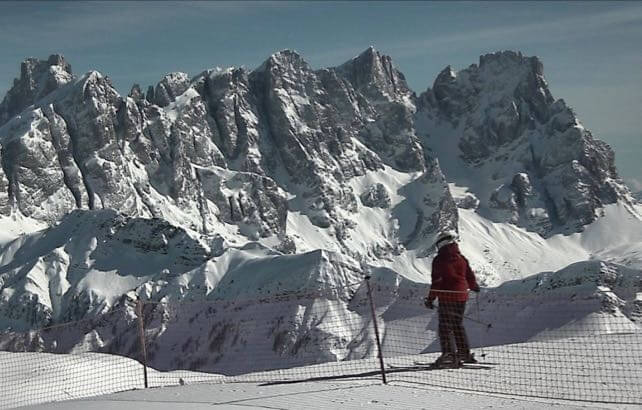