A Cold and Snowy Easter Weekend for the Alps 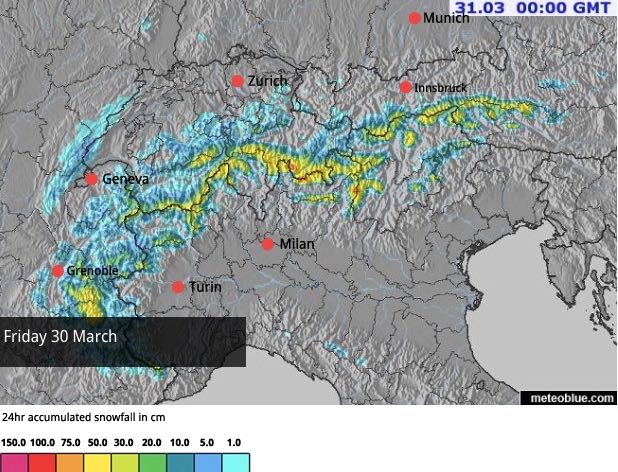 So we’re not quite done with winter after all…

When I wrote Monday’s Snow Report, it looked as though the Easter weekend would be dominated by a south-westerly airstream, mild temperatures and heavy rain at lower altitudes. But the forecast has changed significantly. Now it looks as though Mother Nature will be sending us a cold front, with Sunday being particularly chilly.

In Austria, the daytime freezing level will be down to 1200m, and in the French Alps it could sink to 1000m.

There’s likely to be plenty of snow, too. It’ll affect the western Alps first – on Friday night – before spreading east on Saturday; bringing 30cm to many parts of the French Alps and Switzerland. Most Austrian resorts are likely to see 20-30cm.

On the highest mountains, along the main Alpine ridge – from France right through to Austria – there’s going to be half a metre.

Here’s the March 31 snow forecast for the Alps. 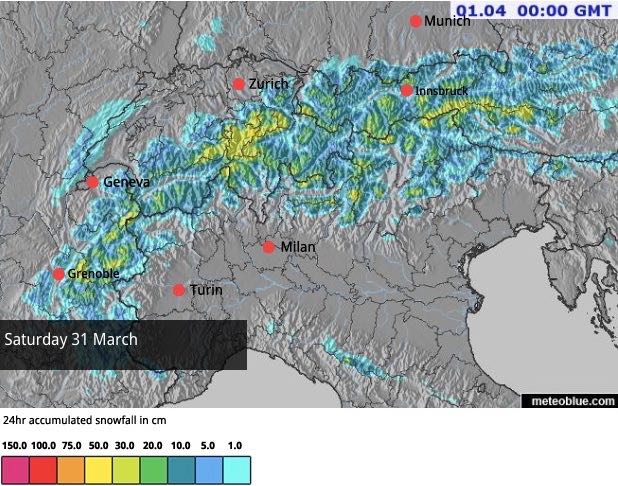 Then, on Monday, it’ll suddenly warm up as the wind swings into the south – so if skiers want to enjoy proper, wintry snow, they’ll have to ski it this weekend (Sunday should be sunny in the south and west). Then on Monday, when the freezing point jumps above 2000m again, they’ll need to revert to spring skiing tactics.

At least it’s going to be fairly dry on Monday. Yesterday it was raining hard at mid-mountain level in many places, and the wet snow has become unstable off-piste. As a result, the avalanche risk has crept up to 3/5 across much of the northern Alps. Off-pisters will need to be cautious, and read local assessments carefully. In fact, it’s best – as ever – to hire a guide.

After that, the weather is likely to be cooler in the western Alps than in the east, and become changeable again. Skiers will need to stay light on their feet and adapt quickly to changes in the weather – and they can expect to ski lots of different kinds of snow.

One thing they can be certain of, if they’re in one of the higher resorts: deep cover on the pistes. In Val d’Isere, for example, there’s still well over two metres of the white stuff bedded down at village level – and much more higher up. Cervinia has 220-390cm of cover, and in Obergurgl in Austria they have 105-245cm.

Here’s the Matterhorn/Monte Cervino above Cervinia this afternoon. 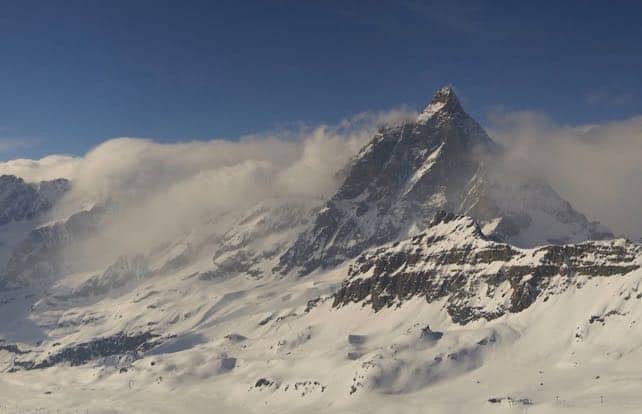 This was the scene above Courchevel in the Three Valleys this evening. 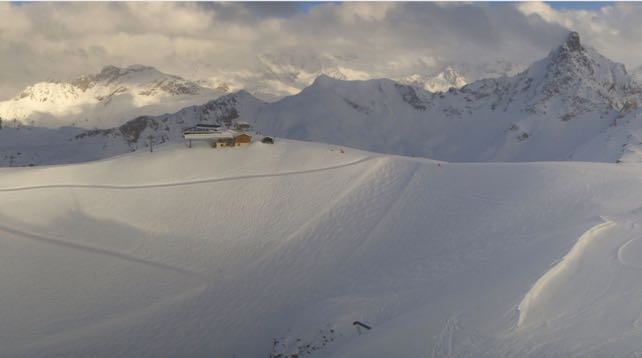 And this was the top of Solden in the Austrian Tirol. 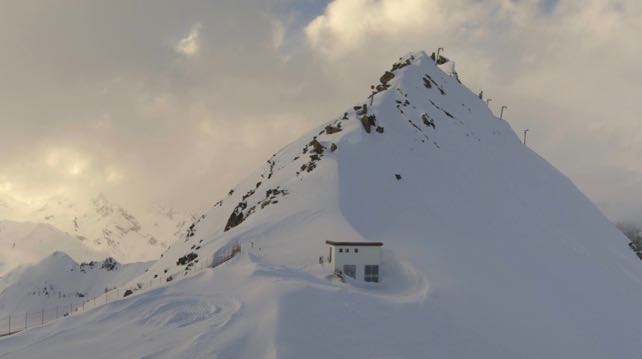 So as you can see, we’re not short of flake or two, especially in the higher resorts…