End-of-Season Snow for the Alps 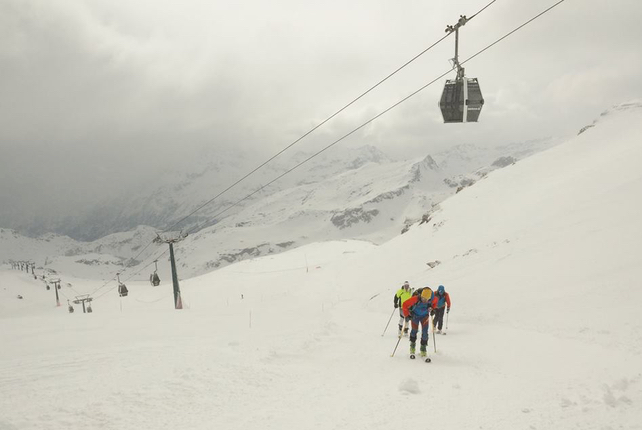 Easter’s behind us, and most ski resorts have now closed. But that doesn’t mean we’ve seen the last of the snow.

After a mild and sunny holiday weekend the weather has become changeable once more, and at altitude there’s been snow today in the Italian Alps. Increasingly, this is leaking into neighbouring resorts in France, Switzerland and Austria. As I write, it’s currently snowing in Obergurgl in the Tirol, for example. This pattern is likely to continue tomorrow, and will bring periods of heavy snow to the southern half of the region – as well as rain in the valleys and at village level.

Meanwhile, across most of the northern Alps a foehn wind will be blowing. That’s not brilliant news: a southerly wind means mild temperatures even at night and generally cloudy skies. But it will fade on Thursday, to be replaced by a west wind, cooler air and – in many places – snow. We’re not expecting big dumps, but it will fall down to 1000m for a time on Thursday night. Snow showers should continue into Friday, and it will stay cool-ish on Saturday too.

Sunshine and spring temperatures are due to return on to France on Sunday, but it’s likely to be cloudy still in Austria. 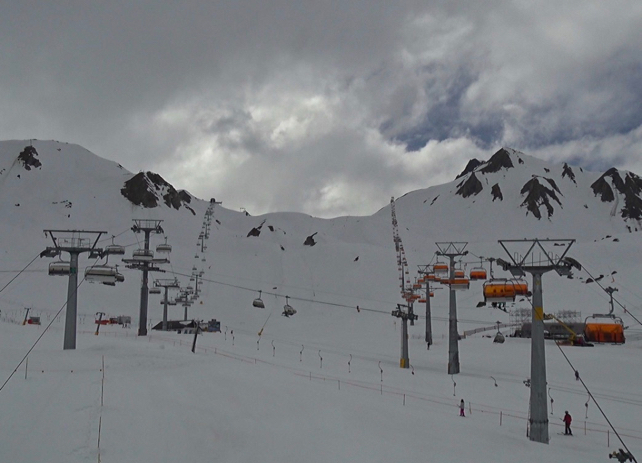 In other words, conditions for the final weekend of skiing in many resorts – such as Ischgl and Obergurgl in Austria, and Val d’Isère in France – should be pretty good, given we’re almost in May.

This hasn’t been a rerun of the wintry April of 2018. But on shady slopes at altitude, there’s still plenty of cover, both on-piste and off (Val has up to two metres of snow on the highest slopes, and Obergurgl about a metre). If you can catch some freshly-fallen snow, or find a slope that refroze overnight and is just beginning to soften up, you’ll make some very smooth and enjoyable turns. Just remember – if temperatures rise – to knock off before it gets too slushy, and retreat to the nearest available sundeck.

Now then, where are my hiking boots and running shoes? It’s time to start thinking about summer.

No Responses to “End-of-Season Snow for the Alps”