More End-of-Term Snow in the Alps 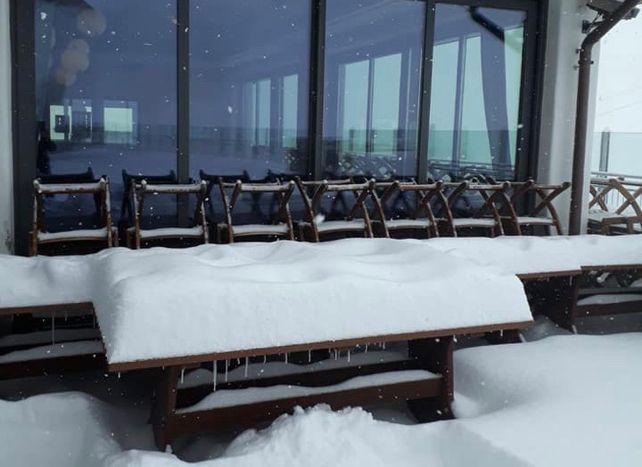 Has the weather gone into reverse? Maybe Mother Nature has realised winter was rather short this year, and is attempting to turn the clock back to mid-March.

Whatever the reason, the end of the mainstream ski season has been marked by low temperatures, strong winds, and – in places – heavy snow.


The heaviest falls have been seen in the east, where Austria’s Hintertux glacier reported half a metre of fresh snow this morning. There’s been plenty more since then, and the white stuff is expected to continue falling overnight.

Meanwhile, Ischgl – which closes tomorrow with a mountainside Lenny Kravitz concert – notched up 15cm of snow overnight, and has had more today. Here’s how the stage looked late this afternoon. 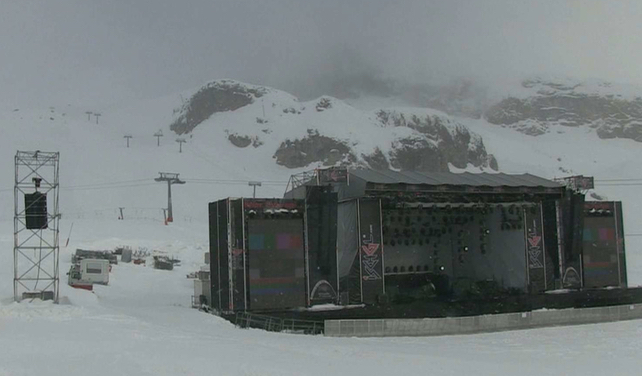 Thanks goodness the skies are set to clear tomorrow morning.

The western Alps have seen more snow too. Jane Bolton of Erna Low tells me she’s just had a white-out weekend in Tignes – which is a shame, because the clouds lifted this morning, to reveal over 30cm of powder on north-facing slopes. This was the sunrise over the resort today. 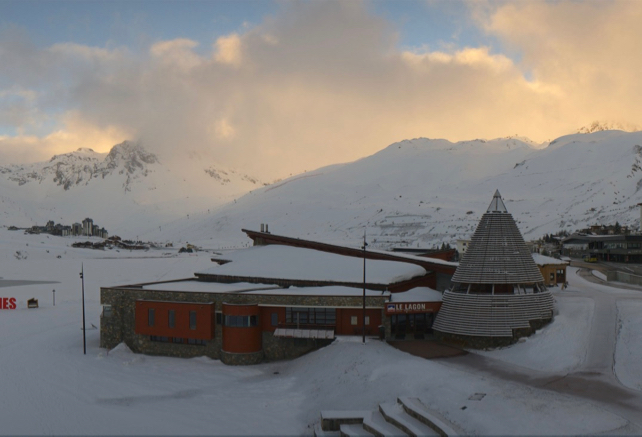 And this is how neighbouring Val d’Isere looked as the locals got to work on the fresh cover. Many thanks to John Yates Smith of YSE for the photo. 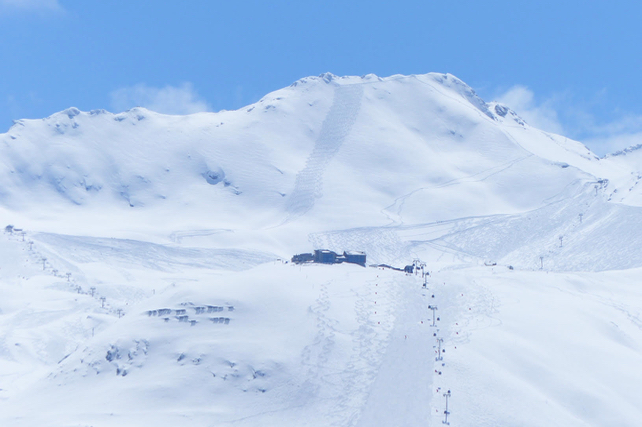 Val d’Isere closes on Wednesday and Tignes and Val Thorens on Sunday May 5 – after which the action switches firmly to the glacier ski areas of the central and eastern Alps, such as the Hintertux and Stubai glaciers and the top of Zermatt.

It looks as though they’ll be offering some excellent skiing, too. The immediate forecast for the Alps is for the weather to dry out and warm up: but by next weekend, another wintry blast is in store. Here’s the ECMWF’s prognosis for May 5… 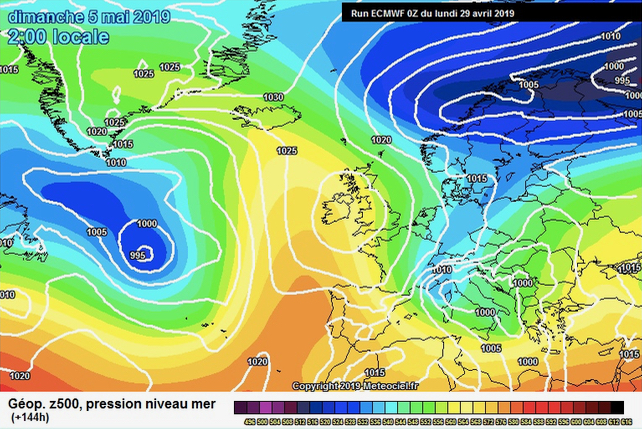 No Responses to “More End-of-Term Snow in the Alps”