Just because it’s July 12, that doesn’t mean we can’t bring you the white stuff. On the other side of the planet, it’s been puking snow.

Here’s how Valle Nevado, near Santiago in Chile, looked this morning – at the end of storm that kicked off yesterday, and has brought an 15cm of fresh snow to the slopes. 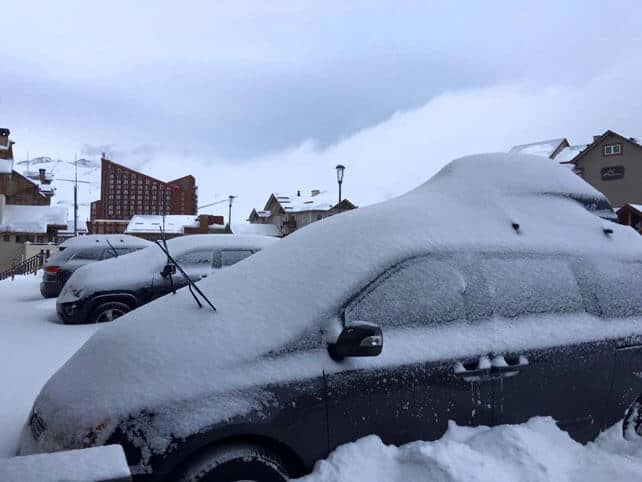 And here’s how it was looking in Portillo nearby. They’ve had 27cm so far here. 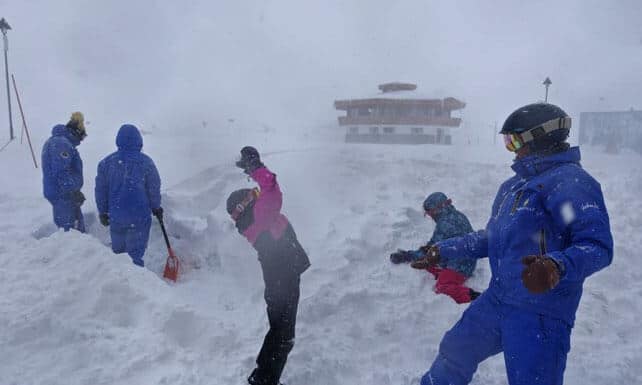 Meanwhile in Las Lenas they were claiming 60cm of fresh snow in the base area yesterday morning. 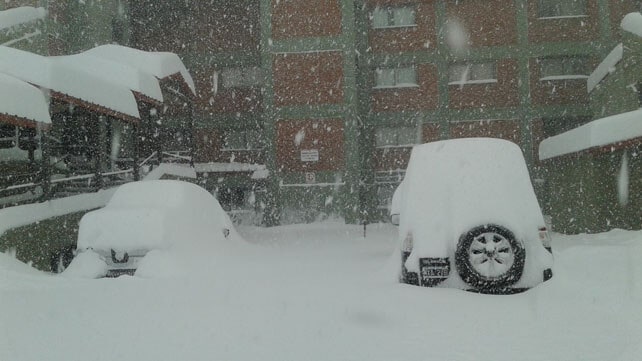 There’s plenty more of the snow in the forecast, too – with another meaty storm due in on Wednesday.

In Australia, it’s been snowing too…

This was the scene in Perisher, New South Wales, earlier today. 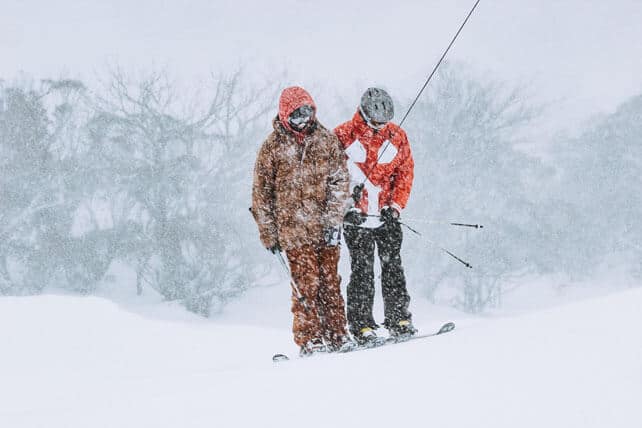 The resort reported 15cm of new snow today, accompanied by high winds, and there’s more in the forecast. Over in Thredbo, nearby, there was some wild talk of 60cm falling before the storm blew itself out: but that seems a little optimistic. Around 40cm is a more realistic prediction, which is still fantastic news for the Snowy Mountain resorts.

Regular followers of our snow reports will know the New Zealand winter has gone AWOL lately, forcing Coronet Peak to shut its trails and preventing Treble Cone from even getting started for the season. Fortunately, over the last week temperatures dropped sufficiently to allow the ski fields to run their snow cannons. 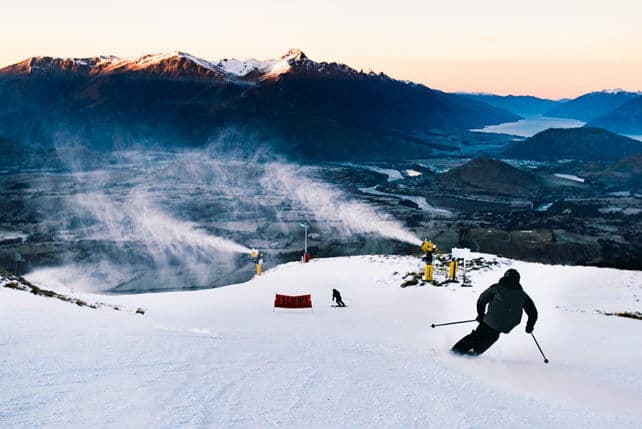 As a result, Coronet Peak (above) was able to reopen on Friday, and Treble Cone got its beginners’ area going on the same day. Now, NZ forecaster MetService is predicting heavy rain, followed by snow in the Southern Alps – which should at least force the season back on course.

And in the Alps…

Check out Thursday’s snow forecast for the Alps! 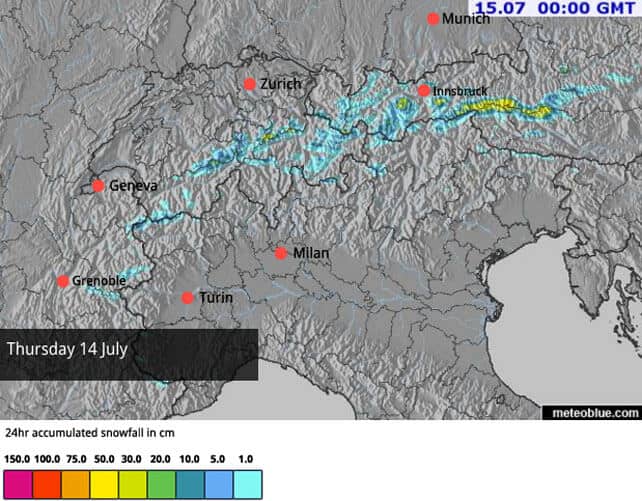 After a couple of balmy weeks, temperatures are heading south in our favourite mountain range. The daytime freezing point is likely to dip to 2200m in both France and Austria on Thursday, and in Austria there could be more than 30cm of snow around the country’s highest peak, the Grossglockner. Whatever snow falls will be a boon for the glaciers which are currently open for skiing. Thursday and Friday mornings in particular are expected to be sunny, and conditions will be sweet – before temperatures turn summery again at the weekend.

No Responses to “Snow Snow SNOW”