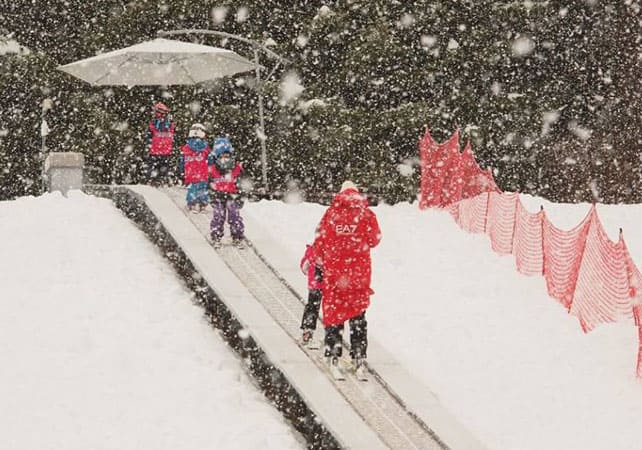 The south-western corner of the Alps is heading for a wild spell of weather – with heavy snow and strong winds forecast for the next couple of days. Elsewhere, it’s likely to be dry, blustery and mild. The daytime freezing point is likely to be at around 2500-2600m, which is typical for late March.

It’s already been snowing, right along the main Alpine ridge – from the southern French Alps to the Tirol in Austria. But the action will shift westwards tomorrow, and focus on the border between the French and Italian Alps. By Saturday, it’s going to bucketing down in places.

Here’s the snow forecast for Saturday. 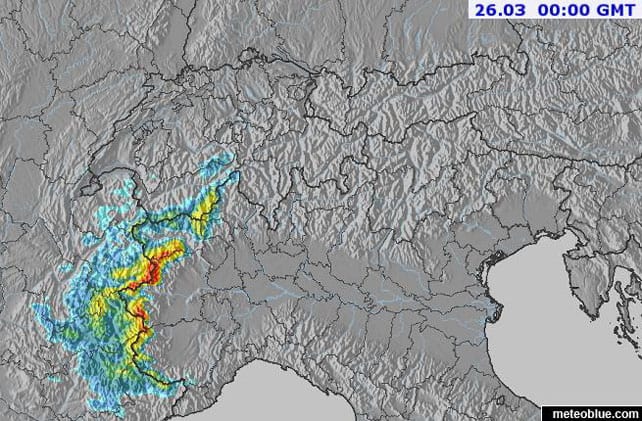 The colour red means a metre could fall in some places in 24hrs (the yellow predicts 50cm in 24hrs). Clearly, resorts in the Italy’s Milky Way and Aosta Valley, such as Pila and Sauze d’Oulx, as well as Val Cenis, Bonneval-sur-Arc and Val d’Isere in France are in for a walloping. South of Grenoble, Alpe d’Huez, Les Deux Alpes and Serre Chevalier should do well too.

Here’s how it was looking at the end of the afternoon in Serre Chevalier today. 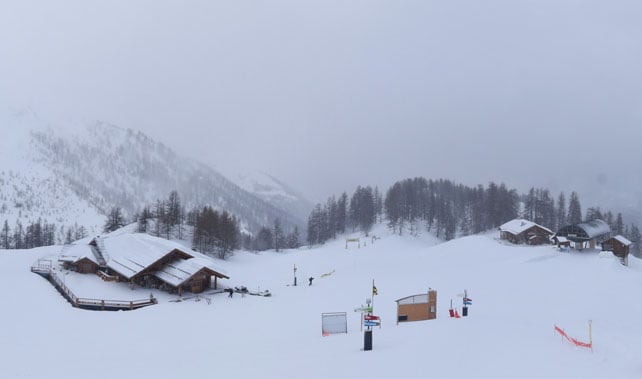 And this is how it looked in Val d’Isere earlier, in the terrain park. 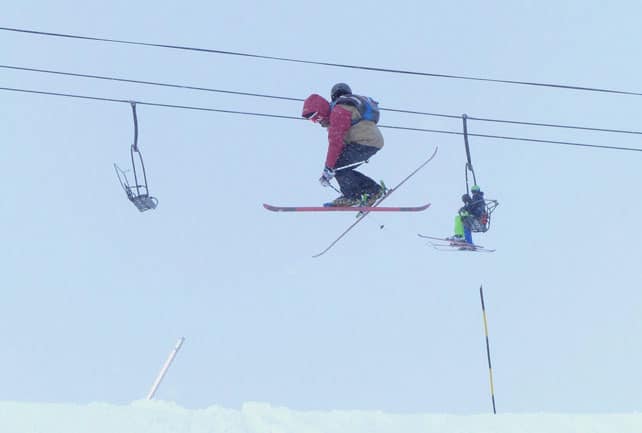 With the wind coming from the south, temperatures will be mild, and the snow won’t be settling much below 2000m. There’ll be rain lower down, too. So as ever at this time of year, aim high if you’re looking to take advantage of the fresh falls.

Meanwhile, in the east, it’s been mild and sunny for the most part today. This video from Kuhtai in Austria sums up conditions nicely. Above 2000m the snow’s not getting too wet: but it’s clearly spring, not mid-winter.

It’s worth noting that parts of the Pyrenees are like to get a pounding on Friday night and Saturday too. In fact, there was fresh snow there overnight. Here’s how Spanish resort of Baqueira looked this morning when the sun came out. 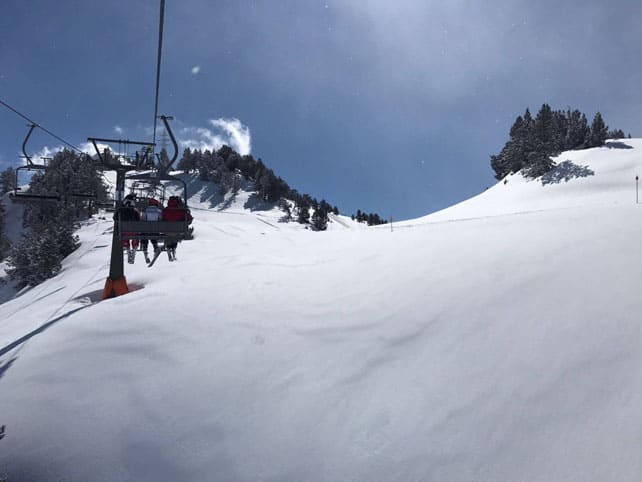 More snow is expected next week, especially in the south and west. But temperatures will generally be spring-like: so don’t expect top-to-bottom snow in most resorts.

No Responses to “Heavy Snow Expected in the South-Western Alps”