Fresh Snow in the East as Temperatures Drop 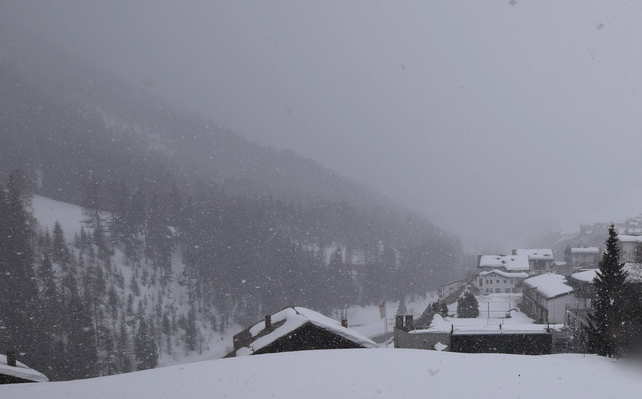 Samnaun this afternoon. The Swiss village shares its skiing with Ischgl in the Tirol. Photo: ischgl.com

It’s been snowing in Austria and much of Switzerland today – and there’ll be more of the white stuff tonight as a cold front crosses the Alps.

By contrast, French and Italian resorts will see very little fresh snow. However, they will be affected by a noticeable drop in temperatures.

In the French Alps for example, the daytime freezing point will be at around 1500m tomorrow and Wednesday. That’s quite a contrast with the very mild weekend they’ve just had, when it was so balmy the snow didn’t refreeze at night, except on the higher slopes.

Here’s Meteoblue’s snow forecast for 10pm tonight in Austria, showing the snow continuing to fall in the Vorarlberg, the Tirol and parts of the Salzburgerland. There’s a similar snowfall pattern expected in eastern and central Switzerland. 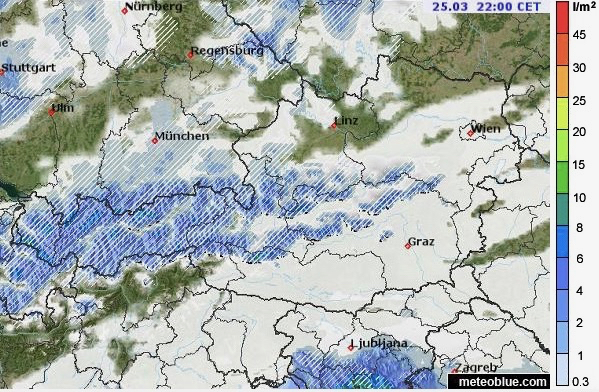 You can see the fresh snow in this webcam shot from Lech in the Arlberg this evening – which shares its ski area with St Anton. 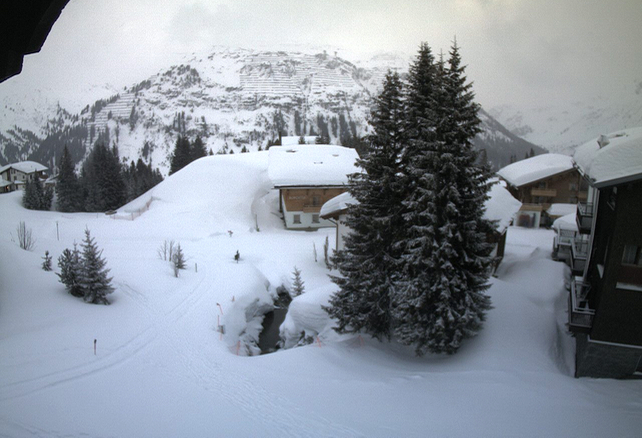 These overnight snowfalls won’t compare with the meaty dumps of March 13-14. But they will freshen up the pistes considerably.

Meanwhile, off-pisters will find mixed conditions on most descents. There’ll be powder around, but also crusty, uneven skiing on slopes exposed to the wind. If you want to find anything like consistent powder skiing, you’ll need to hire a guide.


In the western and southern Alps the chillier weather will mean more of the mountains will refreeze overnight. That’ll mean harder snow in the morning, which is not a bad thing. If skiers wait for the spring sunshine to warm the snow just a little they’ll enjoy gorgeous, velvety skiing for much of the day – provided they follow the sun around the resort (read our spring-skiing guide for more on the best way to tackle last-season snow).

The overall picture is of good snow depths in the northern Alps, and much thinner cover in the Italian resorts.

Once the clouds lift tomorrow morning, the weather this week is looking gloriously sunny. Temperatures will rise on Thursday – and wet, heavy afternoon snow will become more of an issue again as the weekend approaches.

Note that there’s also the chance of more snow at the beginning of next week. Here’s the latest mid-range forecast for April 4 from the ECMWF. Fingers crossed! 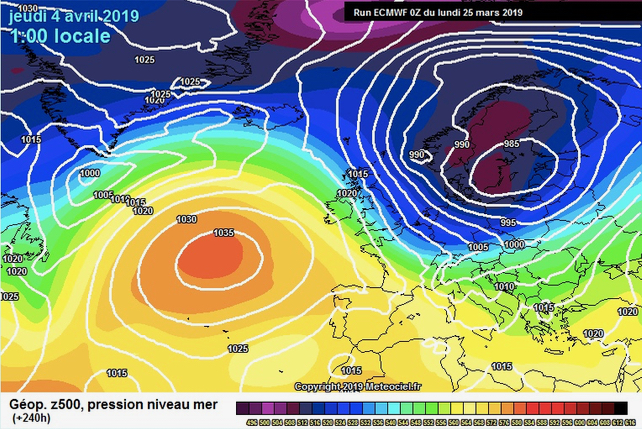 For information on where to ski at the end of the season, check out our guide to the best ski resorts for spring.

No Responses to “Fresh Snow in the East as Temperatures Drop”