Busy Spring Weather and Changeable Snow in the Alps 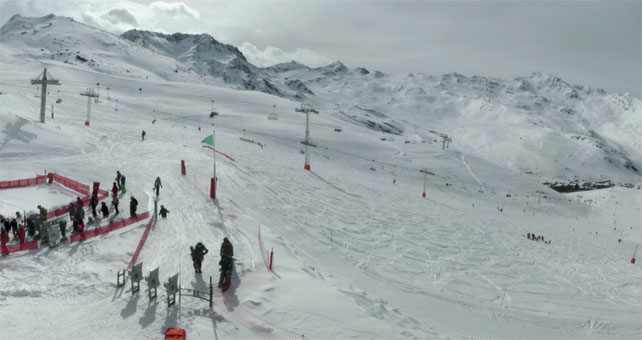 Val Thorens this morning – with 10cm fresh snow on the ground and up to 280cm of cover. Photo: valthorens.com

The Alps have seen a busy spell of weather over the Easter holiday. Fresh snow at altitude, rain lower down, strong winds, yo-yoing temperatures – they’ve all been part of the mix. But the net effect hasn’t done much to shake spring’s grip on the mountains.

We’re not talking about a heatwave: but the extended spell of cool weather that characterised the first three weeks of March has now gone. This week we can expect a mix of rain and snow showers, heart-warming sunshine, and blustery winds – as well as a lot of different kinds of snow beneath our skis.

Across the French Alps and western Switzerland there was 10-15cm of fresh snow at altitude overnight – as you’ll see from the Official Chamonix snow report above. This came on top of light to moderate snowfall on Sunday – and has refreshed the pistes above about 2300m. In a few sheltered spots off-piste there are be patches of powder to be skied by off-pisters, too; although the wind has exposed the hard-packed underlayer elsewhere.

Meanwhile, in the Austrian Alps and eastern Switzerland there was moderate to heavy snow at the end of last week. On Sunday, the Tirol’s avalanche service reported 20-50cm of new snow across much of western Austria between March 25 and 27.

Today, the freezing point will be at 2100m in Austria, 2300m in France and 2400m in Italy, which means the new snow will be getting wet and heavy on south-facing slopes at all but the highest altitudes. On north facing slopes you should however find wintry conditions above the 2100-2400m mark, depending on where you’re skiing.

So if you’re skiing one of the high-altitude resorts, a single top-to-bottom on-piste descent could take you from consistently soft and grippy snow, into hard-packed snow that is beginning to soften in the spring warmth, and down to slushy bumps on the lowest runs. You’ll need to constantly adapt your skiing style to take account of it – so stay light on your feet and enjoy the challenge.

In lower resorts you may find it’s slush all the way by lunchtime. Increasingly, the home runs in such resorts are ribbons of white against the grass.

Expect temperatures to rise over the course of the week – so the need to use spring-skiing tactics to get the best from the conditions will become ever-more pronounced.

Here’s a quick squizz at today’s webcams, starting in Val d’Isere, where there was fresh snow overnight and the cover is 240-143cm deep, depending on altitude. 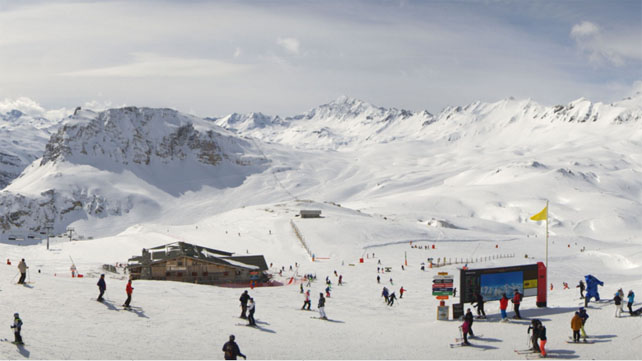 Pictured below is Serre Chevalier, south of Grenoble. Here, the last new snow fell on March 16, and the cover is 15-137cm deep. 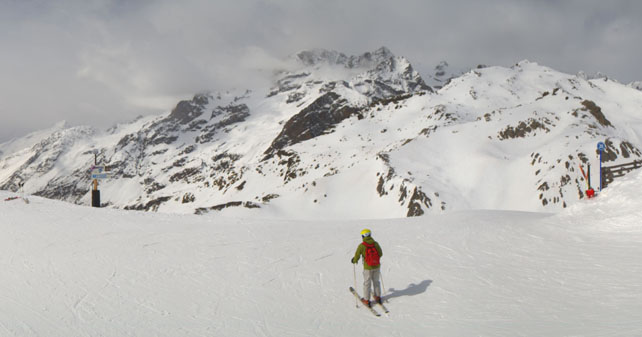 Pictured below is the Allalin glacier above Saas-Fee in Switzerland. The snow here is 95-315cm deep. 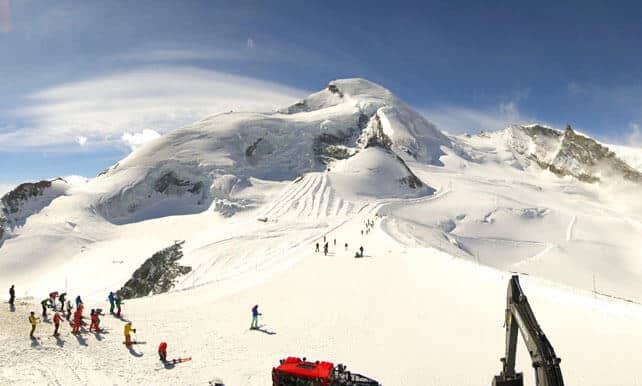 Below is Canazei in the Italian Dolomites. The last snow fell here on March 16, and the cover is 90-140cm deep. 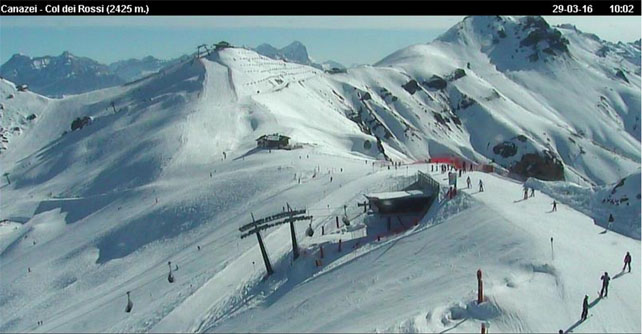 Below is Soll, in the Skiwelt, where the snow is 45-60cm deep, depending on altitude.

And this is high-altitude Obergurgl, where the snow is 26-165cm deep.

March is ending with a bang in Utah, with a heavy, slow-moving storm currently settled over the state. It’s brought snow to the Lake Tahoe resorts in California, too – and it’s snowing today in Colorado, too. But Utah looks set to get the heaviest falls. In Alta and Snowbird, there was 25cm of new snow yesterday, and some forecasts are predicting over a metre of the white stuff by the time it blows out. 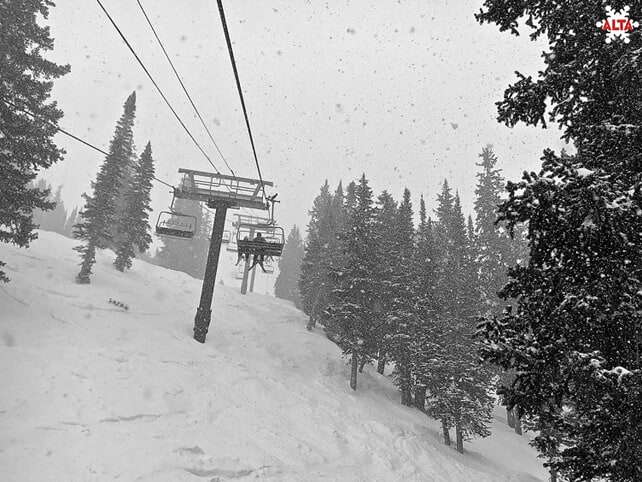 Meanwhile, north of the border, in western Canada, a spell of sunny spring weather is on the cards.