Another Dose of Heavy Spring Snow

Winter’s made another brief comeback in the Alps. It was bucketing down with snow in the northern half of the region this morning; and for a time it was settling on slopes as low as 1200m.

Here’s a brief sample of the morning webcams and Facebook photos, starting with John Yates-Smith’s shot from Val d’Isere this morning. “Let’s not forget, we’re only four weeks from Midsummer’s Day,” he said. 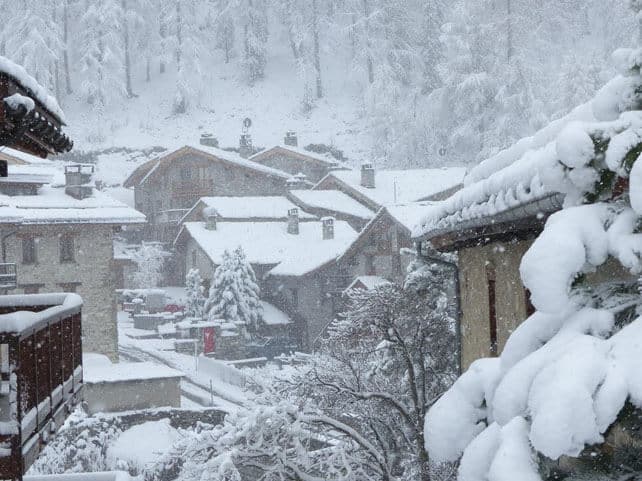 Meanwhile, this was La Croisette at Courchevel at 1850m. 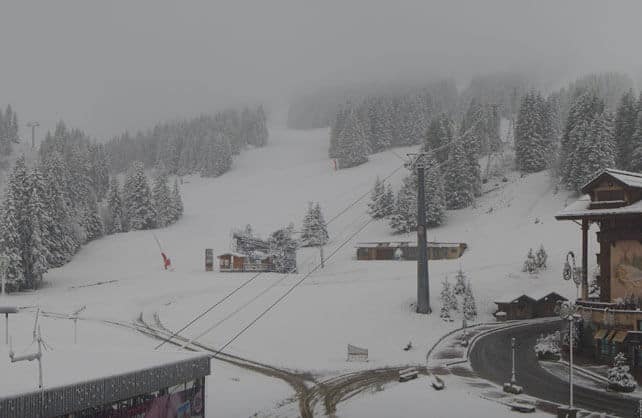 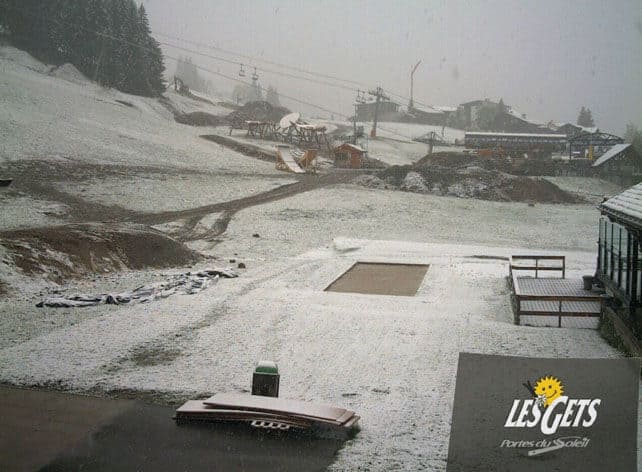 And this was the hamlet of Findeln, above Zermatt, at about 2100m… 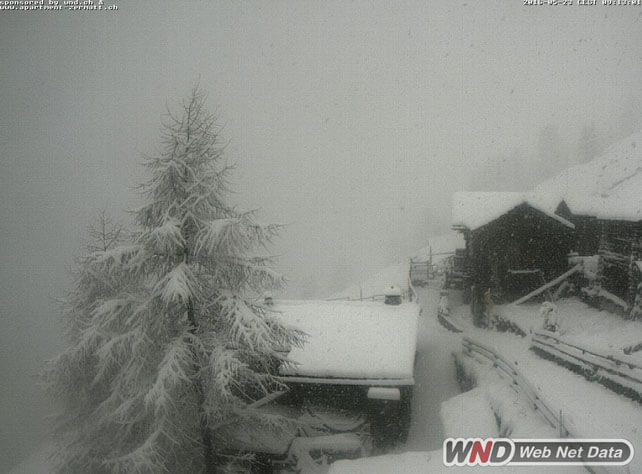 Here’s the latest snow forecast map for today, which gives you an idea of just how heavy the white stuff will be – and how widespread. 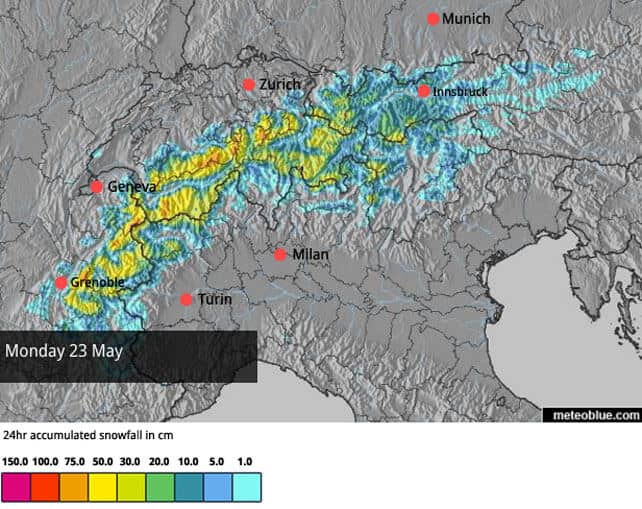 Welove2ski’s snow forecast for May 23.

But it won’t last long. The snow will ease off tonight, with the last flakes falling in western Austria tomorrow morning. Then temperatures are due to jump. The daytime freezing point will rise from 1700m today to 3300m by Wednesday in the western Alps, and 3000m in Austria.

Nevertheless, there are still a handful of glaciers open for skiing in the Alps – including the Hintertux and Kitzsteinhorn in Austria, and Zermatt in Switzerland. You can also ski on the Kaunertal and Stubai glaciers in the Tirol until Sunday. And with the with summer-skiing season fast approaching, the new snow at altitude is very welcome – even if the mountain bikers, trail runners, climbers and hikers all wish it would leave them in peace, and let summer have its turn.

I’ll be back with a full Snow Report on Wednesday.

One Response to “Another Dose of Heavy Spring Snow”