Typical Weather for a Closing Day… 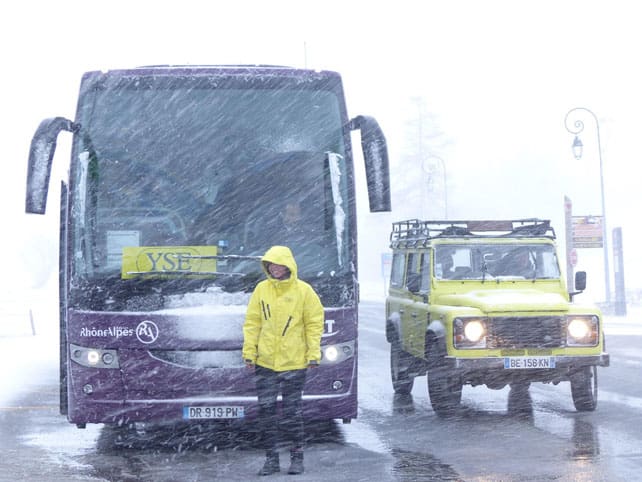 Last weekend saw several big-name resorts shut their lifts for the last time this season, including Val d’Isere. And look what the weather served up to send them on their way…

The picture above was taken on May 1 by John Yates-Smith of chalet specialist YSE – and sums up the last few weeks perfectly. If you’ve been following our snow reports you’ll know that ever since the school Easter holidays wound up, conditions have been exceptional for the time of year, with several top-ups of snow and an extended cold snap.

Of course, not every resort is shut. Val Thorens (where I’m heading tomorrow) closes on May 8, and reported 30cm of fresh snow over the weekend… Meanwhile, this was how it looked on May 1 at the Spannagelhaus, in Hintertux in the Austrian Tirol. It looks like they’re ready for summer here – although of course the Hintertux glacier is open all year. Currently, it’s in great shape, thanks to several heavy snowfalls in April. 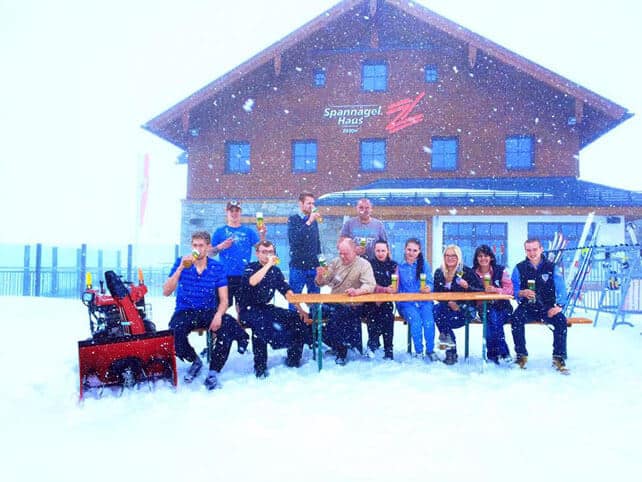 In the western Alps, the temperatures are going to rise sharply tomorrow underneath clear skies – and the daytime freezing point is likely to hit 3000m as a result. But in eastern Switzerland and Austria another cold front will be in control, and tomorrow the freezing point will be down to 1900m. More snow is expected – as you can see from the latest Welove2ski snow forecast… 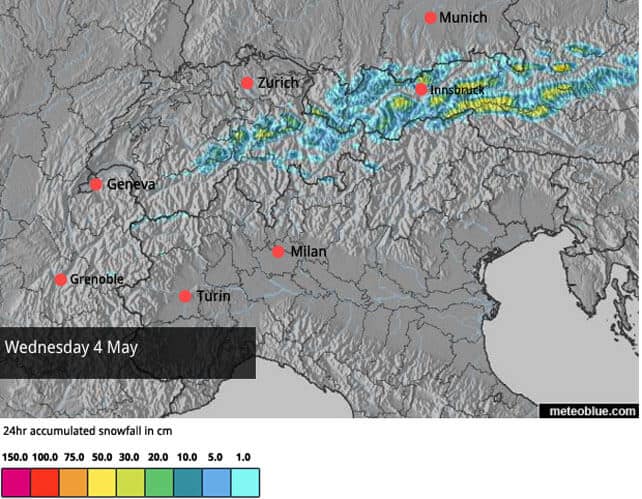 Welove2ski’s snow forecast for May 4.

I’ll be back with a full snow report on Thursday. For details of which resorts are still open, check out our feature Where Can I Ski Now?

No Responses to “Typical Weather for a Closing Day…”