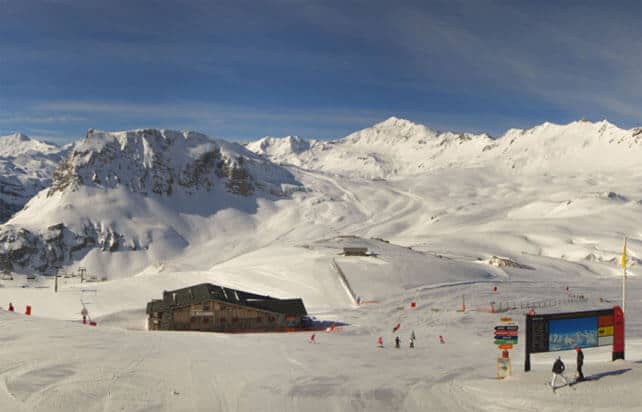 Val d’Isere this morning. The resort has up to 142cm of settled snow, on-piste. Photo: valdisere.com

It’s been one of those late-season weeks you dream of, but rarely get. Wintry weather settled over the Alps on Sunday, and it’s served up repeated waves of snowfall ever since. All told, a metre of snow has fallen in places, and whenever the skies have cleared conditions, at altitude, have seemed miraculous: brilliant sunshine, fresh powder, cold, grippy pistes and empty slopes.

It’s a shame it came so late – after the busy Easter spell, and the closure of many big-name resorts last weekend (including Courchevel, Verbier and St Anton). But that of course has heightened the sense of privilege for those who’ve been able to enjoy it.

This video was shot yesterday above Tignes by Phil Smith of the British ski school Snoworks, as he skied another 30cm of fresh snow.

Today is likely to be a cracker too – sunny for the most part, and there’s 10-20cm of fresh snow in Austria as a result of the latest storm. Temperatures are still low: the daytime freezing point will be around 1800m across the northern Alps, which is what you’d hope for in mid-March, not the end of April.

Bear in mind, however, that with the sun so strong now the snow will be getting wet and heavy higher up than that. The most consistent wintry conditions will be above 2500m – and if you’re hunting powder, I’d strongly recommend hiring a guide. You don’t want to waste a precious day like this by failing to find the good stuff.

The immediate outlook is for temperatures to creep up tomorrow – before another cold front arrives on Sunday. Opinions differ as to how much snow will come – it could be shower or a fairly meaty dump (our snow forecast is currently suggesting the latter). But more importantly, much more spring-like conditions will return after that. What’s more, we’re going to lose yet more ski resorts this weekend as Val d’Isere, Les Deux Alpes, Ischgl and the Grands Montets near Chamonix all close, leaving just a handful of resorts with their lifts still spinning. In other words, if you want to ski the new snow, the best time is right now.

Here’s a quick squizz at the webcams, starting with Ischgl, where British band Muse plays the closing concert on Saturday. The resort reports up to 70cm of settled snow, on-piste. 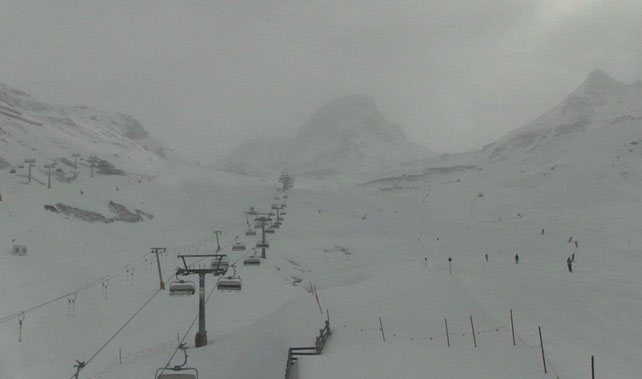 Pictured below is the Stubai glacier, where skiing continues until the end of May, and there’s up to 280cm of high-quality snow on the pistes. 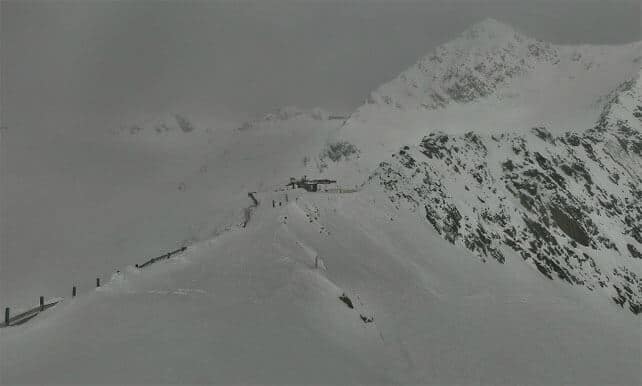 Below is Cervinia, which will be open at weekends through most of May, and reopens for the summer skiing season on June 25. The snow here is 30-200cm deep (Zermatt, just across the border, is open for glacier skiing right through spring and summer). 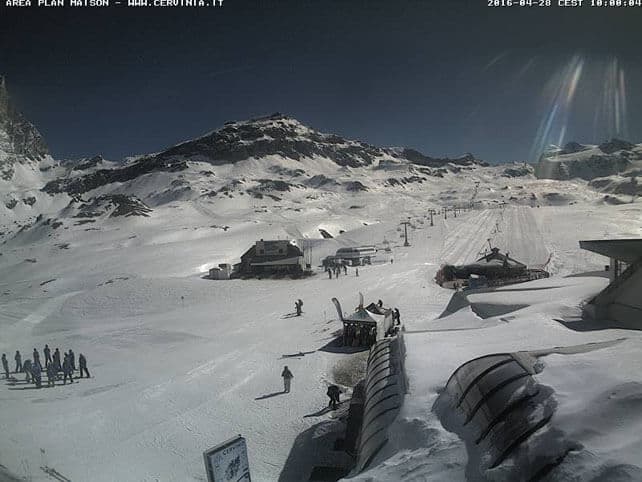 For more information on which resorts are still open – check out feature, Where Can I Ski Now?”.

No Responses to “The Wintry Spell Continues”