A cold snap and a couple of snowstorms mean Australia’s ski season will be off to an early start in 2017.

The Snowy Mountains of the south-east saw moderate snowfall on Sunday night, as well as temperatures low enough for snowmaking. Perisher in New South Wales had the best of it, reporting 20cm across its slopes, and has pulled its opening day forward by a whole week, to June 3.

Here’s how the resort looked yesterday. 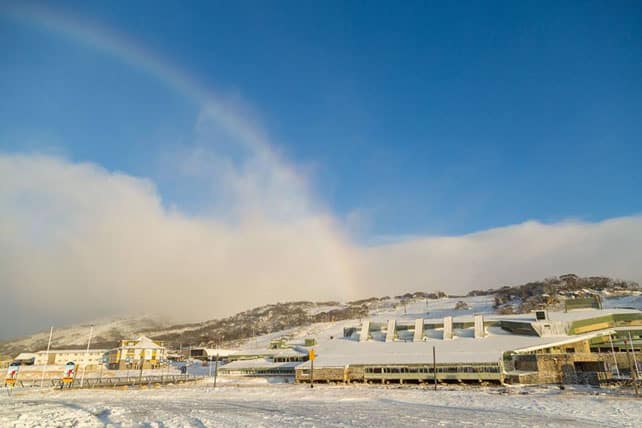 The resort’s not promising too much in the way of terrain yet. So far, only the Village 8 Express Lift, a moving carpet, and a terrain park are confirmed. But there’s more snow in the forecast for Tuesday night, with low night-time temperatures to follow for the rest of the week; which should favour the snow cannons. Hopefully they’ll be able to open more lifts and pistes shortly.

Meanwhile, Thredbo is holding firm on its June 10 opening date, even though there’s just about enough snow to ski on, as you’ll see from this video, shot yesterday.

Mount Buller will open on June 10, too.

A cracking start to the season in Valle Nevado, Chile 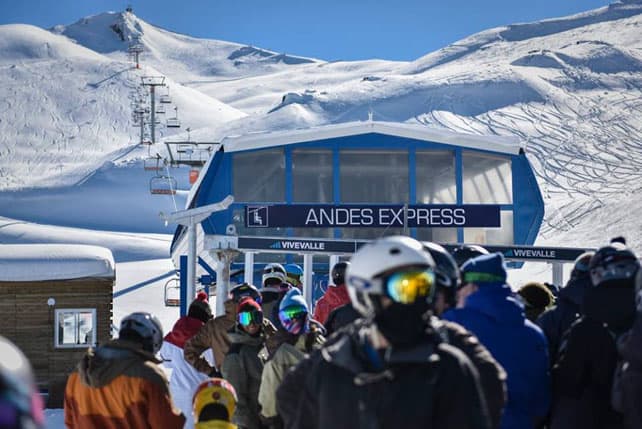 There was more snow in the resorts of the Andes last week, and as a result, the season got off to a memorable start at Valle Nevado, near Santiago.

All three resorts of the Tres Valles ski area are now up and running, and more ski areas will be following them shortly. Portillo, Las Lenas and Catedral Alta Patagonia are all scheduled to open on June 17.

At the moment, all being well, the first of the big ski fields in New Zealand will open the weekend after next: Mount Hutt on June 9, Cardrona, Whakapapa and The Remarkables on June 10. Just lately, the weather’s been mild, but the trend now is for falling temperatures. At the weekend we should see the snow cannons back in action.

It’s going to be mild and showery in the Alps this week. The daytime freezing point will hovering between 3600m and 3800m for much of the time, and there’s a good chance of afternoon thunderstorms too.

Glacier skiing is still on offer in several high-altitude areas. In Hintertux and Zermatt the lifts will be running all year (weather permitting). Meanwhile the Kaunertal glacier stays open till June 5, the Stubai till June 18, and the Kitzsteinhorn till July 23.

Several resorts besides Tignes will be opening for short summer-ski seasons, too. Val d’Isere opens on June 10, the Molltal glacier on June 15, Les Deux Alpes on June 24, and Cervinia on June 28. There’s more information in our feature on the best resorts for summer skiing.

Here’s the Japanese ski team, up on the Hintertux Glacier, last Friday. 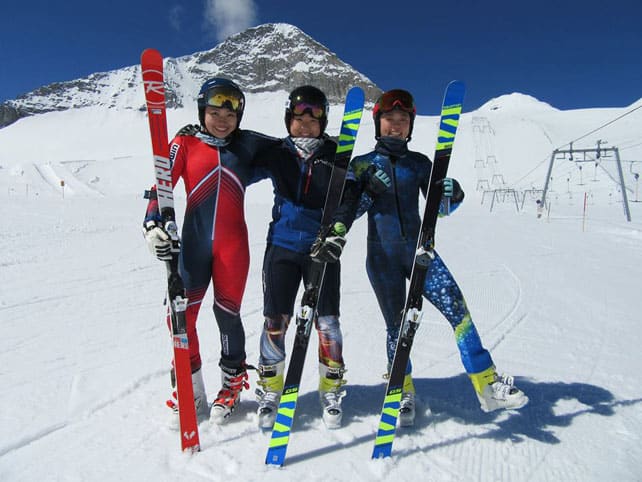 Meanwhile, the mountain-biking season will shortly bust into life, with many bike parks opening in the early or mid June. The biggest event of the early season will be the Crankworx World Tour, which is coming to Les Gets on June 14. Here’s a little video they’ve posted of preparations for the Downhill.

No Responses to “An Early Start to Australia’s Ski Season”