In the Alps, the Weather is Still Throwing a Tantrum 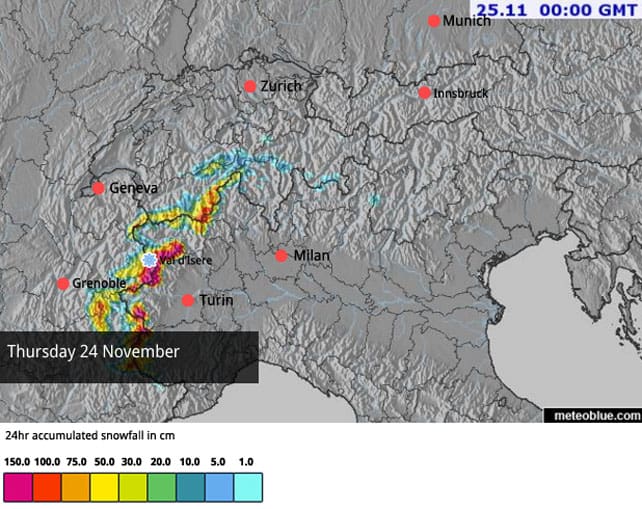 When it goes purple like this, it means there could be 150cm of snow in 24 hours. We’ll have to wait and see if Mother Nature really can offload that much precipitation in such a short time. But it’s interesting to note that earlier today Le Signal restaurant in Val d’Isere posted a ruler shot on its Facebook page suggesting over 60cm had already fallen. So we may get there yet.

This is how it was looking in Val d’Isere earlier. The resort opens on Saturday. 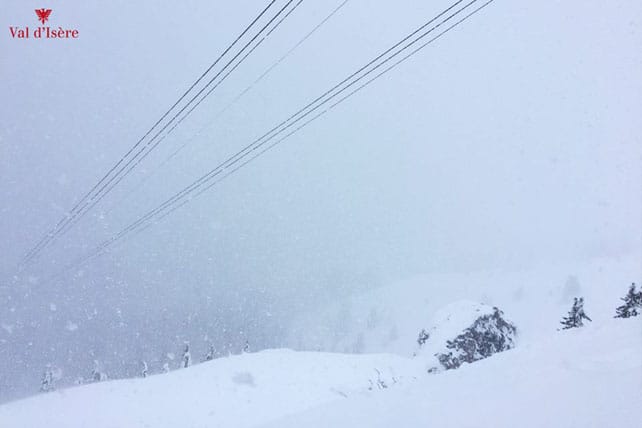 Pictured below is Val Thorens this morning. The resort is already open, and is hosting a weekend of parties and ski testing on November 26 and 27. 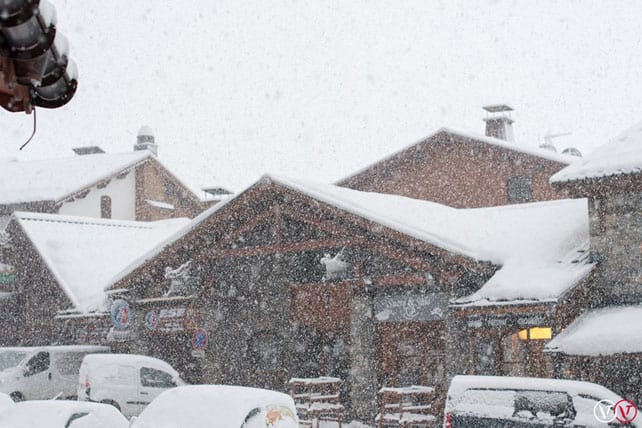 And this was Cervinia, which is also open. 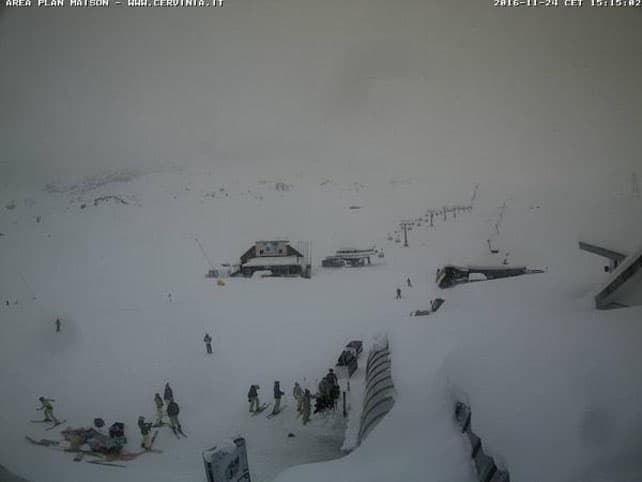 In other words, the weather tantrum I talked about in Monday’s Snow Report continues. It’s currently milder in the east than the west, and there’s a mix of heavy rain and snow above about 2100m in the south-western Alps. The Italian side of the range is getting an absolute dousing.

Tonight will see the storm at its most intense and then, finally, things are going to calm down at the weekend. There’ll be lighter snowfall for a time, along with sunshine, and temperatures will drop.

The biggest change in temperature will be in the east. In Austria the daytime freezing point has been peaking at well over 3,000m this week, but next Monday it will be down to 1,100m. The air will be less humid, too, which means that – at last – the resorts can run their snow cannons at full pelt.

That’s a big relief, after the week we’ve just had.

To sum the situation up: after a week of wild, mild weather, the high-altitude resorts in the western Alps – especially along the French and Swiss borders with Italian – have been walloped by snow.Lower down, below 2000m, a lot of the white stuff that fell between November 6 and 11 has either melted or been washed away by rain.

Meanwhile, in Austria, Ischgl opened today. Thanks to its state-of-the-art snow-making system, and the fact that most of its slopes are above 2300m, it was in good shape, too – with 111km pistes open for skiing. 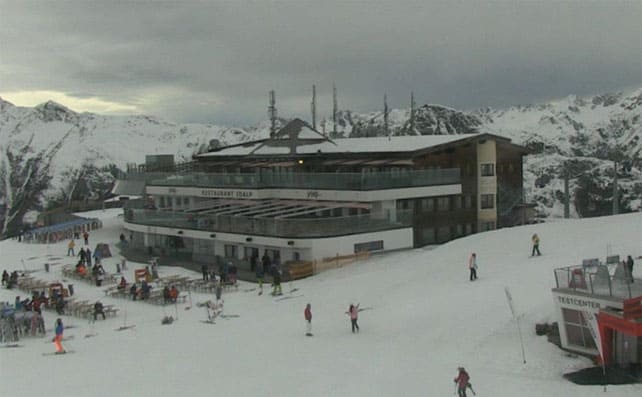 Looking ahead into next week, we can expect cooler weather in Austria than in the west, plenty of sunshine, and no sign yet of a big cold snowstorm to rival the dumps of early November. Aim high if you’re planning an early-season trip.

Today may be Thanksgiving in the US, but snow-wise the action right now is in Canada. Whistler opened yesterday for the start of the season, and this morning reports 106cm of white in the last week – 45cm overnight.

Here’s the video from yesterday. It’s still snowing hard there as I write.

Meanwhile, south of the border, in the Rockies, winter has got off to a slow start and many resorts have decided not to open for Thanksgiving. There are exceptions, including Breckenridge, Snowmass and Copper Mountain. Others (including Vail and Beaver Creek) are opening on Saturday. And some, such as Jackson Hole can’t say yet when the lifts will be spinning. Thankfully, the weather has now turned. There’s been snow this week, with up to 17cm falling in the last 24 hours in Colorado and Wyoming, and 30cm in parts of Utah. More is expected next week. 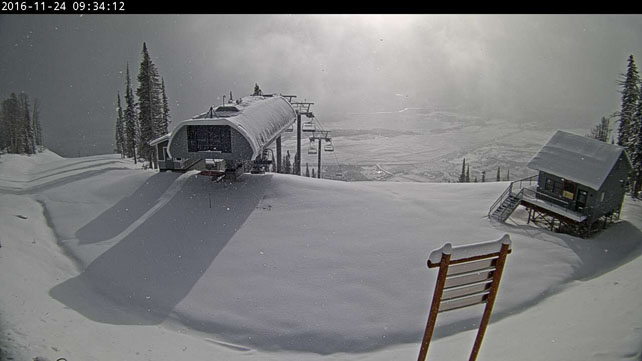 No Responses to “In the Alps, the Weather is Still Throwing a Tantrum”