The Colorado Rockies took another step closer to winter on Sunday, when an obliging autumn storm rolled across the state, and dropped up to 23cm of snow across the local ski towns. 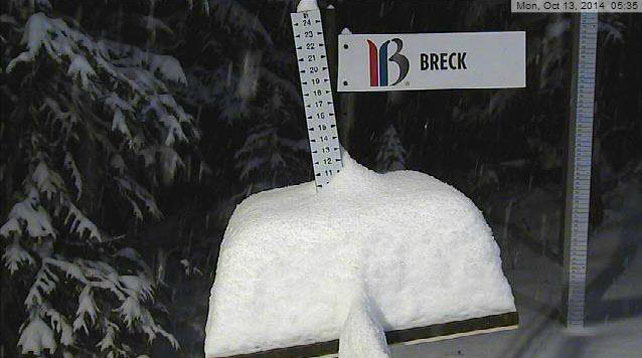 Temperatures plummeted too; which meant that – after a mild week – high-altitude Arapahoe Basin and Loveland were able to switch the snow cannons back on, and start snow making again. Their annual race to open is back on!

Below is how Loveland was looking yesterday. 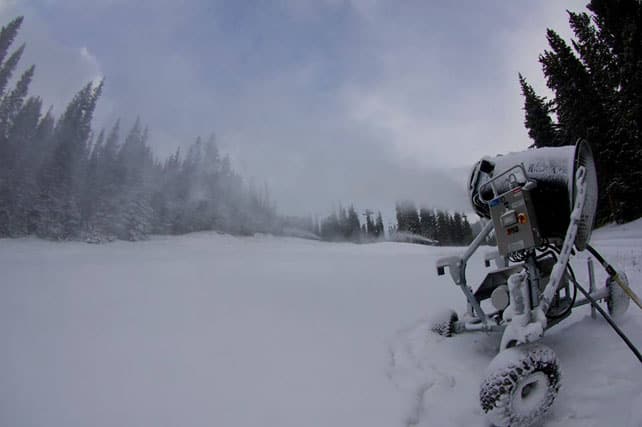 And here’s how it was looking in A-Basin yesterday. 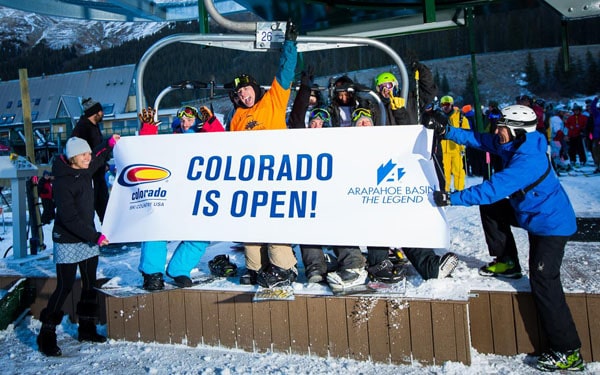 Keystone also took the opportunity to start making snow yesterday, adding to the 10cm served up by Mother Nature. Opening day there is scheduled for October 31. 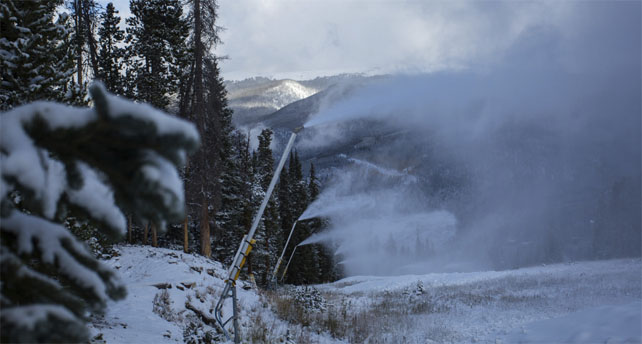 “It looks and feels like winter!” reported Loveland yesterday – and added that there should be information about opening day later in the week. However, it should be noted that the weather is not looking so helpful now. Local snow guru Joel Gratz has pointed out that temperatures are set to rise, and that it’s uncertain that the snow cannons will even be able to run at night. So Colorado skiers may have a few days yet before they can make their first turns of the season.

Meanwhile in the Alps, 11 glacier ski areas are already open, and will be joined by several more over the coming weeks. Over the next couple of weekends there’ll be lift access from Cervinia to the high-altitude slopes above Zermatt, and in Switzerland, Les Diablerets will open for the first time on October 25. Les Deux Alpes will also be opening for a winter preview on October 25 – and let’s not forget the first races of the World Cup season, on the Rettenbach glacier above Solden in Austria over the same weekend.

The weather this week has been more changeable than last, and there’s been snow at altitude, especially in the west.

Pictured below is the view from the Cime Caron above Val Thorens earlier today. The resort is due to open on November 22.

And this was the view towards the Grande Motte glacier above Tignes at lunchtime today, with a fresh dusting of snow. British ski school Snoworks is already busy up here, running its training camps – check out Emma Carrick-Anderson’s Saturday snow report from the glacier at this link.

Meanwhile, this is how it was looking on the Hintertux glacier in Austria on Sunday. 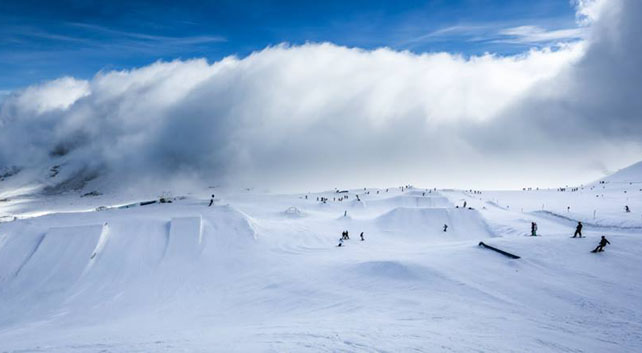 However, the daytime freezing point is still up around 3000m, and over the weekend, a warm and sunny spell is expected, with the 0C mark rising up to 4000m. As result, cover on the glaciers is a little on the thin side for mid-October. All of this could change in an instant of course: all it takes at this time of the year is a couple of proper storms to set the glaciers up for the rest of autumn. But at the moment it seems almost…summery. All eyes are now on the mid-range forecasts for the weekend of October 25-26, when it looks as though more autumnal weather should reach the Alps.

No Responses to “Snow Report, October 14”