Last week, winter paid a visit to the Rocky Mountains and gave everyone a sneak preview of the season ahead.

In Colorado, it started snowing on September 29, and at Silverton, in the south, it was deep enough the next day for the ski patrollers to dig their skis out, hike up the mountain, and put in a couple of turns. 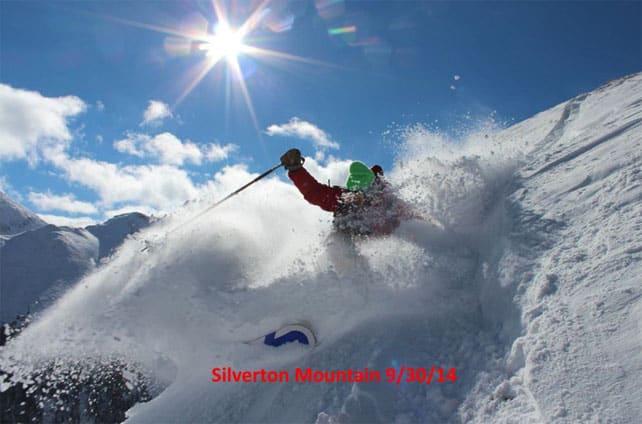 In Vail, they shot this rather nice video of the autumn colours against the white stuff.

It wasn’t just Colorado that saw snow, either. Further north in Wyoming, there was snow on September 29 and 30, too. “We rode up the tram this morning and found blistery cold weather and the entire tram dock covered in rime,” Jackson Hole reported on October 1. “The workers had to shovel off the tram dock, a pathway to Corbet’s Cabin and the deck.” 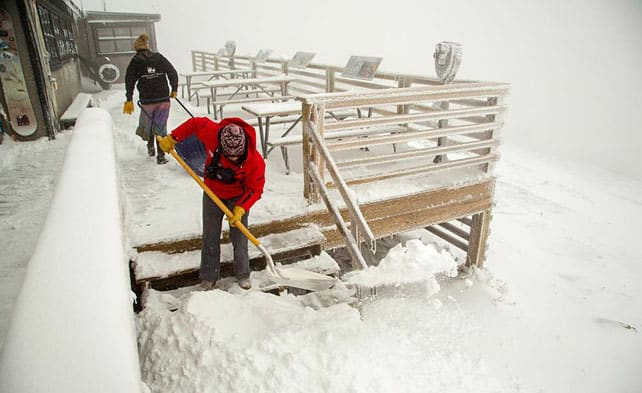 Meanwhile, both Loveland and Arapahoe Basin in Colorado fired up their snow cannons on October 1, and began their annual race to be the first resort in the state to open for winter. Loveland got off to the stronger start – largely because Mother Nature gave it a bigger dump of snow: 18cm by the time the skies cleared. Here’s how it was looking at the weekend. 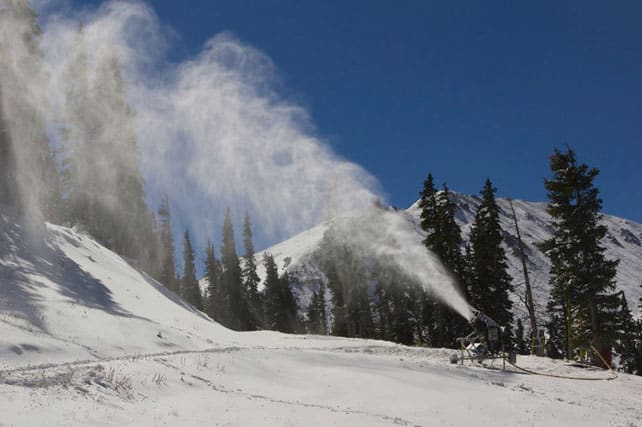 Meanwhile, pictured below was the scene at Arapahoe Basin on October 2. 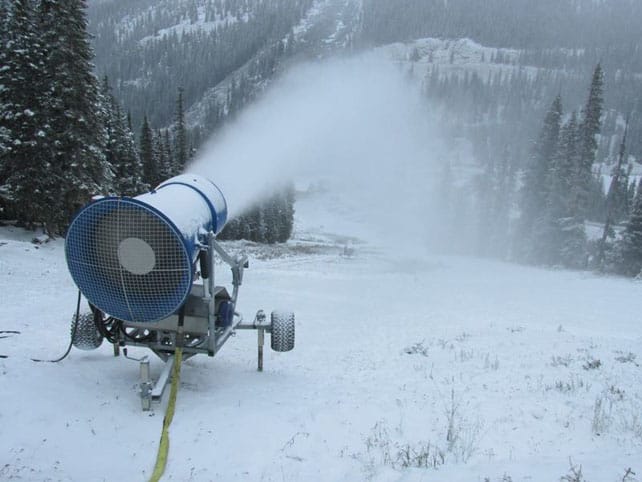 The only problem now is that a week of mild, sunny and mostly dry weather is expected, with thunderstorms on Thursday. So don’t expect either resort to open in the immediate future.

In the Alps two more glaciers have opened for skiing

Aside from the occasional snowy interlude, autumn has been mild so far in the Alps. But that hasn’t stopped the glacier-skiing scene. Two more areas have just opened up, on the Kitzsteinhorn above Kaprun in Austria, and on the Grande Motte glacier above the French resort of Tignes.

Here’s how the Kitzsteinhorn was looking, from afar, on October 3 – courtesy of the Alpin-Skischule. 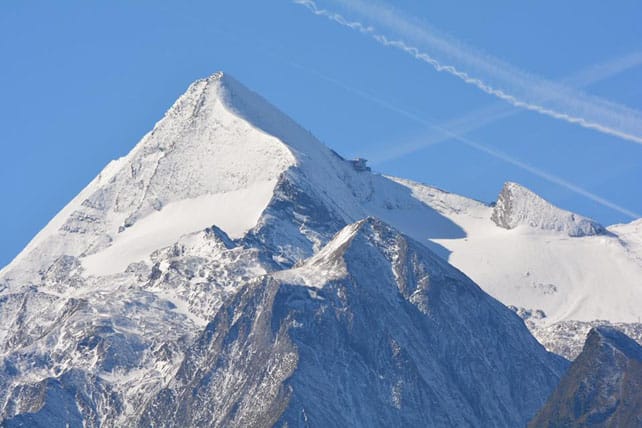 And this was the Grande Motte glacier early this morning. 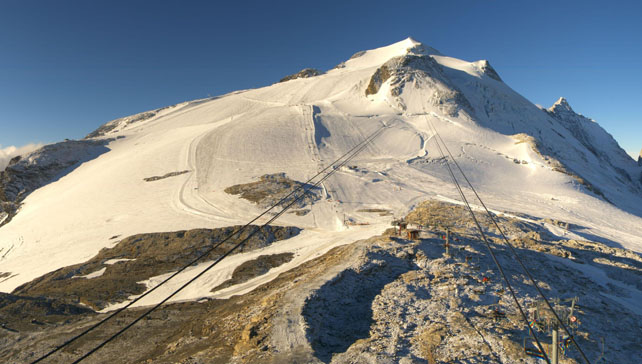 Meanwhile, look who’s skiing on the Rettenbach glacier in Solden at the moment? She’s preparing for the opening race weekend of the World Cup, on October 25-26. 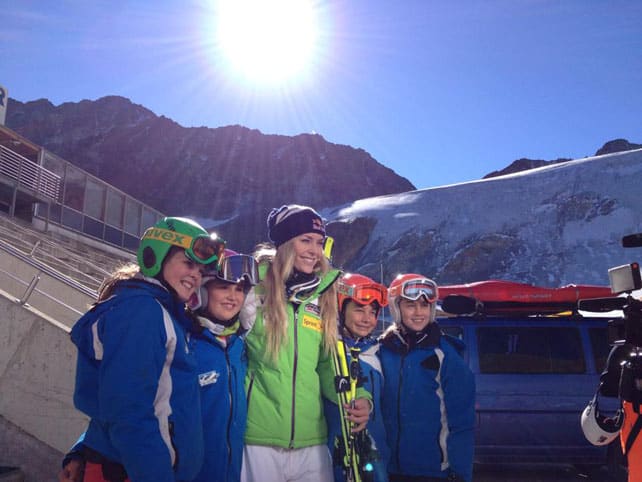 It’s not just ski racers who’ve been busy, either. The weekend saw lots of freestyle action up on the Hintertux glacier, thanks to the Hotzone Park opening. Yesterday was rather murky up there, but on Saturday, under clear skies, the place was buzzing, as this video shows…

Now all we need is for the weather to cool down, and stay cold.

Over the weekend, temperatures did drop, and there was some snow in the high Alps around Zermatt and Saas-Fee in Switzerland. However, over the next few days, the stormy weather spinning over Britain and Ireland is going to drag a lot of warm air up over the Alps from the south and south-west. It’ll be windy, but mild, with the freezing point up to 3500m in the French Alps by the middle of the week, and up to 4000m in Austria.

Here’s how it was looking above Zermatt this morning. 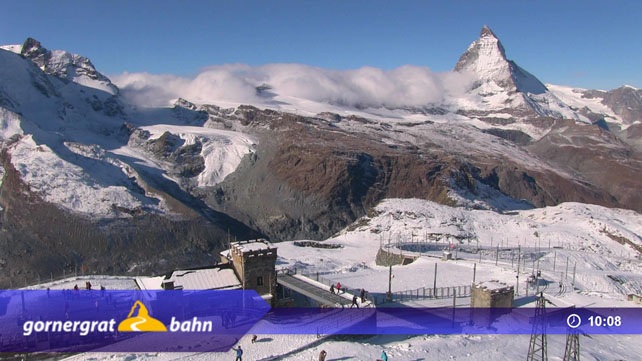 By the way, if you’re aching for the snow already, check out our guide to the best resorts for early-season skiing.

No Responses to “Snow Report, October 6”