A Dusting of Autumn Snow in the Alps

Mother Nature’s timing was spot on. This weekend saw the start of autumn skiing on the Stubai, Tignes and Kitzsteinhorn glaciers, as well as the opening of the Hotzone snowpark on the Hintertux glacier in the Tirol. And to help spread the good-skiing vibes we’ve had a little fresh snow.

We’re not talking about one of those meaty October dumps you get every two or three years: the kind that has us all hoping for an early winter – before disappearing in sudden puff of warmth. But in the Tirol in Austria there’s been maybe 5-10cm and it’s perked up the appearance of the glacier ski areas no end: as well as providing a softer surface for skiers.

Here’s how it was looking on the Pitztal Glacier this morning. 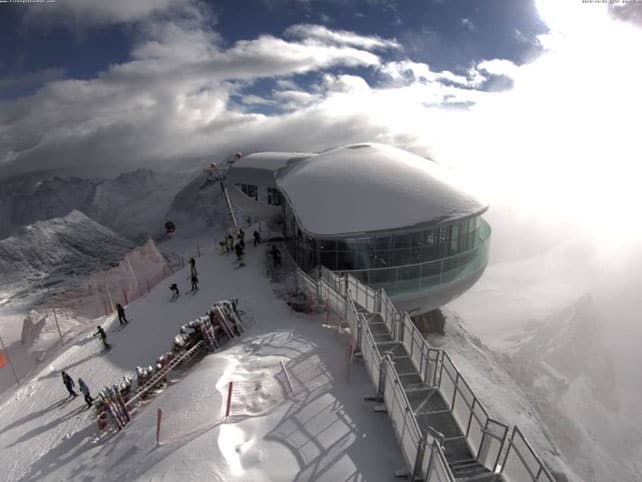 Meanwhile, this was the lower end of the Stubai Glacier ski area. 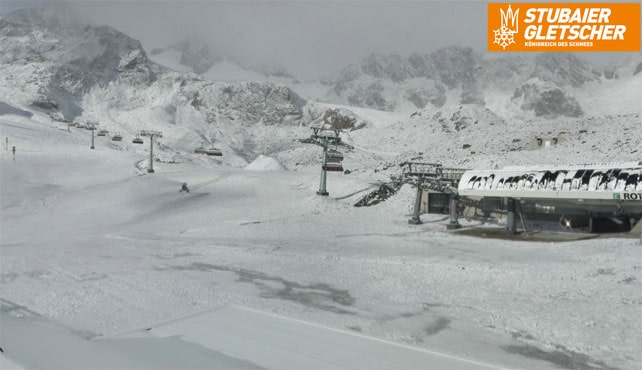 Pictured below this was the Rettenbach glacier above Solden – where the first races of the World Cup season will be held on October 22 and 23. That’s less than three weeks from now. 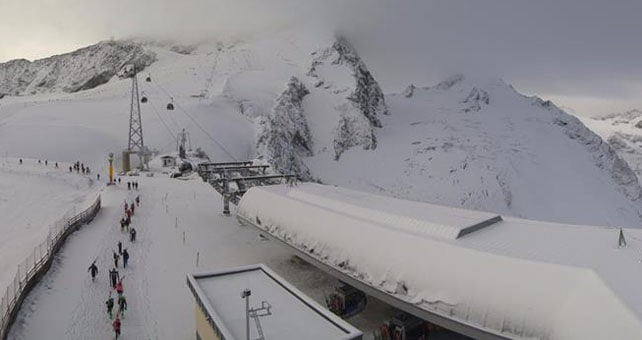 There’s been a dusting in the Italian Dolomites, too. These were the slopes above Canazei in Trentino. 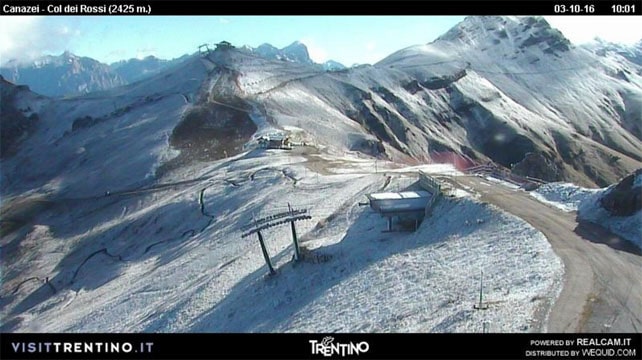 By contrast, in the western Alps, the sun’s out, though there was a bit of snow at the weekend – as you’ll see from this promo footage shot at the weekend in Tignes.

Here’s how it’s looking this morning. 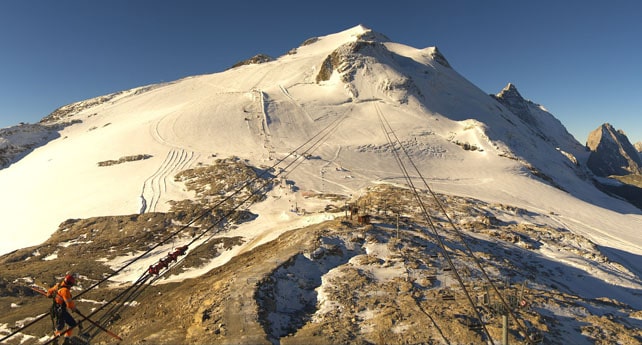 Note the man standing on the cable. The Grande Motte cable car is currently closed for repairs.

This week should see the contrast in east/west weather continue in the Alps – with sunshine in the French Alps, and lower temperatures and further snow showers in Austria. In the east, the daytime freezing point won’t get much above 2200m until Wednesday. Our snow forecast is predicting heavier snow on Friday as well, though it’s too soon to be sure of that – there seems to be considerable uncertainty about the details this week. 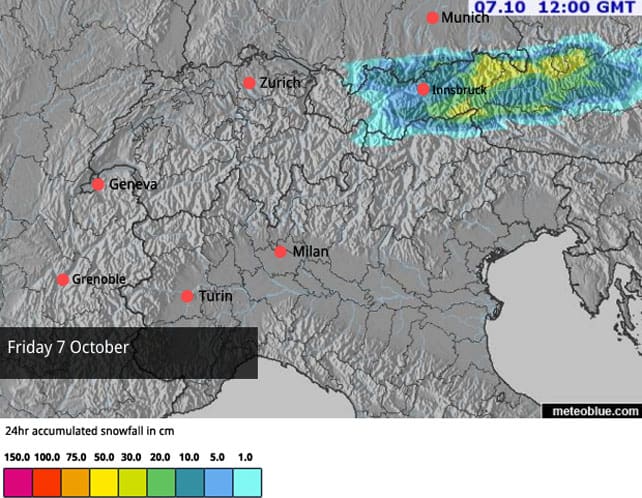 Welove2ski’s snow forecast for the Alps for October 7

And after that? Remember: it’s only October. There’s still a lot of warm air wafting about, and it could easily be pulled back over the region. But it does look as though eastern Europe will stay cool for a while, with milder conditions to the north, in Scandinavia. Some mid-range forecasts are currently suggesting mid-October will see a much colder interlude. But there’s no consensus on that yet. Best to keep sacrificing the chickens…

No Responses to “A Dusting of Autumn Snow in the Alps”