Last week, the top of the Pic Blanc in Alpe d’Huez was coated with mountain-bikers rather than skiers, as the Megavalanche kicked off a memorable week of biking events in the French resort. On Sunday, it was the turn of Les Deux Alpes’ snow to see a two-wheeled invasion – in the Mountain of Hell race.

Here’s some cracking video of the start of the race on the glacier. It looks like a lot of fun, until you have to slow down, or make any kind of turn…

And below is a shot of the competitors at the end of the race – which gives you an idea of the contrast between conditions at the top and bottom of the slopes in high summer. Whenever the sun’s out, you get to live four seasons in one day in the Alps – and the lush meadows and balmy temperatures at village level seem all the more miraculous because of it. 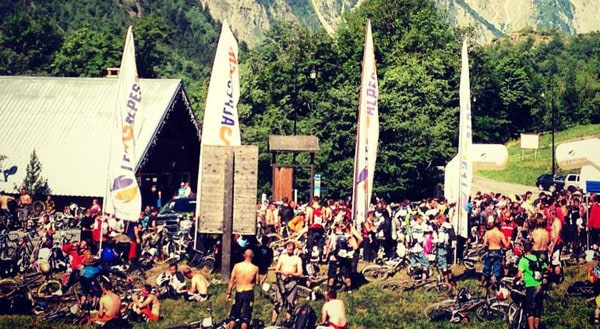 You’ll be glad to know there is still a fair amount of summer skiing going on in the Alps. For example, race training continues on the Hintertux glacier in the Tirol: and here are three members of the Viennese Ski Instructors Association who were celebrating successful test results on the slopes this morning. As you can see, it’s not particularly cold up there today… 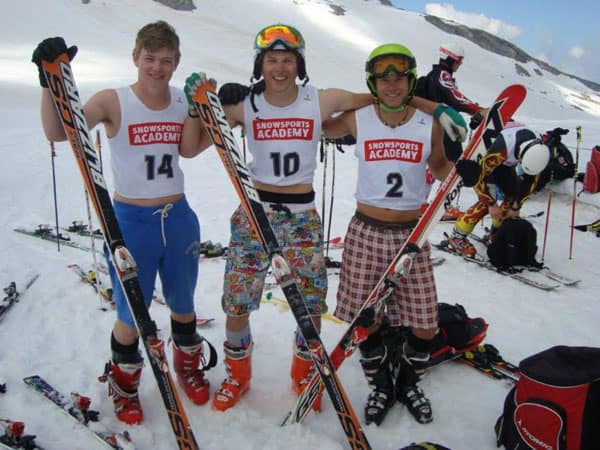 And below is the latest video update from the Warren Smith Ski Academy which is running its summer courses on the high slopes between Cervinia and Zermatt this summer. Once again, it’ll give you a good idea of the lush green summer atmosphere down at resort level.

Weatherwise, a fairly settled weekend is expected across the Alps (with highs of +24C expected at village level in Tignes), followed by heavy rain expected on Monday. Despite recent high temperatures and thunderstorms, the snow is still in pretty good nick on the glaciers, thanks to the heavy snow that fell in May and June.

In the Southern Hemisphere, it’s been a good week for powderhounds

Two of the three main southern hemisphere ski regions have had a good week, thanks to fresh dumps and low temperatures.

Most remarkable has been the change in conditions in the Snowy Mountains of south-eastern Australia. Until last weekend, the resorts there had had a threadbare season, marked by mild temperatures and a lack of natural snow. Now, thanks to a half-metre dump, everyone’s happy. Here’s Tuesday’s blissed-out video snow report from Perisher in New South Wales.

In South America, there was heavy snow on Saturday and Sunday morning too. Portillo, north of Santiago in Chile, reported over 30cm of fresh snow, and Valle Nevado, a little further south, did even better with 60cm. Conditions have been superb ever since. 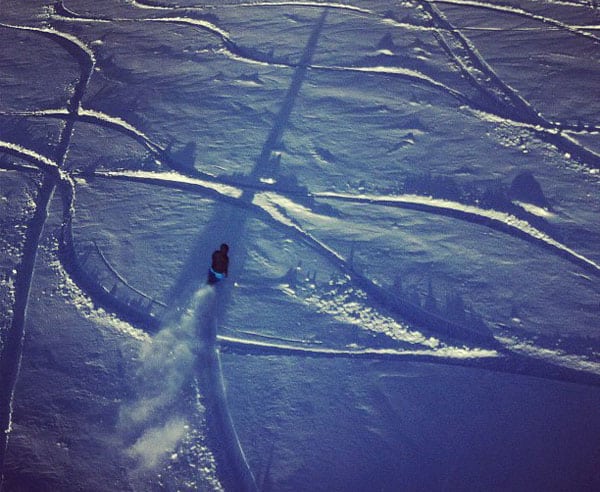 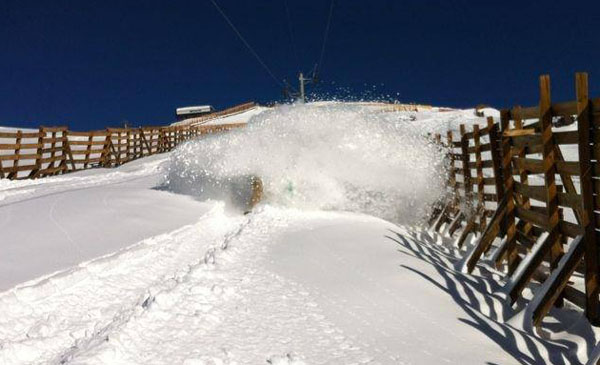 Meanwhile, in New Zealand, there’s only been a dusting of fresh snow this week, and resorts are reporting spring conditions – with hard-packed snow softening during the day. The sun’s been out by way of compensation and today Mount Hutt published some stunning aerial views of its slopes to celebrate… 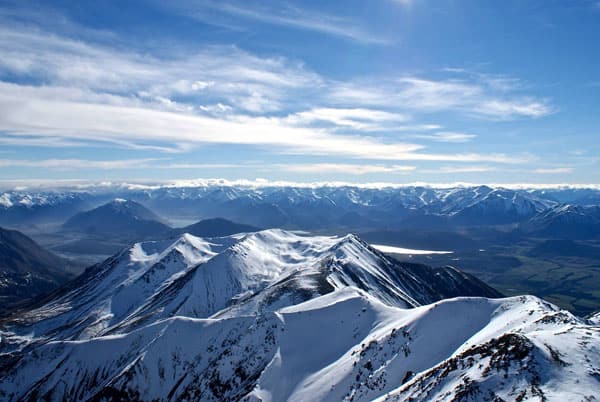 One Response to “Snow Report, July 25”