Four days of spectacular sunshine are on the cards for most of the Alps – followed by a switch to much wetter weather on Friday and Saturday. 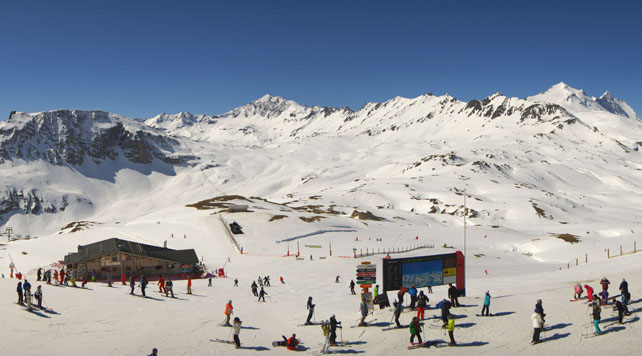 Bright sunshine and plenty of cover above Val d’Isere this morning. Photo: valdisere.com

After a changeable few days in the Alps, which brought fresh snow to the higher slopes and rain lower down, the sunshine’s back. Several days of more or less cloudless skies are expected, and to start with, it’ll be coolish for the time of year. In France today, for example, the freezing level will be at 2300m. In Austria it’ll be at 2200m.

Tomorrow will be warmer, with the freezing point at 2800m in France and 2600m in Austria.

Today should see some classic spring skiing, provided you take two precautions. First, you’ll need to stay above 2300m, to avoid the worst of the daily slushy-fication of the lower pistes. Second, you’ll need to follow the sun around the resort, tackling the east-facing slopes first and finishing on those which look north.

Tomorrow, you’ll have to build more altitude into your plans, and migrate to the highest slopes – above 2700m – more quickly. In many resorts that’s not an option, of course. But there are several which can oblige, including Val d’Isere, Tignes, Val Thorens, Zermatt, Cervinia and Obergurgl, as well as glacier ski areas such as the Hintertux, the Stubai and the Kitzsteinhorn. They’re the only kind of resorts worth your money at this time of year.

Anyone looking to ski off-piste should hire a guide. At the highest altitudes, there’s still some fresh snow about, left over from Friday’s fall. Meanwhile, lower down, the overnight refreeze is producing a load-bearing crust which will be fun to ski just as it begins to soften. However, to track down either surface you really need to know your snow. You’ll also need expert guidance to stay clear of wet-snow avalanches triggered by the rising daytime temperatures.

Here’s a quick squizz at the webcams, starting with the view up the valley from Tignes-le-Lac, looking towards the Grande Motte. Courtesy of Mark Warner, I was there last week – and boy do I miss it now. It’s one of the best places I know to ski in April – and one of the most beautiful. Currently the snow is 50-160cm deep, and the resort is due to close on May 10. The Grande Motte glacier is due to reopen on June 27 – although the cable car serving the top glacier runs is currently being repaired after storm damage. 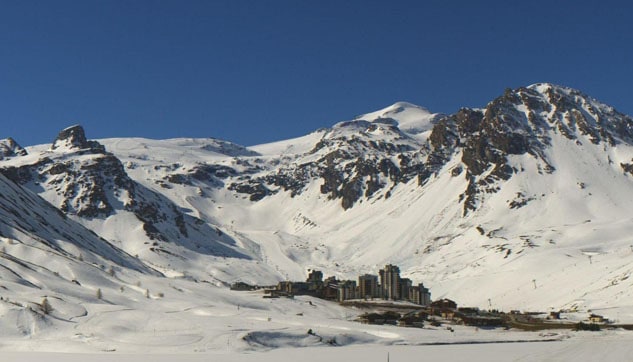 Pictured below is Val Thorens, in the Three Valleys, where the snow 100-220cm deep. Here too, the lifts shut on May 10. 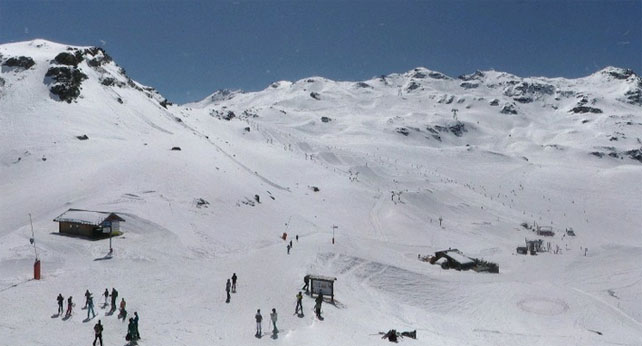 Meanwhile, here’s how it’s looking at Cervinia, which shares its skiing with neighbouring Zermatt. The snow here is 45-270cm deep. Cervinia finishes daily operations on May 3, but will open each weekend for the rest of the month. 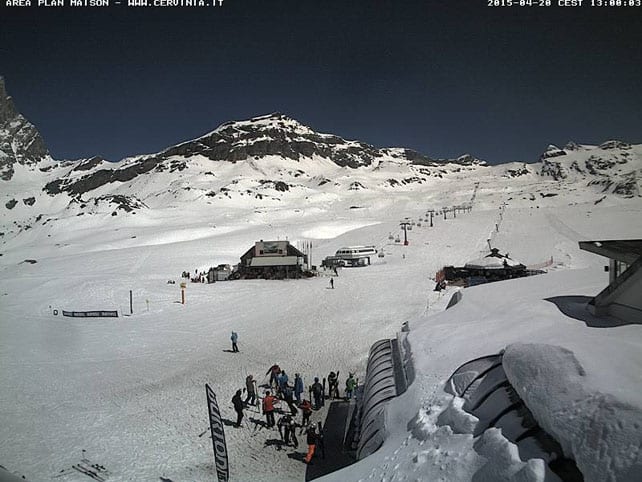 Pictured below is the Stubai glacier, above Innsbruck, which will be open until July 3. Here the snow is up to 260cm deep, on-piste. 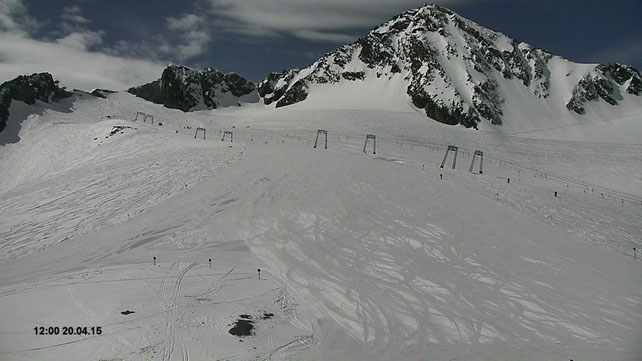 Finally, here’s how it’s looking on the Kitzsteinhorn glacier above Kaprun, where the snow is 200-370cm deep. The lifts here are closing early this year, on May 25, to prepare for a summer of lift-building and piste-repositioning. 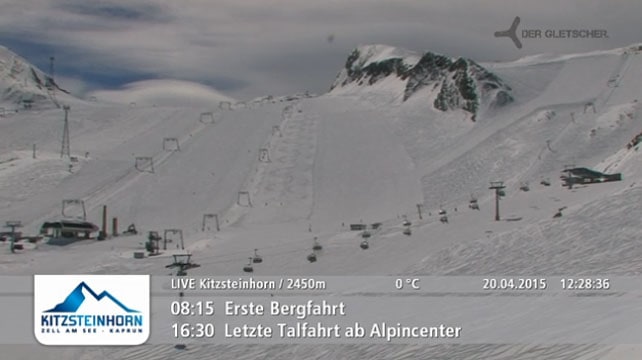 The weather looks set to change significantly on Friday, thanks to a big lump of mild and moist air, which is due in from the Atlantic. Interestingly, it may be followed by a cold front on Saturday, which will bring a significant drop in temperature, and a decent dump of snow. This is by no means certain yet, but if comes the season will be ending with a bang. 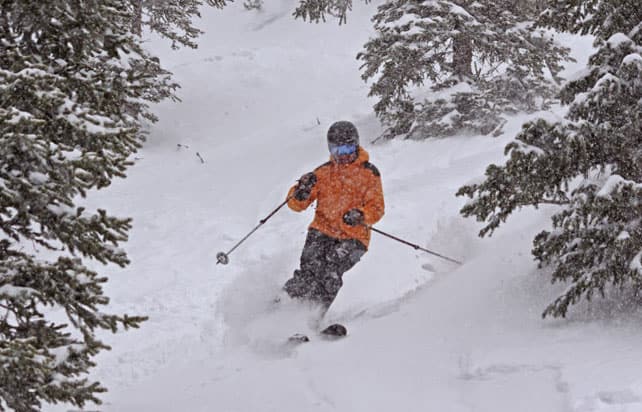 You’ll have seen from our last Snow Report that Utah had a big dump of snow in the middle of last week. Colorado saw the white stuff shortly afterwards – and high-altitude Arapahoe Basin notched up nearly 60cm as a result of the storm. Pictured above was the scene on Friday, when the storm was just getting underway.

No Responses to “Spectacular Spring Sunshine Returns to the Alps”