Blazing Sunshine in the Southern Hemisphere

It’s a couple of weeks now since the main ski regions of the Southern Hemisphere had their last dose of heavy snow, but low temperatures have kept the slopes in good nick.

On the South Island of New Zealand, Treble Cone near Wanaka reported 114cm of settled snow on the home runs and 149cm of cover in Saddle Basin this morning. There was a 3cm dusting of snow overnight on Sunday, too.

The views have been pretty good too. Here’s how Treble Cone looked on Saturday. 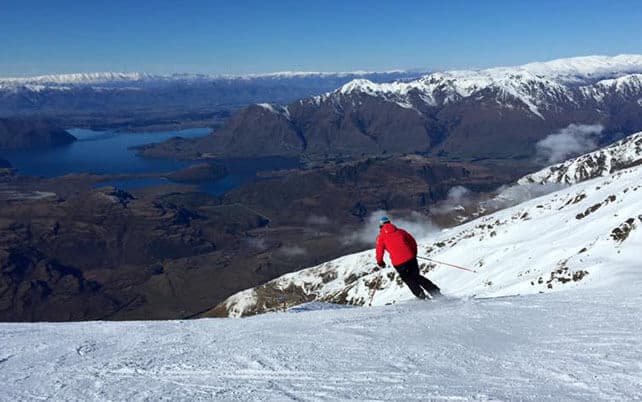 With lift-serviced areas of off-piste terrain now largely skied out, it’s been a good moment to get out the touring skis and head into the backcountry. This photo was taken by IFMGA guide Tim Steward on Wednesday last week. 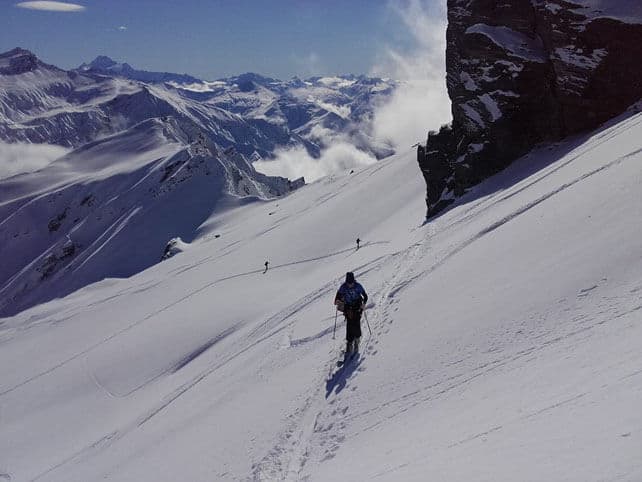 The forecast for Treble Cone this week is for more sunny weather and milder temperatures, with the daytime freezing point up near the top of the lift system. In other words, it’s going to start feeling more spring-like across the mountains.

That’s already the case in the Snowy Mountains of Australia – where the pistes are hard-packed each morning, and then soften as sun warms them up. However, the weather will get more changeable this week, with rain expected on the lower slopes on Wednesday and Thursday, and some snow at the top.

Here’s how it looked at the top of Perisher at the weekend. Off-piste, the natural cover in the resort is up to 138cm deep. 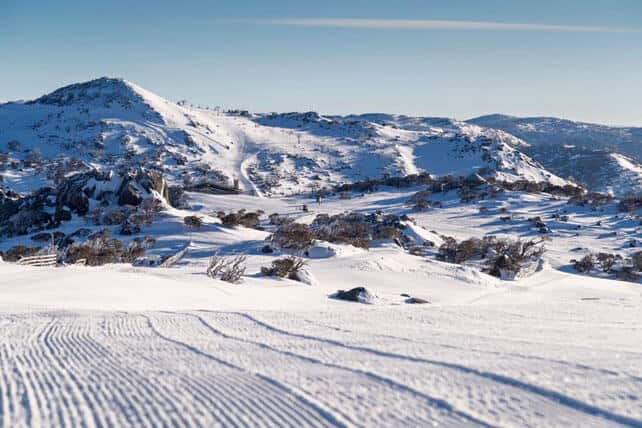 It’s been a sunny week in the central Andes, too – with little in the way of fresh snow in the resorts near Santiago in Chile. Here’s how it was looking in Valle Nevado on Saturday. There’s still plenty of cover here (about 70cm of settled snow on-piste), but as you can see the lift-serviced off-piste is completely skied out. 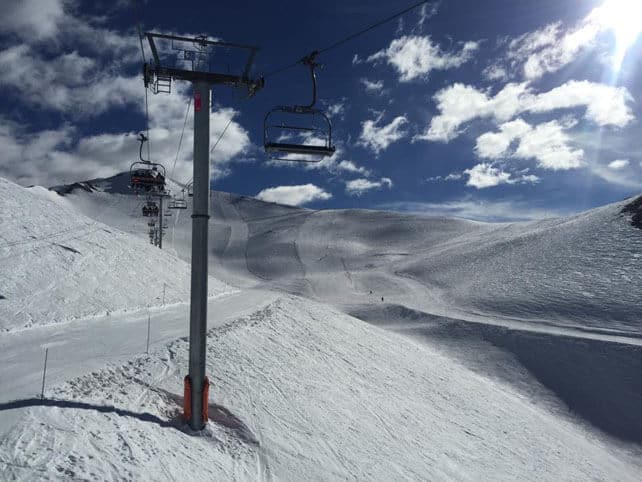 Further south, however, it’s been snowing. This was Catedral Alta Patagonia, in Argentina, which is about 530 miles south of Santiago. 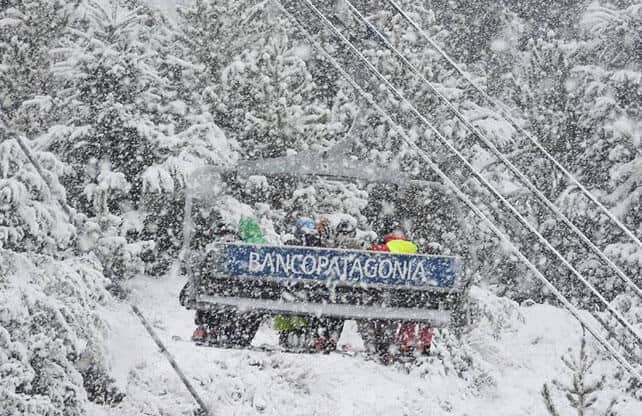 More snow is expected there this week, and it’ll be heavy at times, too.

Up high, there was snow last week in the eastern Alps, when a cold front crossed the region. The picture below was taken in Hintertux in the Austrian Tirol on Wednesday. 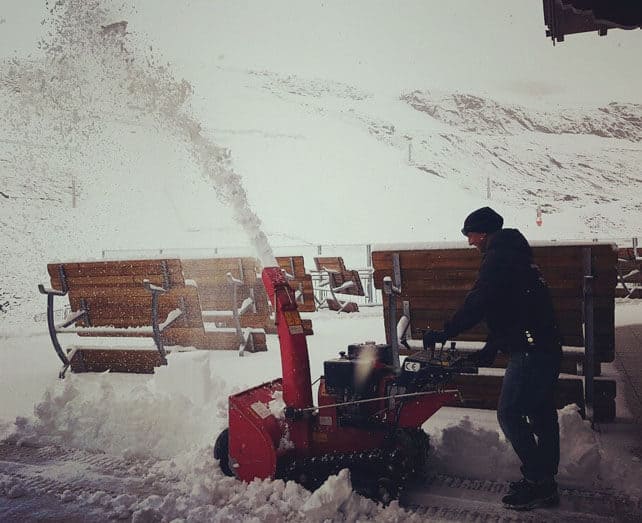 This week, the weather will be warmer. Wednesday and Thursday are likely to be showery in the east, but even so the daytime freezing point won’t dip much below 3600m, and in the west it will be sunnier and warmer.

Here’s how it was looking this morning near the glacier above Saas-Fee in Switzerland, with teams of skiers warming up… 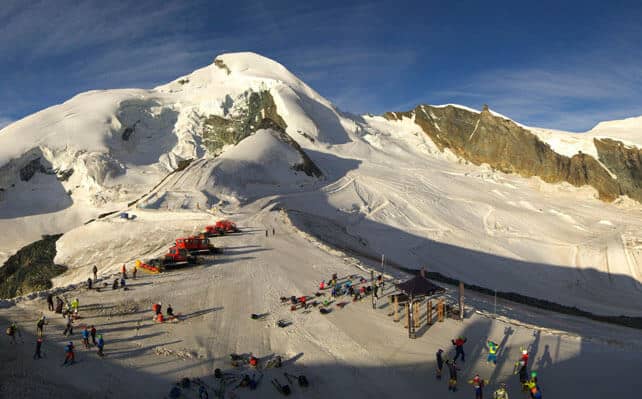 No Responses to “Blazing Sunshine in the Southern Hemisphere”