Plenty of Snow for the Holidays: But it is Warming Up 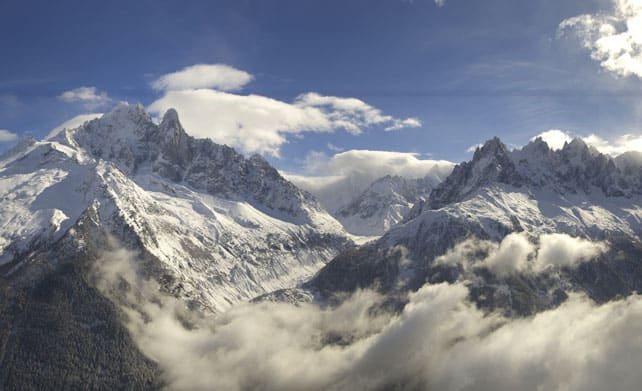 Looking towards the Mer de Glace in the Chamonix Valley today. Photo: montblancnaturalresort.com

It’s been a snowy seven days in the Alps. The western end of the region has had the best of it, with almost a metre falling in parts of the French Alps since February 2. But every resort has seen some snow, and even the Dolomites are now blanketed in white (although their snow cannons have ensured good piste-skiing since mid-December).

So, once again, Mother Nature has delivered, just in time for the mid-February school holidays. But she has made one mis-step. Temperatures are now rising, and over the weekend it’s going to be mild for the time of year. In France, the daytime freezing point will be up to 2500m, and it will hit that mark in Austria on Sunday, too.

At least families won’t have to deal with frozen kids on their first day on the slopes. But the thaw will mean that on many of the lower and sunnier slopes the snow will melt a little during the day, and then refreeze overnight. Skiers will need to be ready for hard-packed pistes first thing in the morning as a result – before the snow softens again in the sunshine. Off-pisters will need to migrate to shady slopes at the top of their lift systems to find power.

The outlook, by the way, is for a little more snow in the southern and central Alps over the next few days, with a thin veil of cloud or sunshine across the northern half of the region. Daytime temperatures are likely to drop back a little at the beginning of next week, but they’ll still be on the mild side. As a result, in the lower resorts of the eastern Alps, we may say some grass poking through, off-piste, on sunny slopes by the end of the week. However, the pistes will be fine, thanks to the dense, thaw-proof cover laid down by the snow-cannons.

Pictured below is how it was looking on the Bellevarde above Val d’Isere, earlier this afternoon. Snow depths here are a healthy 110-195cm deep, depending on altitude. The last big snowfall was on Sunday (40cm in 24hrs), but there was 5cm on Tuesday and another 5cm on Wednesday). 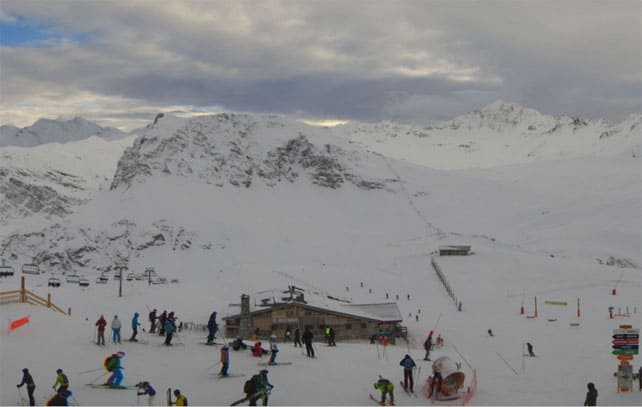 And here’s how it was looking in Serre Chevalier, further south. The resort had 10cm of fresh snow yesterday, and reports 30-165cm of settled cover, depending on altitude. 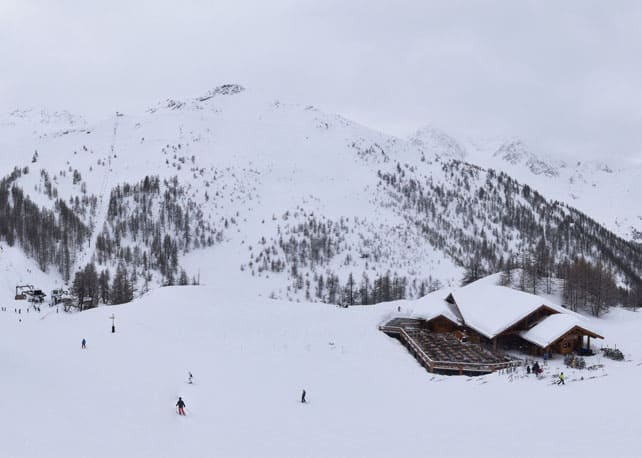 Pictured below is how it looked this morning in the Monterosa ski area in Italy, of which Champoluc is a part. There was fresh snow here yesterday, and on the highest slopes the cover is up to 190cm deep. 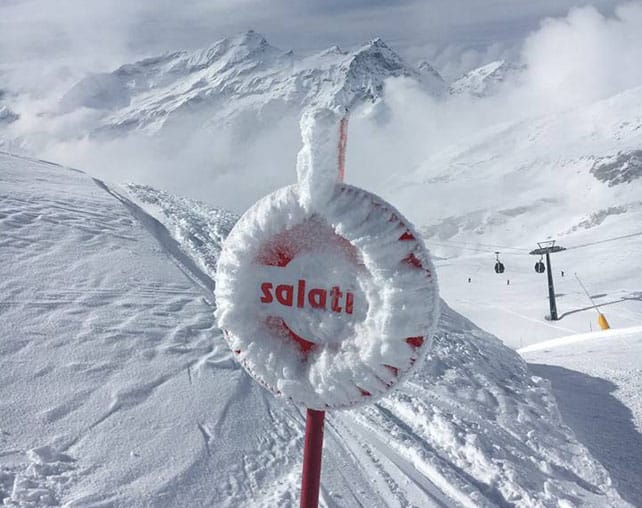 Further east, here’s how it looked in Madonna di Campiglio in Italy this morning. The last fresh snow was on Monday (30cm) and the settled cover is 50-90cm deep. 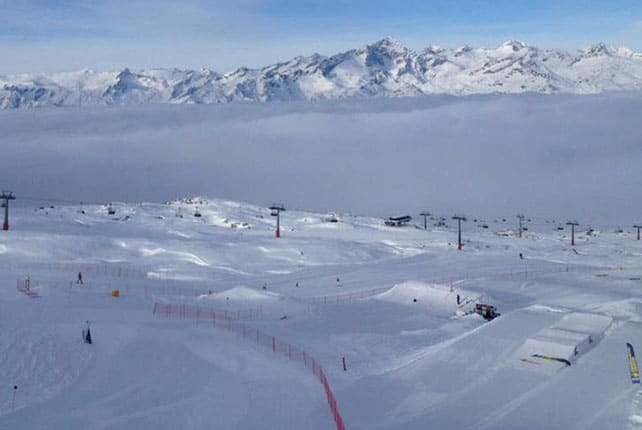 Pictured below are the slopes above Soll in the northern Tirol this afternoon. The cover here is 60-70cm deep depending on altitude. 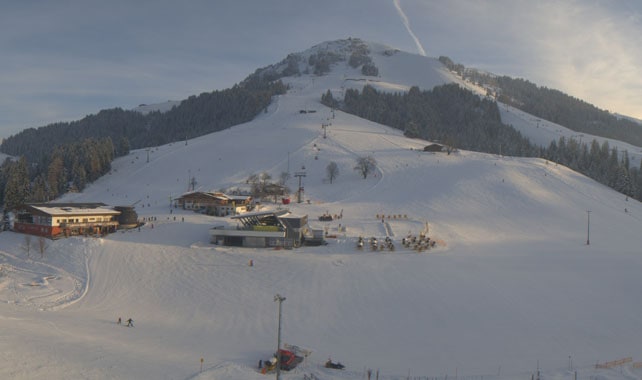 And this is Saalbach, in the Salzburgerland, where the cover is 30-60cm deep. 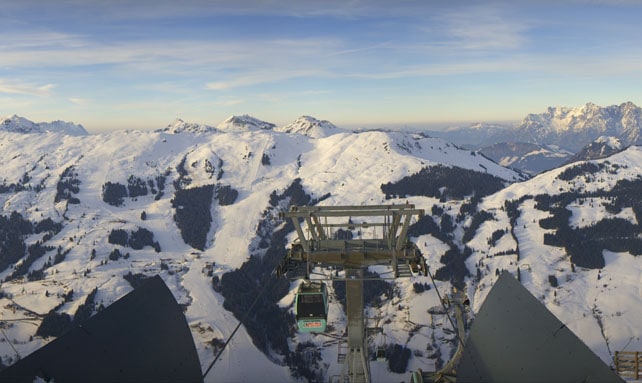 Whistler’s had a good dump overnight: 30cm in 12hrs, with 30-45cm more expected by Friday night. It is, however, very windy. 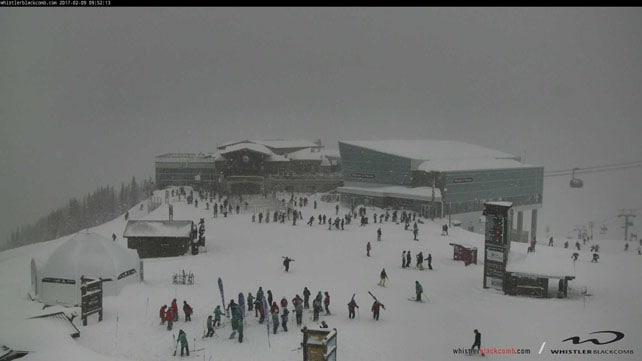 It’s snowing inland too – Lake Louise had 3cm overnight and could get 20cm more today. 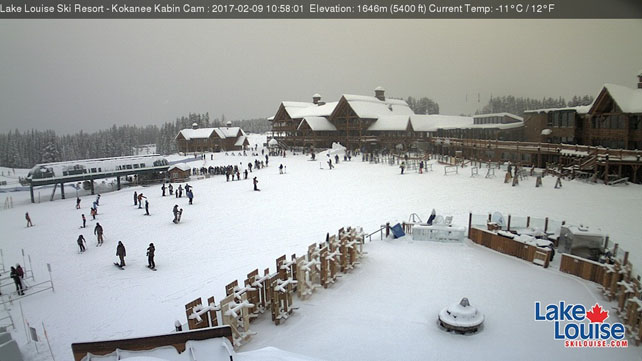 Note the temperature: -11C. There’s a sharp contrast between temperatures in western Canada today and the resorts in California and the central American Rockies. Around Lake Tahoe in California, it’s raining up to 2700m today because it’s so warm. Fortunately, the temperature should drop sharply overnight and the snow will return.

Inland, the weather’s been wild and mild too – at Jackson Hole a windstorm has brought down electricity cables, and the ski area is shut until the power supply is restored. Pity. At the top of the ski area, there’s been 55cm of new snow in the last 48hrs. In Utah, they’re expecting record highs for the time of year, as a result of the surge of warm air. Come Friday/Saturday, temperatures will drop in both Utah and Colorado, and light to moderate snowfall is expected.

One Response to “Plenty of Snow for the Holidays: But it is Warming Up”