Coupled with the snow that fell over the weekend, these weather fronts will – in the short term at least – dramatically improve the skiing from about 1500m upwards, as well as significantly increasing the avalanche risk for off-piste skiers. 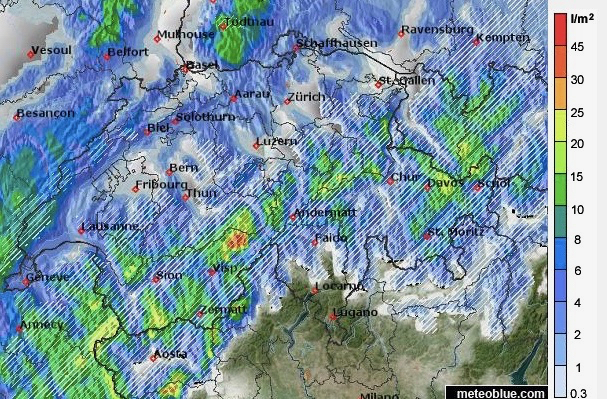 Currently, it looks as though the second weather front, which is expected on Thursday afternoon, will bring the heaviest snow. The French Alps and south-western Switzerland should get the lion’s share, but there will be snow across the whole of the northern Alps.

The second weather front will push some much-needed snow into Italy for a time as well. The Aosta resorts, including Courmayeur, Cervinia and Monterosa will all benefit, and there will be some snow in the Dolomites too.

However, the big disparity between snow depths in the northern and southern Alps will remain. Generally, you’ll find much deeper cover in the northern half of the region.


During the coming snowstorms, the daytime freezing point will dip down to the 1000m mark for a time, before rising again on Friday, when more spring-like conditions return. At the moment, another settled period of warm, sunny weather looks likely from Tuesday onwards.

In other words, if you want to ski light, cold, wintry snow below 2000m you’ll need to do it quickly – avalanche risks permitting. Higher up, the fresh snow will last longer, especially now the slopes are quiet again.

The fresh snow is also good news for high-altitude resorts such as Obergurgl, Tignes and Val Thorens as they prepare for the end-of-season April rush.

Here’s how it was looking in Tignes earlier today. Currently the snow is 110-233cm, depending on altitude. 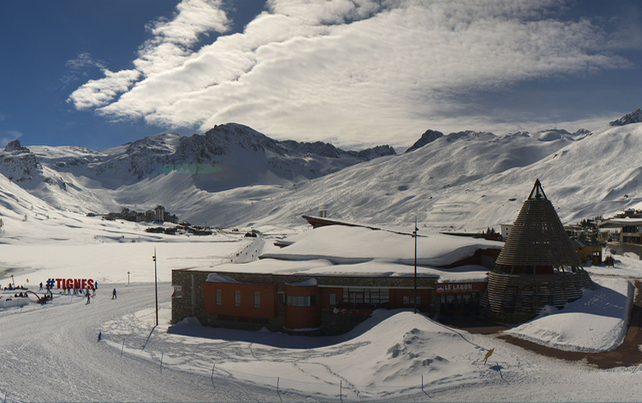 This was the morning view of the Mont Blanc, where wind speeds reached a staggering 244kp/h at the beginning of last week. In the Chamonix valley, snow-depths range between 30 and 250cm, depending on altitude. According to MeteoFrance’s snow report, these depths are about right for the time of year, but not exceptional.

Meanwhile, here’s how it looked above Ischgl in Austria’s Tirol this afternoon. The mid-mountain snow depth here is about 150cm. 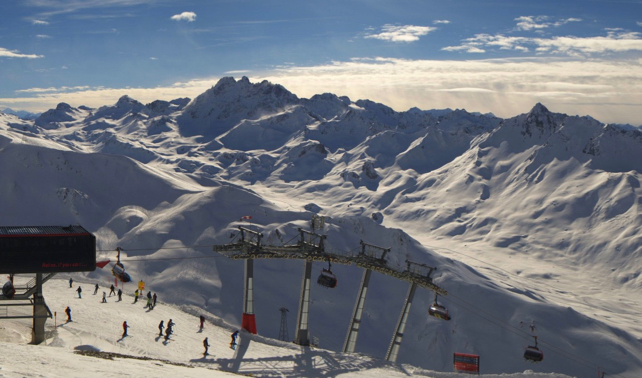 No Responses to “Heavy Snow Expected in the Northern Alps”