A Busy Week of Weather in the Alps 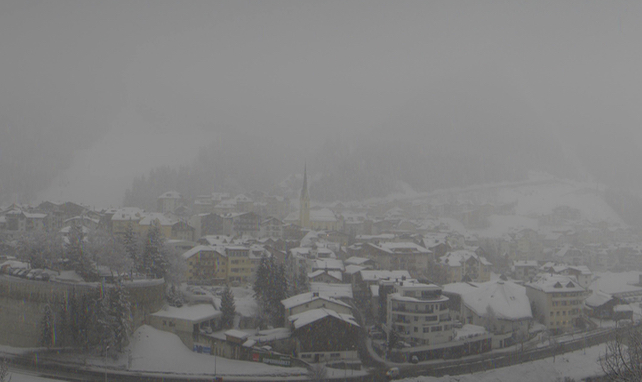 Snow falling in the Tirolean resort of Ischgl this afternoon. Photo: ischgl.com

It snowed at the end of last week across the northern half of the Alps, and it’s snowing again this afternoon. More is expected during the course of the week – accompanied by strong winds and yo-yoing temperatures.

However, we’re not looking at a return to properly wintry conditions, in the wake of February’s balmy sunshine.

Instead, we’ll see a pattern of alternating chilly and mild days. In France, the daytime freezing point will be oscillating between 1300m and 2400m, as the wind swings between northwest and south-southwest.

On occasion, rain will fall up to mid-mountain level even in high-altitude resorts. At other times, it will be snowing down to 1000m.

The French Alps are likely to get the lion’s share of the snow over the next five days. However, in the middle of the week, during one of the milder spells, it’s expected to snow across the Italian resorts as well. There hasn’t been heavy snow there since early February.

As a result, skiers can expect an improved skiing surface, on-piste – which will go some way to compensating for the spells of windy weather and poor visibility.

Off-pisters will also be enjoying increasing amounts of powder, though it’s likely to be wind-blown on many slopes with older, crustier snow not far beneath the surface. As the snow continues to fall this week, this off-piste snow will deepen, and the avalanche risk will creep up. It is, for example, already at 3/5 in the Val d’Isere area.


Here’s how it was looking in the Bellevarde sector of Val d’Isere this afternoon. As you can see it’s pretty wild up there, but at least they’re expecting a decent amount of snow. According to today’s MeteoFrance avalanche report, 15cm fell there on Friday, and another 15-20cm is expected today. 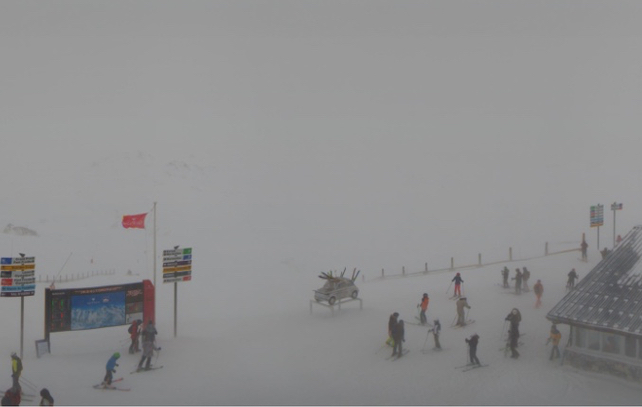 Meanwhile, this was the scene above Serre Chevalier, further south today. Here too there’s been snow and the resort should do particularly well from the storm expected on Wednesday/Thursday. Currently, the settled snowpack is 40-228cm deep. 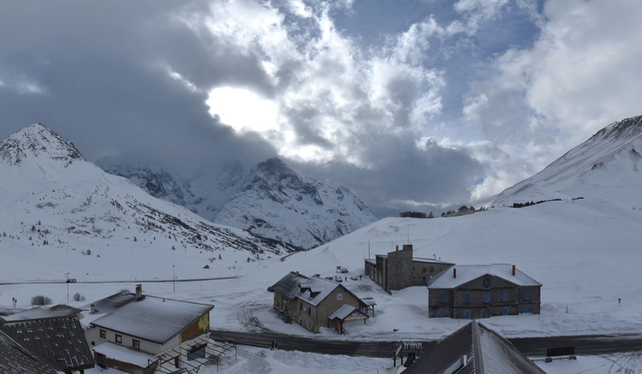 Pictured below is Lech in the Arlberg this afternoon. (The Austrian resort shares its ski area with St Anton.) The Arlberg had 20-30cm of snow at the end of last week, and will get more today. The snow in Lech is currently 175-225cm deep – a reminder of how much of the white stuff fell in Austria in January. 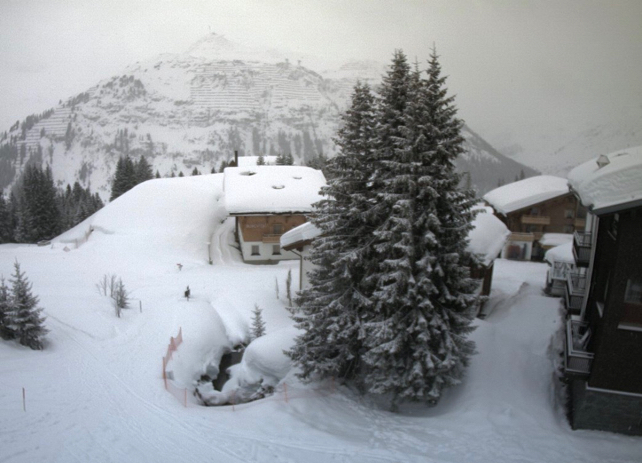 Finally, I wanted to leave you with the ECMWF’s current forecast for March 14. It’s much too soon to be sure of it. But it’s good to see that at least there’s a possibility of this cooler, snowier trend continuing – especially after the early start to spring in February. 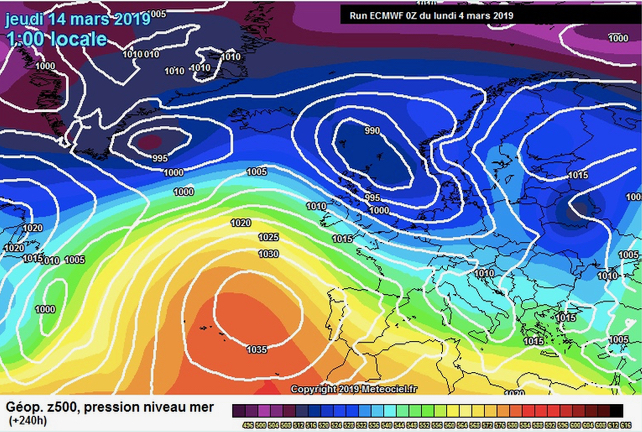 No Responses to “A Busy Week of Weather in the Alps”