High-Alititude Snow Expected in the Alps

It looks as though the shutters have come down on the mainstream ski season at just the right moment.

Last week ended with a spell of magnificent spring weather, allowing Tignes, Val Thorens, Solden and the Pitztal glacier to finish their “winter” seasons in style.

There are still several glacier ski areas still open, including the Hintertux, Stubai, Kaunertal and Kitzsteinhorn glaciers in Austria, as well as Zermatt and Engelberg in Switzerland, and (at weekends) Cervinia in Italy. But this week, the weather is going to be more changeable, and rather less magnificent. A Foehn wind will drag warm air up from the south, and in Italy especially there’ll be frequent spells of rain, which will spill over into the northern Alps from time to time. 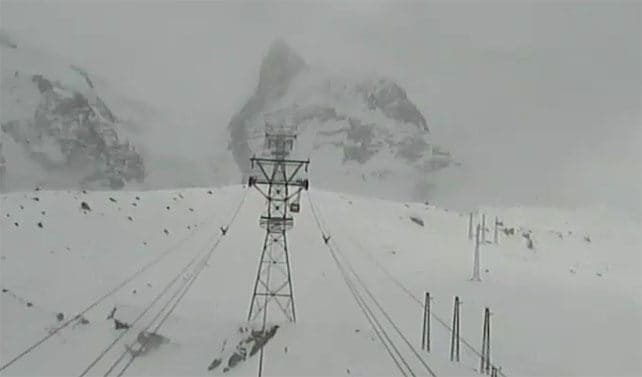 At the highest altitudes (above 3000m), there’s likely to be a fair amount of snow too: especially along the western and central sections of the main Alpine ridge. The glacier above Zermatt will be one of the beneficiaries, although strong winds and low visibility will make conditions tough for skiers in the short term – as you’ll see from the picture above. (Zermatt is open for skiing all year.)

Meanwhile, skiers in Austria can expect more in the way of clear spells, though there will be rain/snow from time to time. Here’s how it was looking on the Stubai glacier in the Austrian Tirol earlier today. The glacier here closes on May 29. 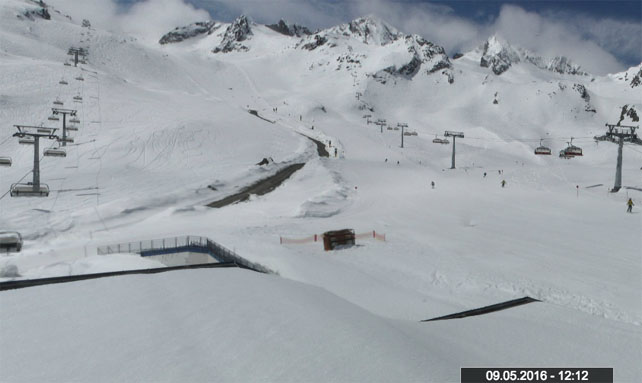 Conditions in Engelberg in Switzerland were still pretty good this morning too. You’ll be able to ski here till May 22. 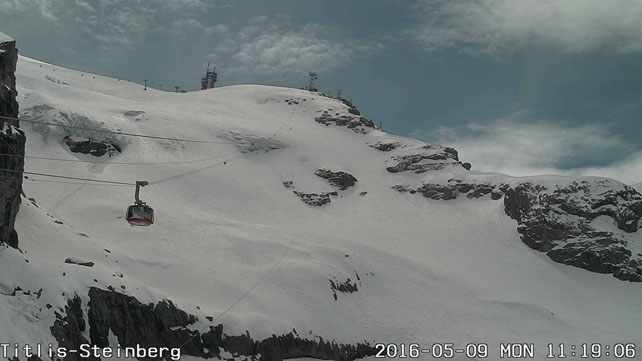 Next weekend, a cold front is expected. It should hit the western Alps on Thursday, and Austria on Friday, and for a time snow will fall down to 2000m. It should be followed by a spell of clearer weather at the weekend, but temperatures will stay low for the time of year.

That’s frustrating for the locals, who are longing for an extended spell of warm and sunny weather. But it’s good news for anyone who’s planning to ski the glaciers this spring or summer. The more snow that falls, and the more frequent the chilly spells, the better! 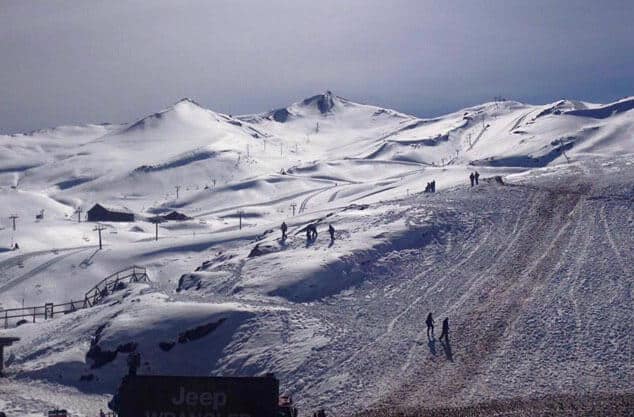 It’s just over a month till the first ski resorts open in New Zealand (Mount Hutt will probably be the first, on June 10) – but it could be that the ski areas of South America will beat them to the draw, if their run of form continues. A meaty autumn storm blew into the Andes in April, and this was how Valle Nevado, near Santiago, was looking last week. However, no firm dates have been set yet for opening day.

2 Responses to “High-Alititude Snow Expected in the Alps”