The Snowy Weather Continues in the Alps

As forecast, the weather turned wild and wintry at altitude in the Alps over the weekend.

Many resorts saw snow at altitude. Yesterday, 15cm fell at the top of Cervinia’s ski area, while the Stubai glacier near Innsbruck reported 20cm of fresh snow this morning. Even better was the total at the Hintertux, near Mayrhofen: 25cm.

Here’s how it looked on the Hintertux as the skies cleared. 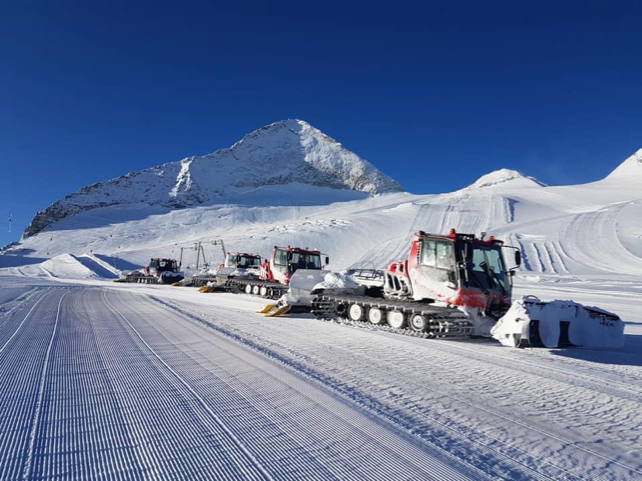 The settled snow depth up there is now 45cm – and it’s likely to be significantly deeper by this time next week. Several more weather fronts are expected to cross the region as the wintry spell settles in.

What’s more, according to the ECMWF, it’s likely to stay cool and snowy in the Alps until the middle of the month.

The next band of snow has already hit the western Alps – and snow has been falling there for much of the day. Pictured below, was how it looked in Tignes-le-Lac this afternoon. This was at 2100m – but it’s interesting to note that the snow has also settled down at 1550m, in Tignes-les-Brevières. 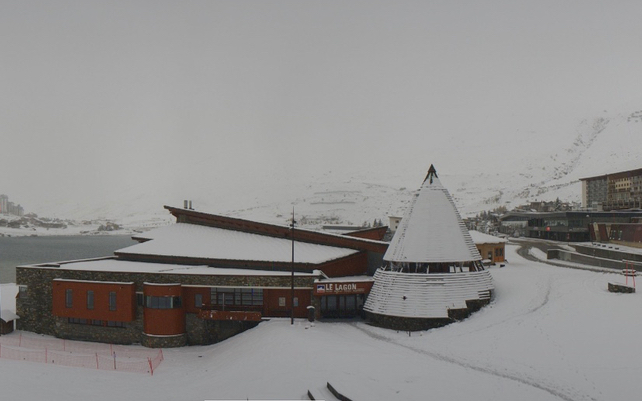 Meanwhile, here’s how it looked above St Moritz in the Switzerland’s Engadin valley this afternoon. 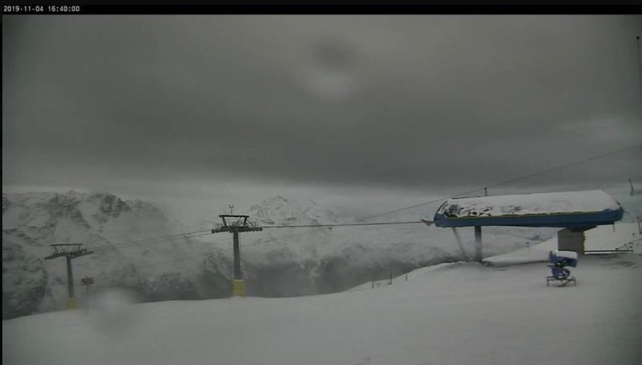 This new weather front will bring snow to Austria overnight, and it’s likely to snow in the Italian Dolomites as well. Here’s Meteoblue’s 24hr snow forecast up to 1am on Wednesday. 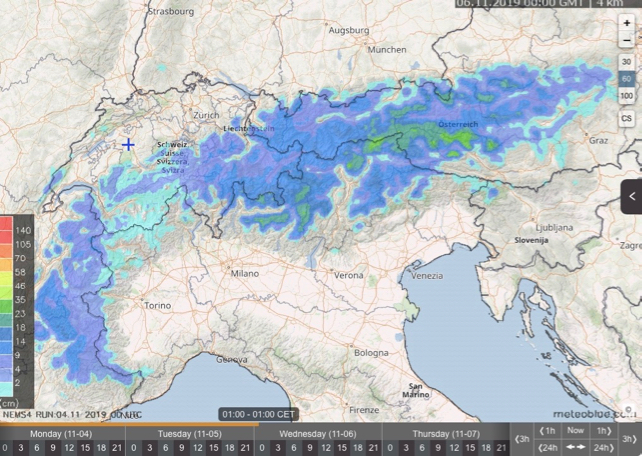 And here’s the 24hr snow forecast to 3pm on Saturday. It’s too far in advance to be sure of this one; but it looks as though the Dolomites, the Osttirol and Carinthia could do very well from this storm. 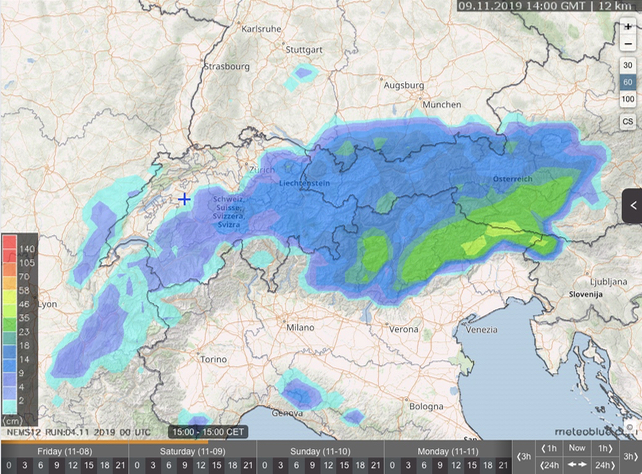 Fingers crossed it stays cold in the second half of November: but even if it doesn’t, there’s going to be some great skiing on the glaciers once the weather settles down again.

For tips on where to ski in November and early December, check out our guide to early-season skiing

No Responses to “The Snowy Weather Continues in the Alps”