More High-Altitude Snow in the Alps 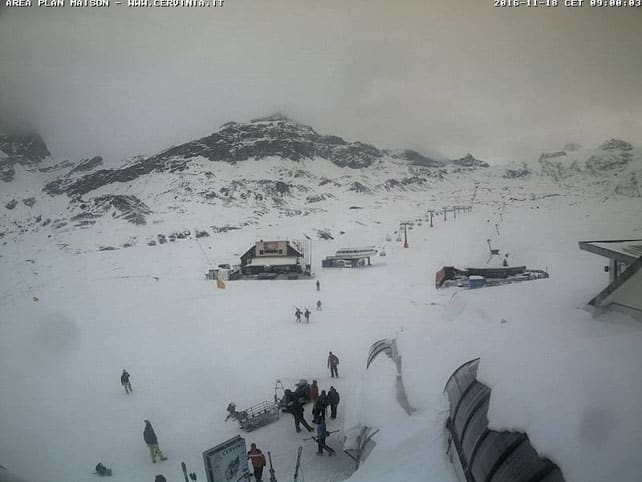 Cervinia this morning, before the clouds came down. Photo: cervinia.it

First, the good news: in the Alps, there will be more snow at altitude over the next three days – and if the current snow forecast holds good, it’ll be heavy, too. Some of the high-altitude ski areas (the Grands Montets near Chamonix, the Stubai glacier, the Kitzsteinhorn glacier, Cervinia) could get more than half a metre.

The less good news is that the region is currently on the front line between two masses of air, one warm, the other cold – and the warm air will have the final say. Today, it’s mild, and as I write it’s raining at village level almost everywhere in the Alps. Tonight, temperatures will drop sharply, and the snow will be much more widespread (down to 1200m in places), before milder, soggier weather returns on Sunday.

Here’s our current snow forecast map for tomorrow – which is the best-looking of the bunch. 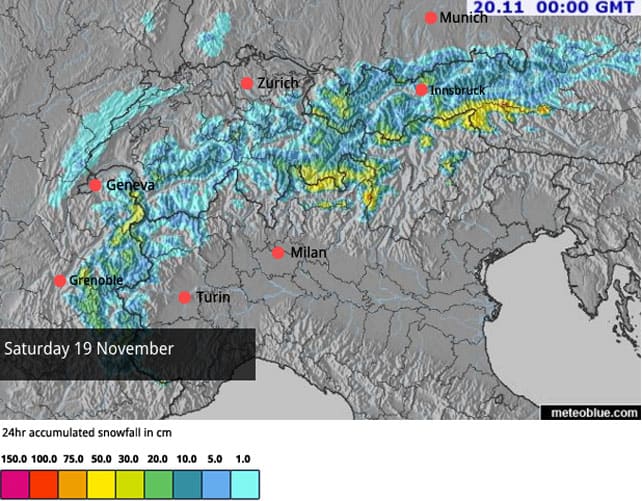 In other words, the Alpine climate is up to its usual tricks. Yes, there’s a lot more precipitation about than in 2014 and 2015: but spells of mild weather are still part and parcel of the process. We all need to take that into account in these opening weeks of the season.

Nevertheless, thanks to the storms of November 6-11, there’s already a lot of snow at altitude. Val Thorens (which opens for the season tomorrow) is reporting 140cm of the white stuff, packed down on its higher pistes, and a metre in the village at 2300m. Cervinia has 190cm at the top of its lifts, and the Stubai Glacier a metre. Not bad for November 18. What’s more, the milder weather will help the snowpack settle, which is good news for off-pisters, as it will help to create a more stable base.

Here’s how it was looking at little earlier at the bottom of the Grande Motte cable car in Tignes. Murky…

This is Verbier, in Switzerland. I bet there’s a flake or two of snow in that dark cloud… 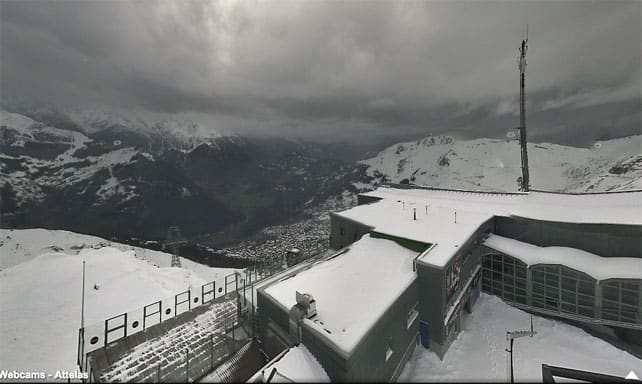 And this is the Pitztal glacier ski area in the Tirol. 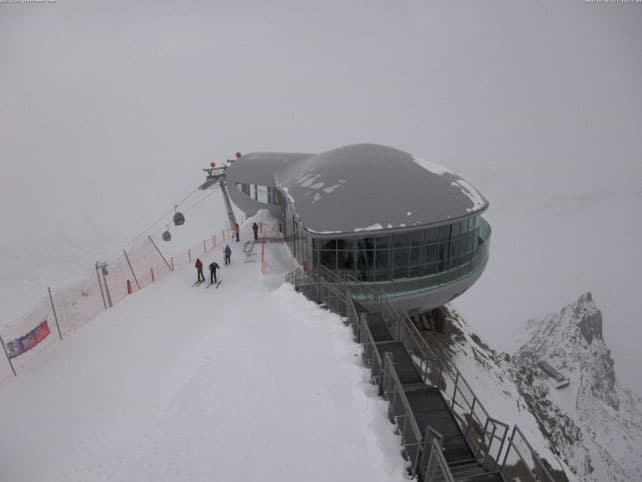 Looking ahead, the mild weather is likely to persist for much of next week, and there will be further spells of high-altitude snow and low-altitude rain. Then, consensus is forming amongst the mid-range forecasts that the weekend of November 26 and 27 will be cooler: good news for the opening of Val d’Isere and Ischgl, and the Grande Premiere party in Val Thorens.

After that…well, we’ll have to wait and see: and, in the meantime, go skiing somewhere high, amongst the gods and the ravens. Resorts with slopes in the 2000-3000m range are the ones we need in these early weeks of the season.

2 Responses to “More High-Altitude Snow in the Alps”