Alpine Ski Areas Dig Themselves Out After Heavy Snow 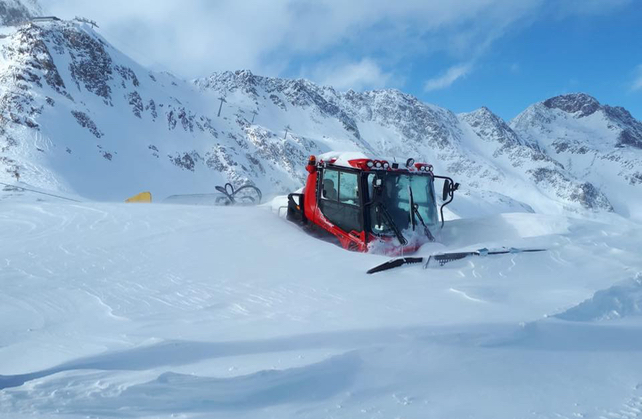 Saturday’s photo from the Stubai Glacier in the Austrian Tirol (above) says it all.

After nearly three weeks of snowstorms, parts of the Alps are groaning under the weight of early-season snow. In Cervinia in Italy, for example, there’s already 135cm of the white stuff packed down on its mid-mountain pistes, and 265cm at the top.

71km of pistes are already skiable in the area it shares with Zermatt, across the Swiss border. Here’s how the Matterhorn looked above Zermatt today. 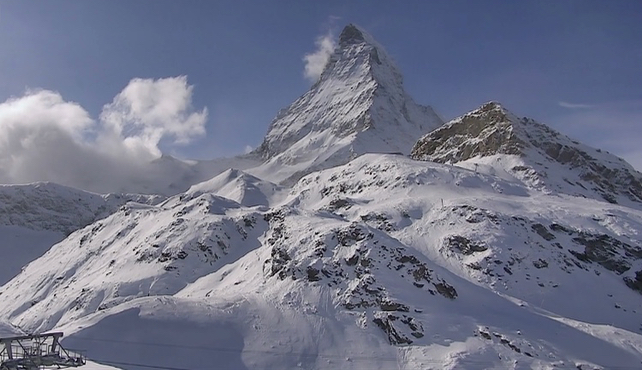 Meanwhile, in the Austrian resort of Obergurgl – which opened for the season on Thursday – the settled snow is already 105-210cm deep. The ski area was closed yesterday because of the avalanche risk, but 67km of pistes are skiable today. More will follow today once safety teams have finished blasting.

And on the Stubai glacier there’s 250cm of snow on the higher pistes – although the entire ski area is off-limits today because of the avalanche risk on the approach road.

You wouldn’t normally expect these kinds of snow depths in the Alps until mid-January – and only then in a good season. It’s an extraordinary start to winter.

Aside from concerns about avalanche safety, the high-altitude resorts are delighted. Early-season skiers will be flocking to their slopes now the clouds are starting to lift – and they’ll find more terrain is open than usual for this time of year.

For example, even though it’s had less snow than the resorts of the central and eastern Alps, Tignes in France was able to open its top-to-bottom descent, the Double M, at the end of last week – a sure sign the cover is already good. Here, the snow ranges between 40 and 130cm deep, depending on altitude. Meanwhile, further east, the Hintertux has up to 175km of snow on its pistes, of which 45km are skiable today. And in Sölden 50km of pistes are skiable. 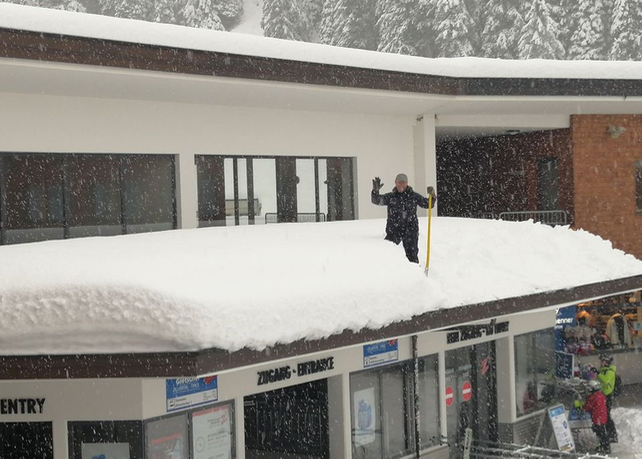 Lower down, of course, most resorts aren’t yet open. Many have snow down to village level already, and are running their snow cannons to top up Mother Nature’s bounty. But they’ll be scanning the forecasts anxiously in the hope that it stays cold in the run-up to Christmas.

Here, for example, is how it was looking earlier today above Canazei in the Italian Dolomites, where there’s now 40-160cm of settled snow, on-piste. Here, the famous Sella Ronda circuit of pistes isn’t due to open till December 5. 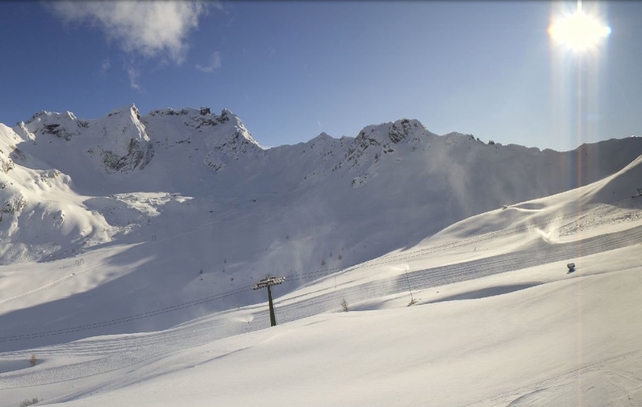 In the short term, it’s going to stay fairly cold across the region – and more snow is expected: especially in the Italian Alps, and in resorts in France, Switzerland and Austria that are close to the Italian border. But it’s also worth noting that the mid-range forecasts are predicting a milder spell next week. It may be short-lived, or it could develop into something longer. So Rule One of early-season skiing remains unchanged: aim high if you want to be sure of soft, cold, grippy snow.