An Indian Summer in the Alps: But it Ends on Sunday 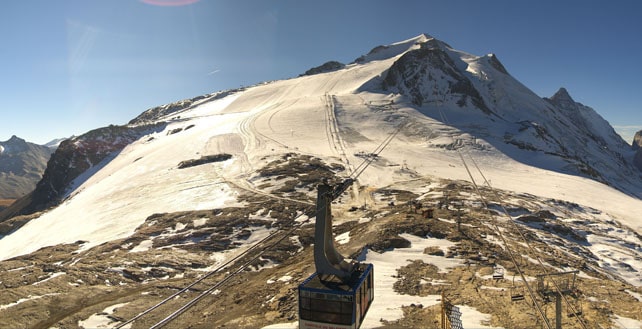 Last week saw a sudden change in the weather in the Alps, from almost-winter to just-like-summer. And it’s been mild ever since.

It’s hard to complain. Conditions have been magnificent: endlessly sunny and – in the valleys – warm enough for t-shirts and shorts. But it has slowed the march towards the ski season. With the daily freezing point well above 3000m, the cover has been thinning on the glaciers, and the snow cannons have been standing idle.

This rather lovely video from the Kaunertal in the Tirol sums up the mood nicely. It’s just too beautiful at the moment to be cross.

Now change is in the air. It looks as though Sunday and Monday will see a sudden drop in temperature, and new snow, which will settle down to 1500m in many places. Once again, it looks like the eastern Alps will get the best of it, though there will also be accumulations further west.

Here’s how the ECMWF chart looks for October 22. 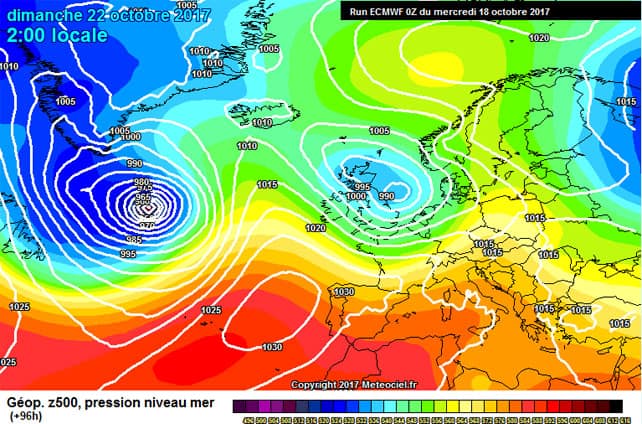 And this is Welove2ski’s snow forecast for the Alps for the same day. 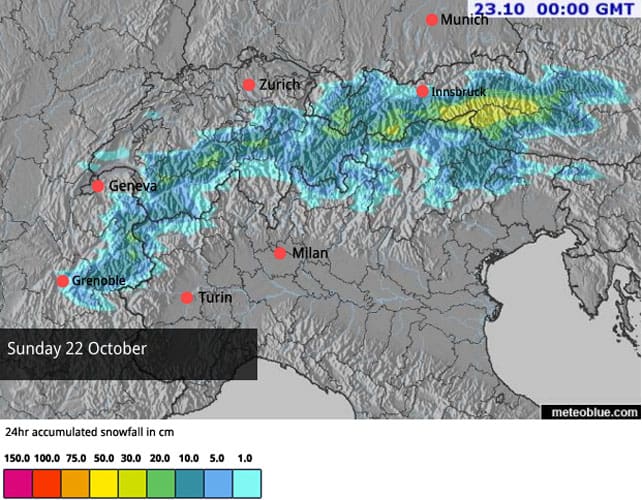 Sunday’s snow map for the Alps.

Fingers crossed the forecast is right. After the warm spell, the glacier ski areas could all do with a top-up. Most are now open for the autumn skiing season, including the Hintertux, the Stubai, Pitztal, Kaunertal, Rettenbach, Motttal, Kitzsteinhorn and (in Italy) Schnalstal glaciers, as well as those above Saas-Fee, Zermatt and Les Diablerets in Switzerland, Tignes in France. Cervinia is now also opening for weekends.

Bear in mind, however, that we’re not looking at a prolonged cold spell. When the skies have cleared, next week will warm up again. It won’t be as mild as this week, but the trend is still far from wintry. 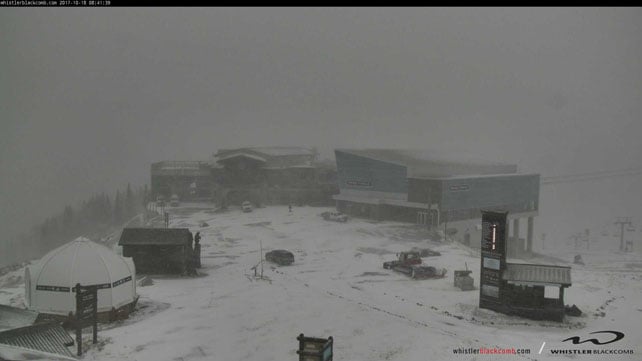 The start of a memorable autumn storm? Photo: whistlerblackcomb.com

It’s snowing in Whistler this morning: and it looks as though much of the Pacific Northwest and the northern Rockies will be walloped over the next few days. Apparently, a 5,000 mile plume of moisture is aiming straight at the region, and could drop 150cm of snow in a week. It’s much too early to get the lifts spinning there (in October, you never know what’s coming next); but it may eventually bring some opening dates forward, if the weather stays cold. Whistler is scheduled to open on November 23 and Lake Louise in the Rockies on November 10. 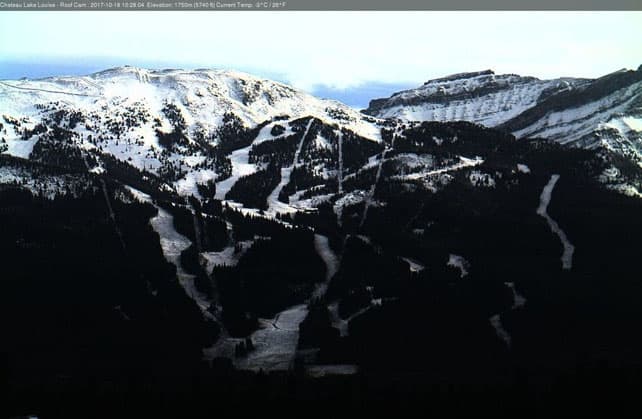 Further south, in Colorado, Arapahoe Basin opened for the season last Friday, and Loveland will follow suit on October 20. Conditions have generally been pretty good for snowmaking with several dry, cold nights, and Mother Nature has added a few flakes of her own. But as you can see from the photo below, they’re still a few steps away proper winter conditions. 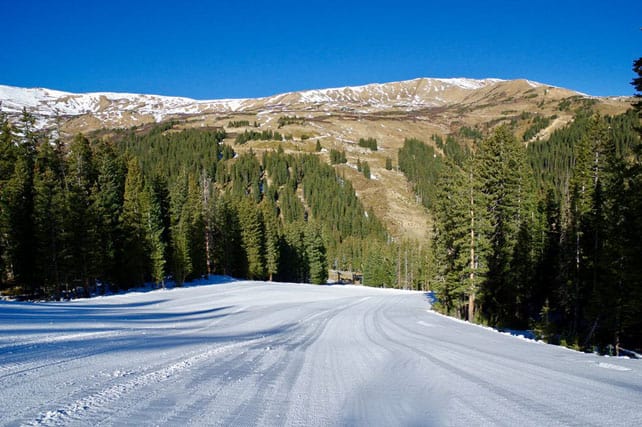 No Responses to “An Indian Summer in the Alps: But it Ends on Sunday”