October has been a snowy month in the resorts of western Canada. None is open just yet, but Lake Louise in Banff National Park is due to start on November 10, followed by its neighbour Sunshine Village on November 11.

Here’s how Lake Louise looked during the latest dump, on October 27.

And this was the scene at the top of Sunshine Village on Saturday (October 29). 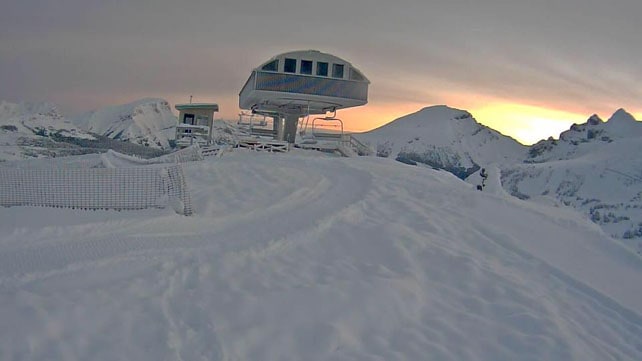 Of course, this being autumn, the temperatures are yo-yoing about a bit – and the snow on Lake Louise’s lower slopes is patchier now. More is expected on Tuesday, followed by a milder, drier spell at the end of the week. But there’s already plenty of snow on the top half of both mountains, and it should be cold enough to run snow cannons lower down at night. Unless there’s a really brutal thaw, I can’t seen the two resorts’ plans being disrupted.

Banff National Park isn’t the only place with snow. Here’s how Whistler was looking on Friday. 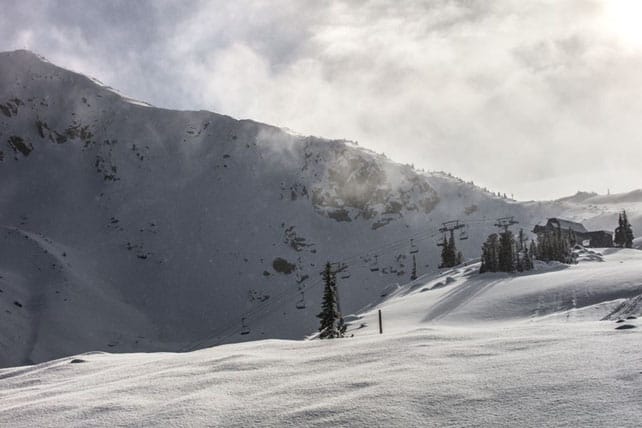 More snow is also expected in Whistler this week. However, the really big dump due on Wednesday and Thursday will be accompanied by mild air. The forecast is calling for 90cm of snow, but it’s only likely to fall on the highest slopes. The resort is due to open on November 24.

Over the last seven days, the weather has been mild in the Alps. The autumn glacier-skiing season is in full swing: but with daytime freezing temperatures up around the 3000m mark, even the snow on these high-altitude slopes has been affected by the warmth.

This week, temperatures will start dropping back to more seasonal levels, especially in the eastern Alps, and our snow forecast is predicting the odd snow flurry, too. But what everyone’s really interested in is the forecast for next week. Some of the mid-range models are predicting a proper burst of cold. 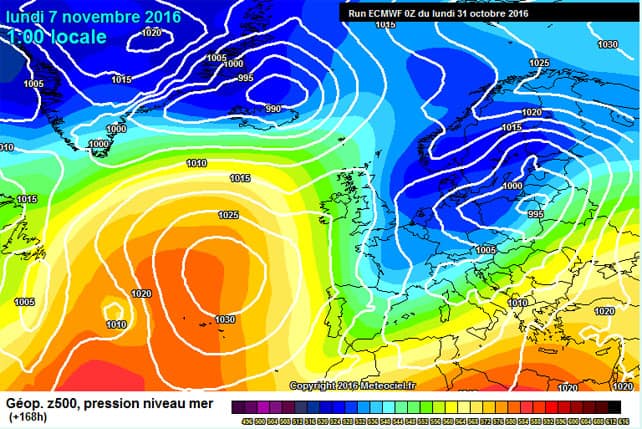 The European Centre for Mid-Range Forecast for November 7. Image: meteociel.fr

It’s too early to be sure of this, of course; and it’s worth noting that some of the models are predicting another mild spell to follow. But still: the glacier resorts could be in for a significant top-up of snow.

Here’s how the Stubai Glacier in the Tirol was looking this morning. 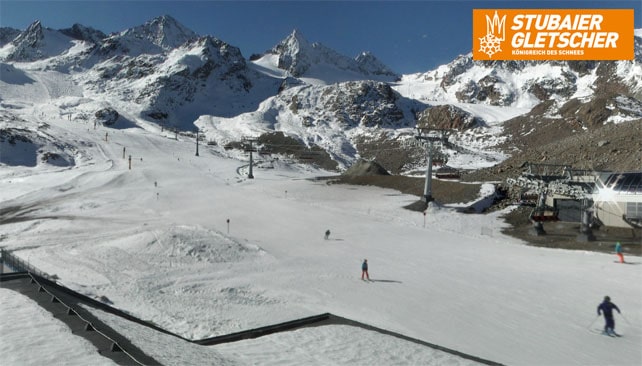 No Responses to “Heavy Pre-Season Snow in Canada”