Heavy Snow in the Alps 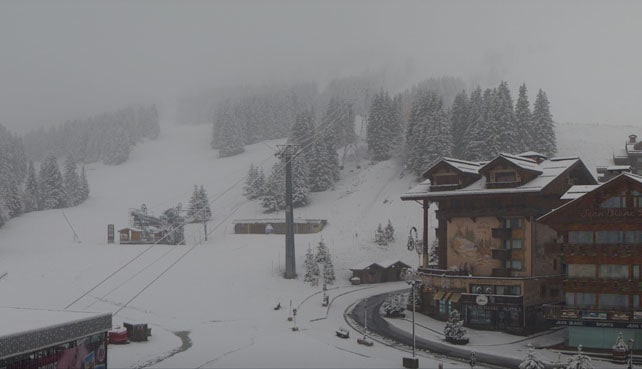 The Croisette in Courchevel this morning. Photo: courchevel.com

Heavy snow is expected across parts of the Alps today, at the start of an extended spell of wintry weather.

The snow has already started falling across the northern Alps, and parts of the Italian Dolomites too. So far, the heaviest falls seem to have been in France, in resorts such as Avoriaz and Flaine. But according to our snow forecast, resorts in the Tirol and Salzburgerland in Austria, and the area around Passo Tonale in Trentino, will finish the day with highest totals. Up to half a metre is expected. 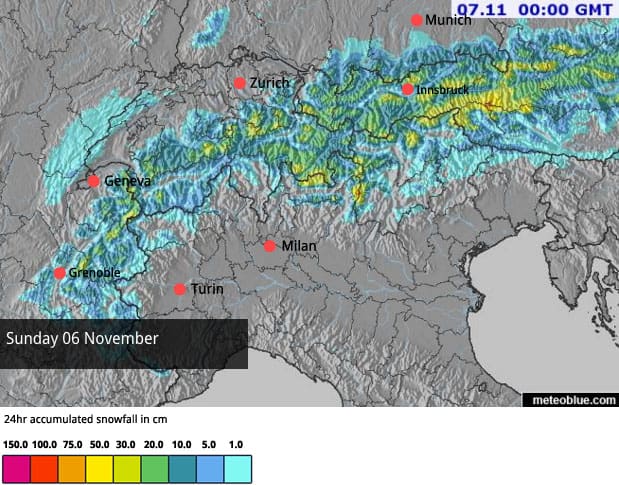 As you’ll see from the sample of webcam/Facebook shots, below, the snow if falling to resort level almost everywhere. In France and Austria, the daytime freezing point will be down to 1100m today. Tomorrow, it’ll sink even lower, although the snow will be easing up for a day or two.

However, Wednesday should see another heavy dose. 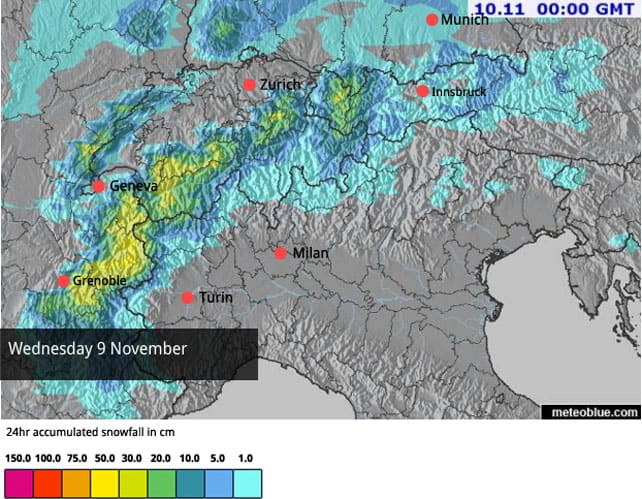 The snow map for November 9.

Is this the start of winter? I wouldn’t bet the house on it. This is a much meatier preview of the coming season than we’ve had so far – and some of the mid-range forecasts suggest there’ll be another dose of snow next weekend, too. However, the early signs are that we’ll have a thaw after that.

So if you’re planning an early-season trip – or you’ve got an eye on the discounted Christmas and New Year ski holidays currently available in the British market – you should still aim high, to be safe.

But you can also expect some fabulous skiing on the glacier ski areas once the skies clear. If we get one more dose of weather like this before the end of the month then the early-opening mainstream resorts such as Obergurgl, Tignes, Val Thorens and Val d’Isere will get off to a good start.

So don’t stop sacrificing the chickens just yet.

Right – here’s a brief survey of the day’s webcams. As you can see from this shot of the Stubai glacier, south of Innsbruck, skiers aren’t waiting a break in the weather to get stuck in. 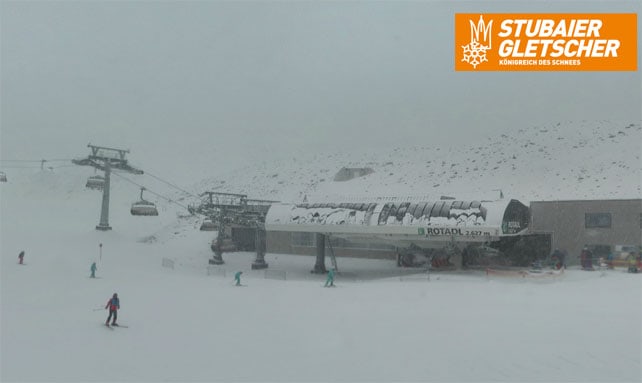 Meanwhile, in Lech in Austria’s Arlberg, the snow is only just getting going. However, 30cm is expected here (and on the other side of the Flexenpass in St Anton) by midnight. 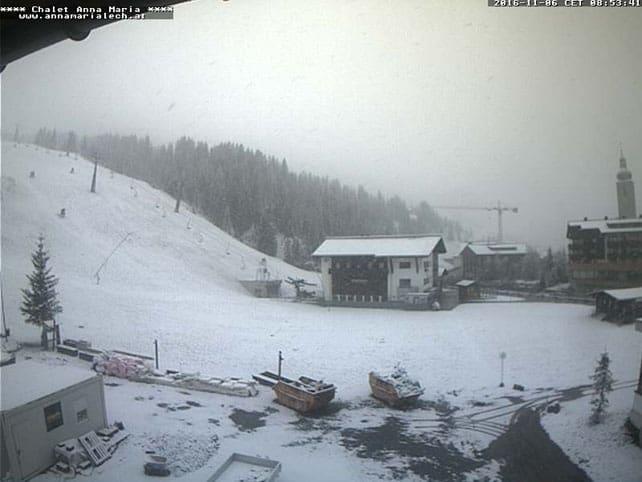 Pictured below is how it was looking on the slopes above Samnaun earlier this morning. The Swiss resort shares its ski area with Ischgl in the Tirol. 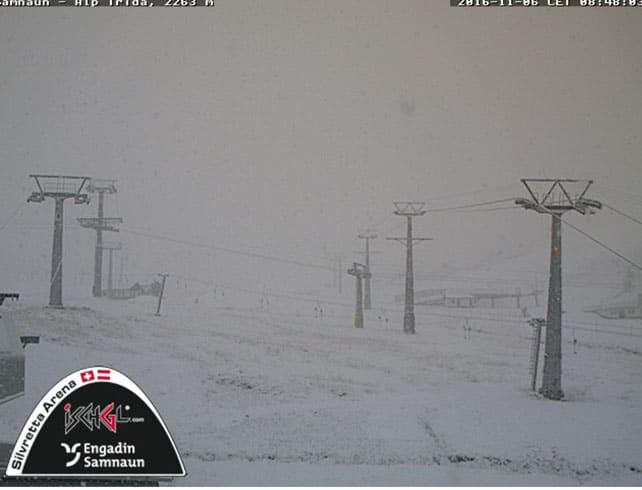 You can see the snow’s thicker on the ground in Avoriaz in France (Avoriaz has the highest snowfall average of all the French resorts in the Alps). 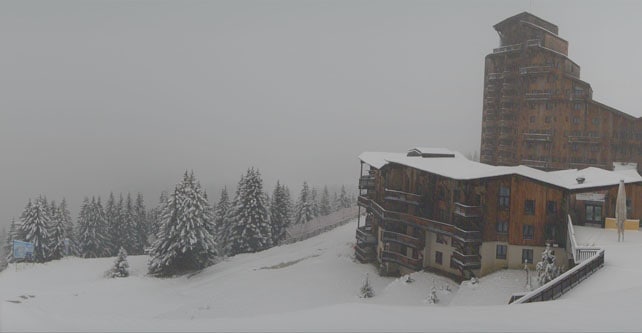 Meanwhile pictured below is Tignes in France. There’s been skiing on the glacier for a month, but we might see Double M, the piste that runs down to Val Claret, open once skies clear. 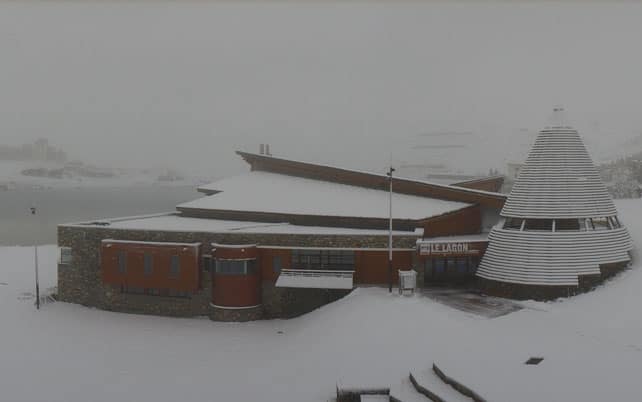 Further south, there’s been snow in Serre Chevalier, too. 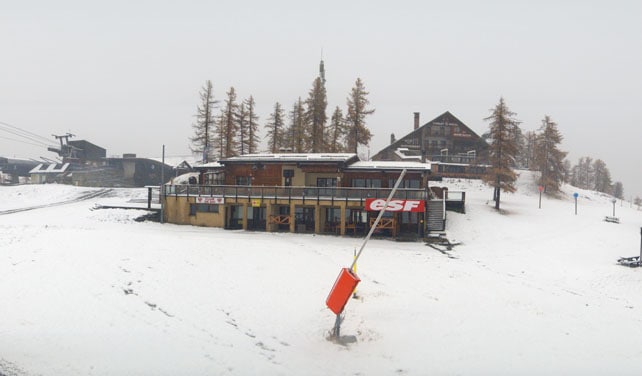 Verbier in Switzerland also has snow this morning, though not in the same quantities as we’ve seen in France. 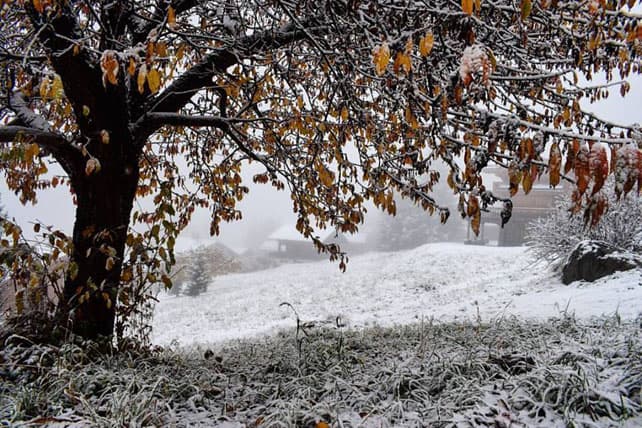 And here’s evidence of the snow at the western end of the Dolomites, in Madonna di Campiglio. 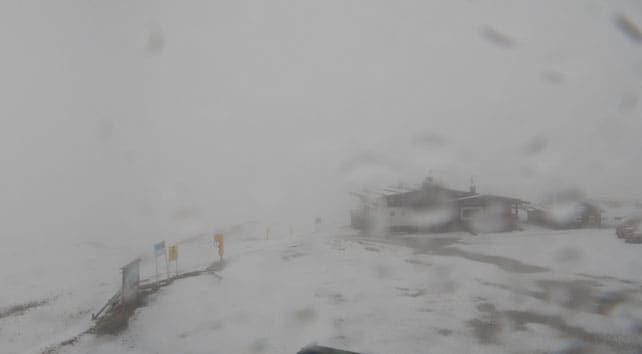 No Responses to “Heavy Snow in the Alps”