The first proper snowfall of autumn is heading towards the Alps. 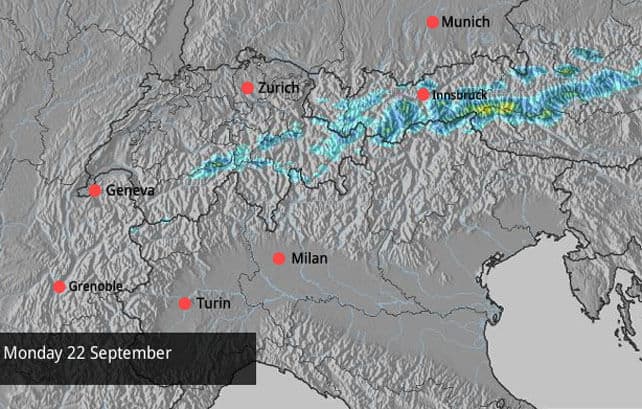 The Welove2ski snow forecast for the Alps, September 22.

As you can see from today’s snow forecast for the Alps, above, parts of the high Austrian Alps are due to get 30cm of snow today. Most of it should fall tonight, but you can already see snow in the air in this shot of the Stubai glacier in the Tirol this morning. Here, the autumn season got going ten days ago, and six pistes are currently open for skiing. 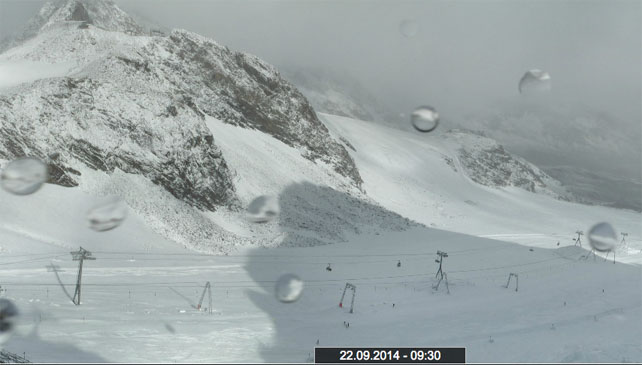 You can also see signs of a dusting of snow above the Pitztal glacier this morning in the webcam shot below. 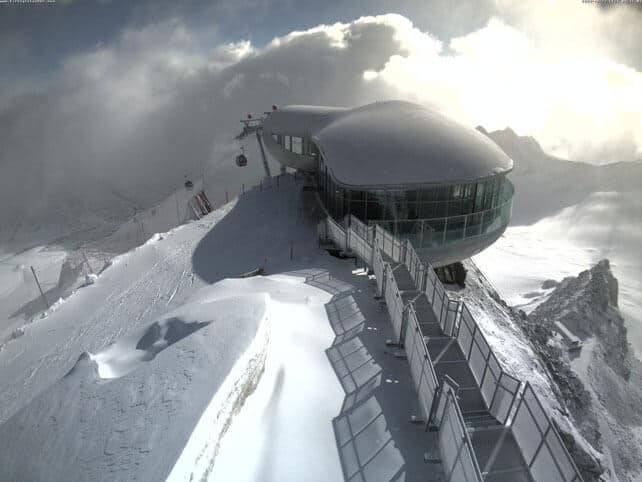 Both the Pitztal and Kaunertal glaciers opened their lifts after the summer break on Saturday, and they’ll be glad of the fresh snow, after a mild start to September. Currently there are 5km of pistes open on the Pitztal and a very modest 2km on the Kaunertal.

The next significant glacier openings are the weekend after next. Above Kaprun in the Salzburgerland, the Kitzsteinhorn glacier is due to open on October 3. It’s snowing there this morning, and there could be 30cm up there by the time the clouds lift tomorrow.

Then, on October 4, the Grande Motte glacier above Tignes is scheduled to open, too.

By the way, please don’t assume that because it’s snowing now, winter is about to get off to an early start. In the short term, it’s going to be a chilly week in the Alps. But a sharp rise in temperature is expected next weekend. We can expect more of the same over the next couple of months – the odd spectacular dump that gets everybody’s blood fizzing followed by thaws which send the snowline scurrying back uphill.

According to Meteosuisse, for both the western Switzerland, and the east, the long-term weather models are showing no clear signal for either a warm or a cold autumn. The same is true for France, according to the seasonal forecast from La Chaine Meteo.

So if you’re planning an autumn or early-winter ski trip, you need to temper your expectations, and our guide to the best resorts for early season skiing for advice on where to go, and when.

Winter bites back in New Zealand 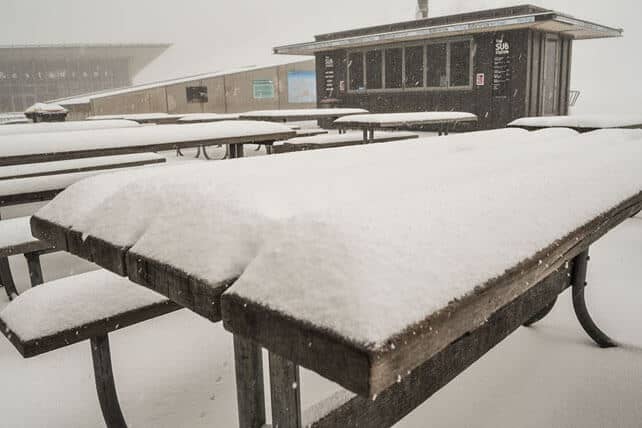 Late August and the first half of September were marked by a long, dry and mild spell in New Zealand, but that changed last week with a decent dump in many resorts on September 15, and more snow today. There have been high winds too. Coronet Peak, near Queenstown, opened with 5cm of fresh snow today, but the lifts at The Remarkables have been shut thanks to gale-force winds. There, 15cm of snow fallen, which has raised the prospect of a powder day tomorrow.

Meanwhile, pictured below is how it was looking today at Treble Cone near Wanaka, with 5cm of new snow and settled cover of 73-273cm on the trails. The temperature this morning was -8C on the slopes. 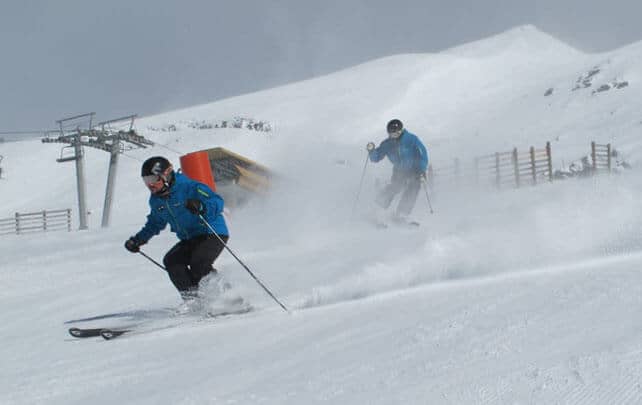 Both The Remarkables and Treble Cone are closing at the weekend. Coronet Peak and Cardrona will close on October 5, Mount Hutt on October 13, and the resorts of Mt Ruapehu on the North Island on October 27.

Spring has sprung in Australia and the Andes 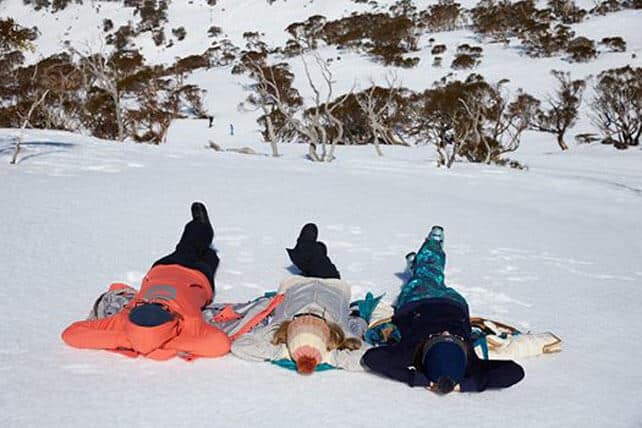 In the Snowy Mountains of south-eastern Australia, September got off to a promising start with fresh snow – and news that Perisher was extending its season until October 10. Since then, however, the weather has been warming up and spring has taken hold. Top temperature tomorrow in Perisher is expected to hit +12C.

Meanwhile, in the Andes it’s been sunny and warm too – although the snow is still in great condition for the time of year, thanks to several big storms in late August and early September.

No Responses to “Snow Report, September 22”