Here’s a little something to get us in the mood… 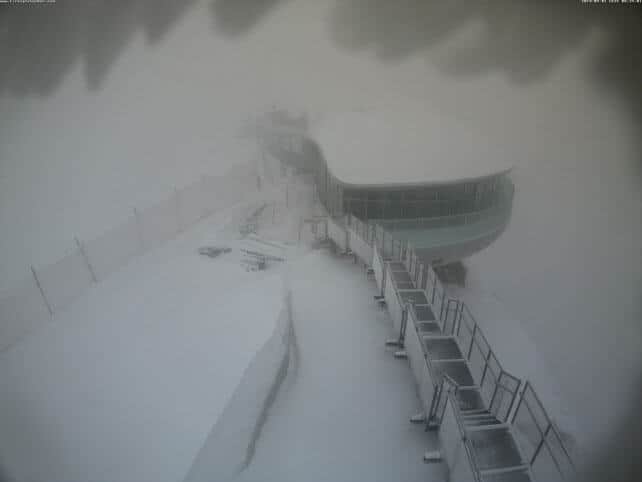 It’s snowing in the high Alps this morning – as it was yesterday. Pictured, above, is the Pitztal glacier in the Austrian Tirol earlier this morning.

Meanwhile, pictured below, was the scene on the Kitzsteinhorn above Zell am See-Kaprun in the Salzburgerland. 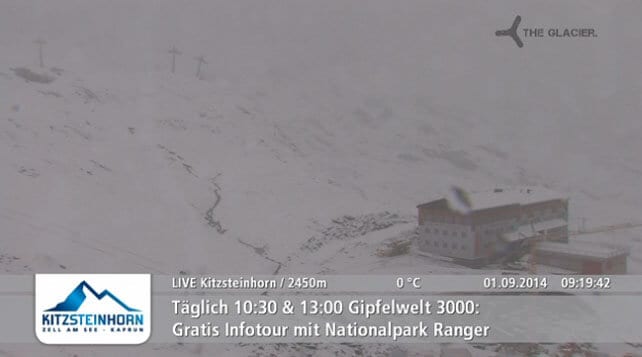 And this was the scene below the Molltal glacier in Carinthia. 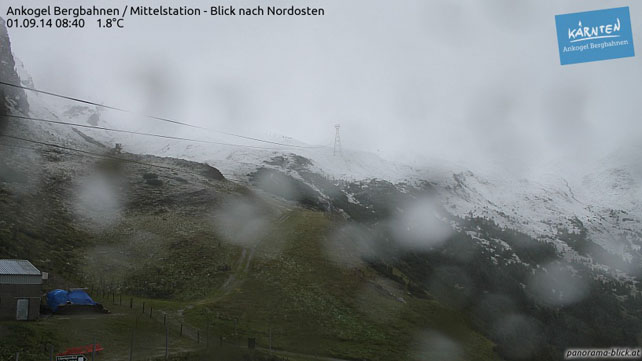 As you can see, more than just a few flakes have fallen, and the snowline is fairly low, too. Local forecasts predict the freezing level to rise now higher than 2500m this morning, which is what you’d expect in early spring in the Alps.

Our snow forecast for the Alps for today gives you an idea of how much is expected today, and where. 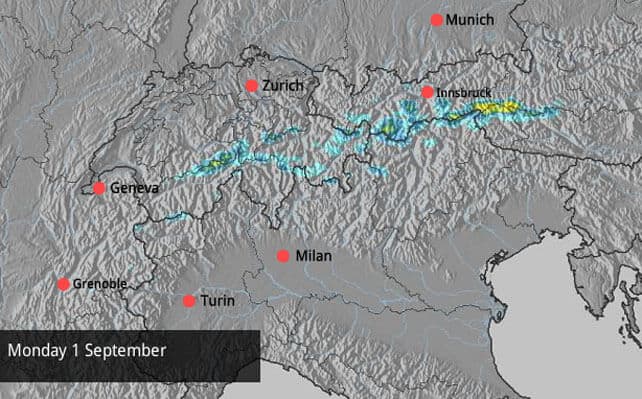 Of course, this isn’t the start of winter. Regular followers of our snow report will know that September-November can be a very stop-start time of year. Cold fronts from the north can bring dumps right down to valley floors from time to time – which vanish as soon as the wind changes direction. As a case in point, skies are due to clear tomorrow, and temperatures to rise. Expect the snowline to go scurrying back up hill very soon.

Nevertheless, it’s a welcome reminder that conditions on the glaciers will be improving steadily over the coming weeks. So if you fancy a spot of early-season skiing, now’s time to start laying your plans. British ski school Snoworks, for example, starts its programme of courses on the glacier above Tignes on October 18. Le Ski’s early-season clinics – featuring Welove2ski editor Peter Hardy – run from November 22.

Only a handful of glacier ski areas are currently open for skiing, including the Hintertux and Molltal in Austria, and Zermatt and Saas-Fee in Switzerland. However, several more Austrian glaciers will be opening this month if conditions are right. Then, the Grande Motte glacier above Tignes gets going on October 4. The first races of the World Cup season above Solden will be held on October 25 and 26.

In the southern hemisphere, the best conditions are in the Andes

Meanwhile, in the southern hemisphere, the Andes have the pick of conditions right now, thanks to a top-up of snow on Saturday.

Conditions were already good there, in the wake of a big dump on August 23-24: and here to prove it is some hell-for-leather video from Portillo, Chile, posted by Andrew Rumph on Monday and Tuesday last week.

Meanwhile, in Australia, mild weather in the Snowy Mountains is about to be hustled out by a cold front. A little fresh snow is expected, but there are no big dumps in the forecast. Snow depths are still pretty healthy there, though, with Perisher reporting up to 150cm of cover, off-piste..

Woodsy wins at the North Face Freeski Open in NZ

On the South Island of New Zealand the calm, sunny weather continues. But the real story here for Brits is James “Woodsy” Woods’ Slopestyle win at the North Face Freeski Open in Cardrona.

Here’s the video of the event.

Woodsy then celebrated by running into Lake Wanaka… 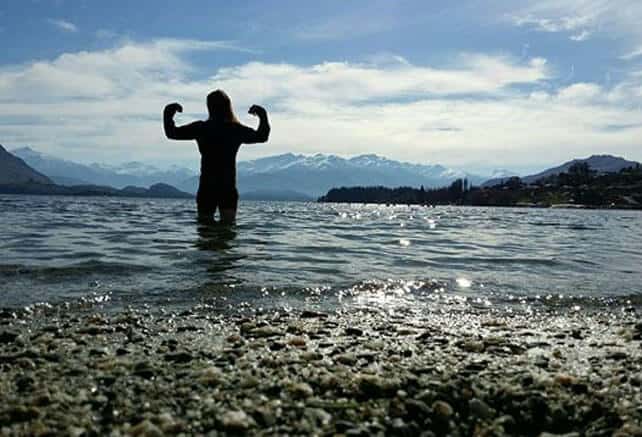 Action at the Freeski Open has now switched to The Remarkables, where qualifiers for the Big Mountain final took place today. 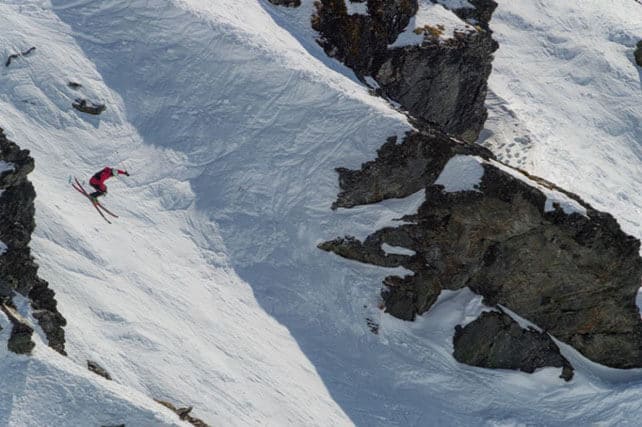 One Response to “Snow Report, September 1”