More September Snow in the Alps 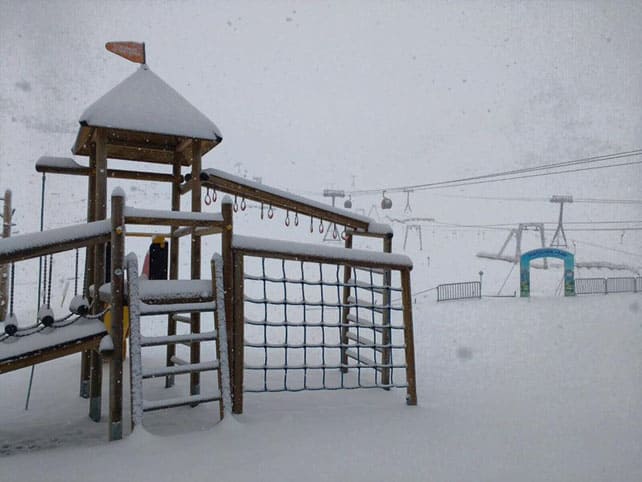 Time to put the climbing frame away? The Stubai glacier on Sunday. Photo: Stubai Glacier/Facebook

It’s just snowed again in the central Alps. The white stuff wasn’t as widely spread as it was on September 2 and 3: but as you’ll see from this shot, taken yesterday on the Stubai Glacier, it was quite heavy again.

Yesterday’s snow forecast gives you an idea of its distribution. 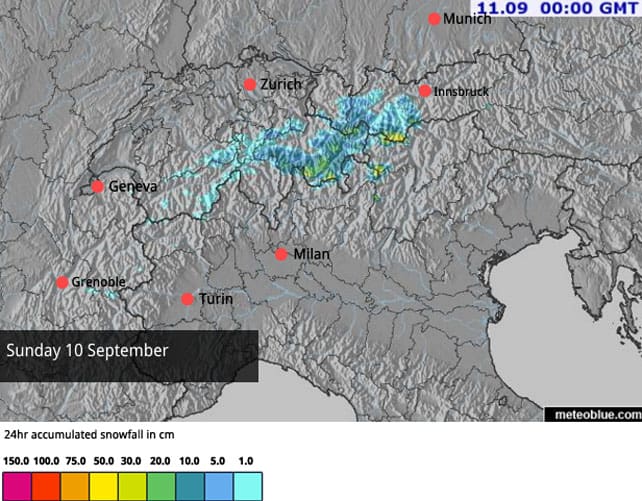 Yesterday’s snow forecast for the Alps.

The new snow was great news for the glacier ski areas of the Austrian Tirol, which line the border with Italy. The Hintertux is open for skiing all year, but several are due to open shortly for the autumn: both the Stubai and the Pitztal on September 16, Solden on September 18, and the Kaunertal on October 13.

These openings are subject to the condition of the snow, of course: so the outlook is promising. On the Hintertux, for example, they’ve already opened the first jumps and kickers on the Betterpark, which doesn’t usually get going until the beginning of August. Here they were on opening day, September 9… 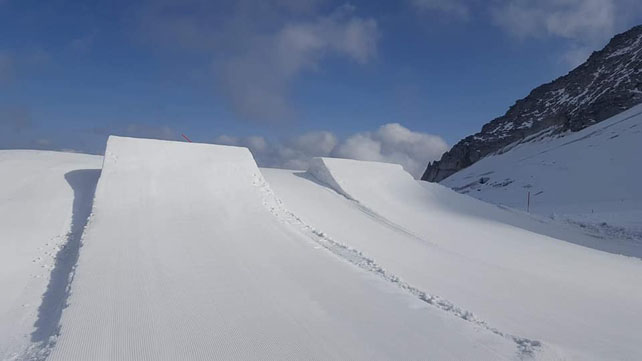 Elsewhere in Austria, the Kitzsteinhorn is due to open to skiers in October, and in France the glacier above Tignes will spin its lifts from September 30. In Switzerland, the glaciers above both Saas-Fee and Zermatt are both open to skiers, and in Italy the Schnalstal glacier is due to open on September 15. Here’s how the top of the valley was looking earlier today. Clearly, it’s time to bring the sheep down… 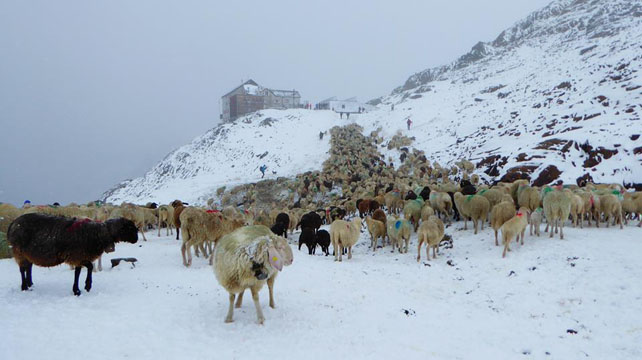 According to our snow forecast, the Alps should get a little more snow tomorrow.

All the same, we shouldn’t read too much into this snowy interlude. As we’ve seen from the last three years, the arrival of winter is fraught with false starts. Don’t plan on skiing in the Alps in the near future, unless it’s on a glacier, and get ready for a return of milder, sunny weather.

Still, it doesn’t hurt to dream a little, does it? Here’s how it looked at the Corvatsch mid-station above St Moritz, earlier today. 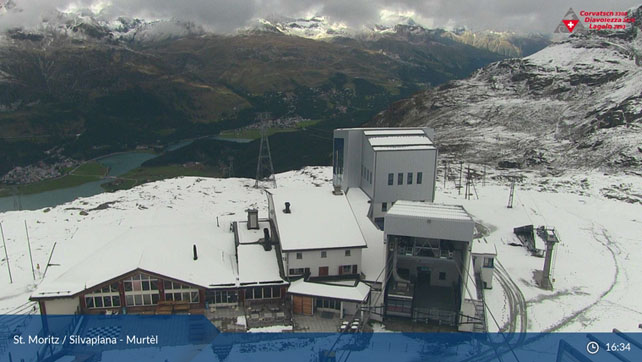 Last week, the Blizzard of Oz 3.0 brought 140cm of the white stuff to Thredbo, in the Snowy Mountains of Australia. It’s the best start to the season anyone can remember.

In New Zealand, a couple of snowfalls over the last week have left the cover fresh and powdery on Mount Hutt, near Christchurch. There’s currently 305-366cm of settled snow across the mountain, and the resort has extended its season to October 15 as a result. (Even the Queenstown resorts have just had a proper dump. The Remarkables reported 60cm in 48hrs at the end of last week.) 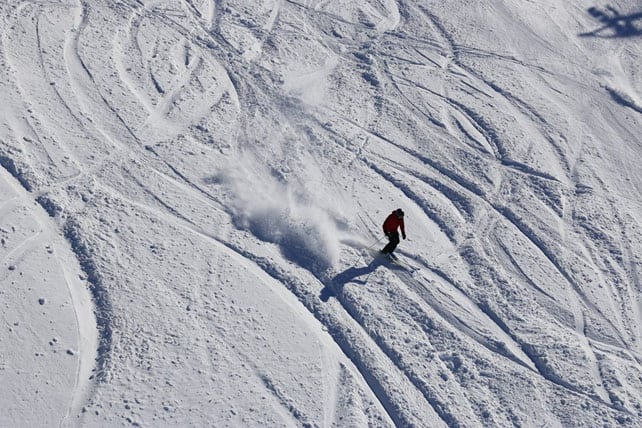 And yesterday, there was 45cm of powder on offer in Valle Nevado, near Santiago, Chile. 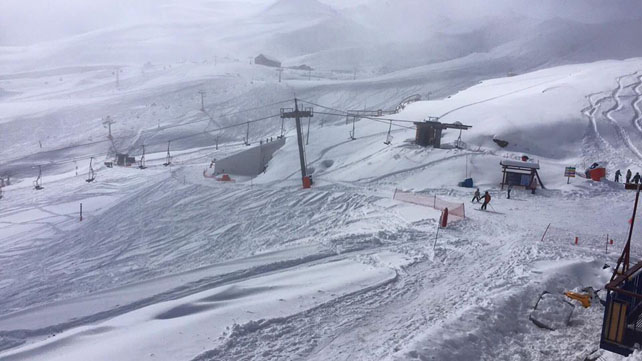 No Responses to “More September Snow in the Alps”