First of all, before we get into any talk of snowfall, check out this video footage from the One Hit Wonder festival, held at the weekend in Thredbo, Australia. The centrepiece of the event was a big air competition, staged on a kicker of mind-boggling size, and the tricks were…well, take a look for yourself.

British freeskier James “Woodsy” Woods continued his great run of form with 3rd place in the main event – adding to his win at the NZ Freeski Open in August. 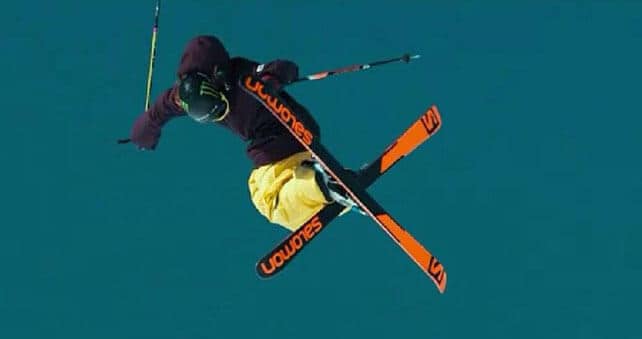 Woodsy on his way to 3rd place…Photo: James “Woodsy” Woods/Facebook

Right – onto the snow…

In the Alps, the autumn season is underway

This weekend saw what many regard as the start of the autumn ski season. Yes, I know, the summer ski season has only just finished; but at 3000m things move quickly, and the Stubai Glacier, south of Innsbruck, has just opened its pistes again after a two-month summer break. Here’s how it was looking on Saturday. 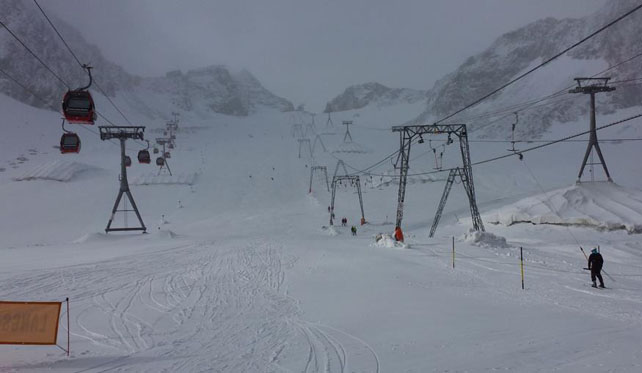 After a wet summer, with lots of top-ups of snow at altitude, conditions at the top of the glacier are pretty good, although only three pistes are open today.

The Stubai isn’t the only glacier where you can currently ski in the Alps. On the Hintertux and above Zermatt the lifts run all year, while the glacier above Saas-Fee opens each July and keeps going right through the winter. You can also ski above the Molltal glacier in Austria. But over the coming weeks, the choice of venues broadens considerably. The Pitztal and Kaunertal glaciers in the Tirol are both scheduled to open on September 20, followed by the Kitzsteinhorn above Kaprun, on October 3. In France, Tignes gets going on October 4. Meanwhile, the first races of the World Cup season will be held on the glacier above Solden on October 25 and 26.

Don’t expect any more top-ups of Alpine snow in the near future, though: the outlook for the coming week is warm, dry and sunny.

For the best places to ski as autumn turns to winter, check out our guide to the best resorts for early-season skiing.

In the Rockies, there’s been another dusting of snow 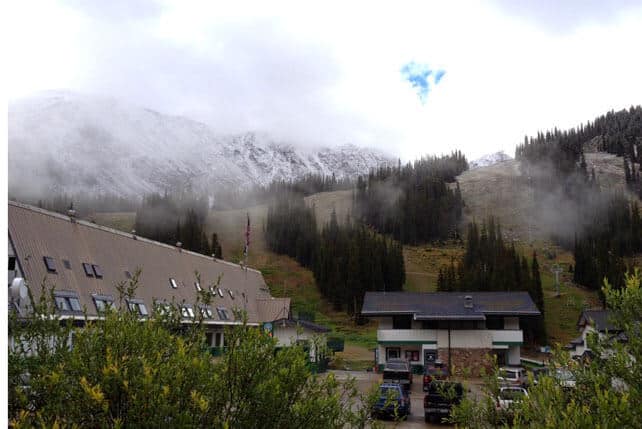 Pictured, below, was Arapahoe Basin, Colorado, on September 9, after it had the second dusting of snow in a week. It’s gone now of course – but already the snow cannons are in place for the start of the resort’s annual race with Loveland, nearby to be the first ski area to open.

In recent seasons, both resorts have been regularly pipped to the post by other ski areas around the US – in California, Washington State and New England. But we still love the early-season excitement their rivalry generates. Last year, both resorts started making snow on September 27, and Arapahoe Basin opened first, on October 13.

In southern hemisphere, the Andes are the place to be

The Andes’ run of form continues. 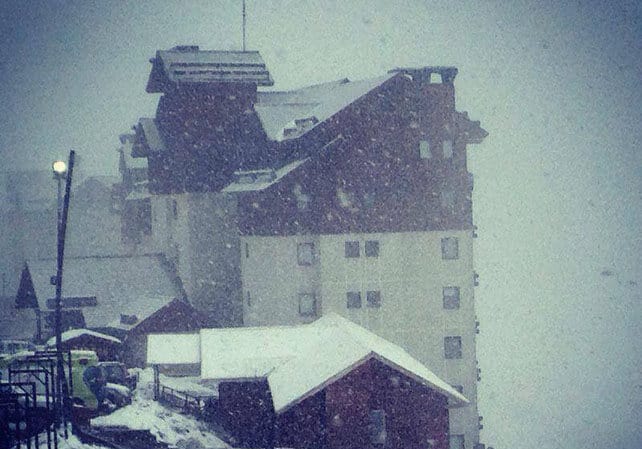 Was followed by a powder day (on Sunday)… 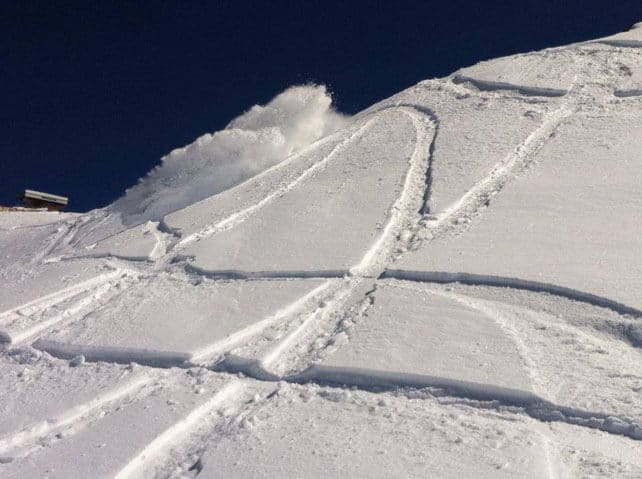 Currently, the snow report claims a very modest 40cm of snow bedded down on the piste. But there’s no denying that – after several late-season snowfalls across the region – conditions are currently excellent, and several resorts, including Las Lenas in Argentina have extended their seasons as a result.

In New Zealand a looooong run of spring weather on the South Island has come to an end with a drop in temperatures and some snow, which has been wet and heavy at the bottom of the pistes, and light and powdery at the top. Pictured below was the Wanaka resort of Cardrona earlier today. 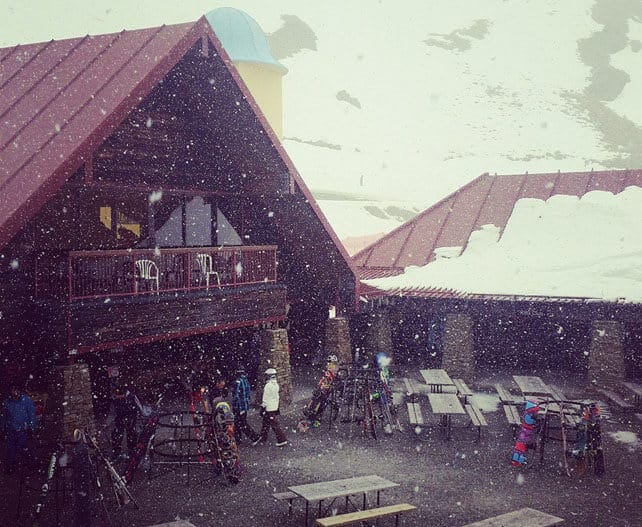 More snow is expected tomorrow – which may turn to rain as temperatures rise midweek. Generally, this has been a disappointing season in NZ, with some of the lower ski areas – especially those without snow cannons – struggling to get open and stay open in the face of mild temperatures and erratic snowfall.

In the Snowy Mountains of Australia, spring has had a hold on weather over the last week, too, and the snow’s getting thin on the lower pistes. But the forecast is looking promising for the week ahead with a cold snap expected on Wednesday, and the chance of fresh snow. Thanks to dumps at the end of August and the beginning of September, Perisher has extended its season to October 10. Currently, the snow cover at the top of the ski area is up to 132cm deep.

No Responses to “Snow Report, September 15”