More Snow in the Alps Next Week? 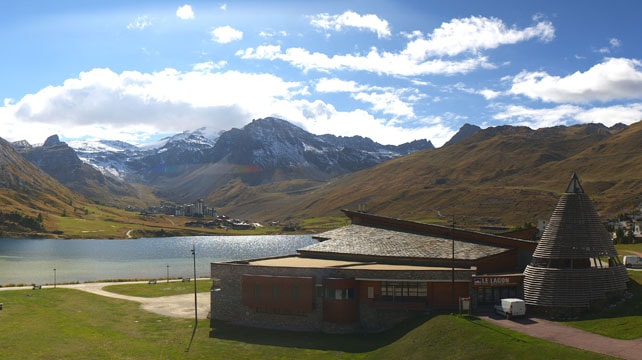 Tignes, where the glacier is due to open to skiers on Saturday. Photo: tignes.net

We all knew it wouldn’t last.

The unusually snowy and unsettled spell that marked the first three weeks of September in the Alps has now gone – and it’s been replaced by much milder weather. On a daily basis across the region, the freezing point is rising to 3000m. That means most of the new snow in the glacier ski areas is going through a 24-hour freeze/thaw cycle.

So it’ll be hard-packed in the mornings, and will demand sharper, more precise turns from skiers.

But all the same, smiles have been a mile wide up there – especially amongst those who got to ski the snow before the weekend, just after the last of the storms. The word is that conditions were properly wintry for a while.

Here’s how the Hintertux glacier looked on Thursday. 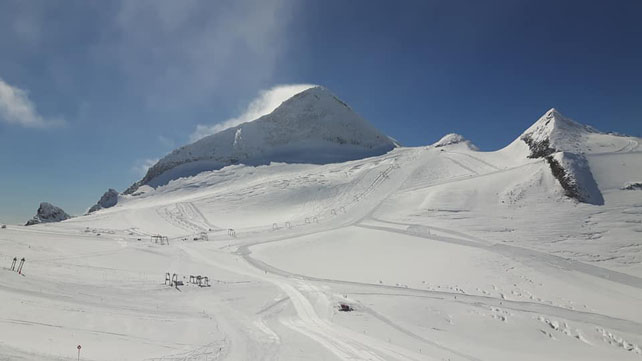 As well as the Hintertux you can also ski on the Stubai, Pitztal, Rettenbach, Motttal and (in Italy) Schnalstal glaciers, as well as above Saas-Fee and Zermatt in Switzerland. In France, the glacier above Tignes is due to open on Saturday: so too the Kitzsteinhorn near Zell am See in Austria.

In the short term there’s no sign of change. But already in the Alps everyone’s talking about the mid-range forecast for next week. Here’s the current prognosis from the ECMWF for October 4, courtesy of Meteociel. 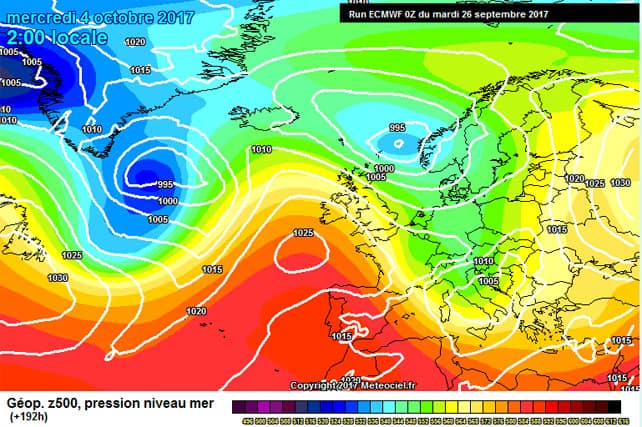 The hope is that we’ll have another bout of snowy weather in the high Alps. It’s too soon to be sure of course, and over the course of today the predicted change in the weather has started to look less pronounced. So don’t get excited just yet. I’m due to be skiing the Hintertux for a few days from October 9, so I’m sacrificing chickens to the Snow Gods on a daily basis.

It’s important to remember that, even if it does snow on on October 4, we’re still a long way from an early winter. If you fancy an early-season trip the best policy – as ever – is to aim for a high-altitude ski area, and leave nothing to chance. Maybe I’ll see you on the Hintertux?

No Responses to “More Snow in the Alps Next Week?”