The Best Apres-Ski Bars in the World 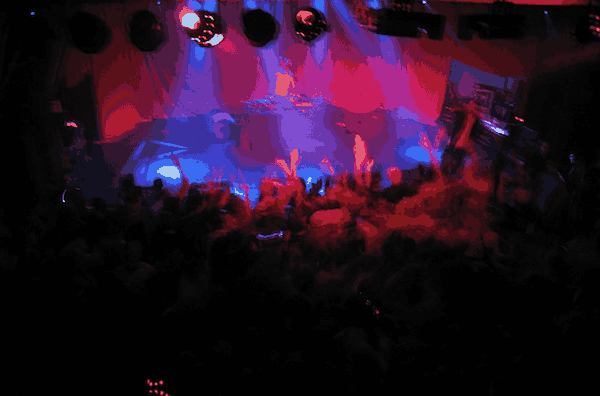 From Aspen to Zermatt, we’ve picked out the best apres-ski bars in which to party after a day’s skiing or snowboarding…or even before you’ve left the slopes.

Time and place: the Rond-Point, at 5-7pm, every night, when there’s live music in the main bar. Tuesdays and Wednesdays are best – when Meribel’s small army of seasonnaires are having their nights off.
The clientele: wall-to-wall Brits with a smattering of very confused Frenchmen, wondering, “Eez this France, or Fulham?”
The look: a cross between a top-notch pub gig in London and the finals of the world beanie-knitting championships. Beanies are a big deal in Meribel: if you haven’t got an interesting woolly hat to wear, don’t bother coming.
The drink: a pichet of beer and four toffee vodkas. Split between four people, obviously…
The high point: crowd surfing to the bar to place your next order.
The aftermath: head down the hill into the centre of Meribel town and take your pick from any one of the following apres-ski bars: Barometer, Le Pub, La Taverne, Le Poste de Secours, Bar a Vin, Jack’s, Evolution…
Click on the link to read more about Meribel apres-ski.

Time and place: the Mooserwirt – by the side of piste number 22 above St Anton, 3.30-8pm.
The clientele: 1,000 of your new best friends – most of whom are German. 500 are indoors, 500 are on the decking outside, and there’s a smattering of Americans, Kiwis and Scandy-types in blue wigs to add interest.
The look: Munich bierfest meets a flash-mob international speed-dating event.
The drink: something big – because it’ll be hours before you can fight your way to the bar for the next one.
The high point: joining an impromptu 1000-voice international choir for a tearful rendition of Robbie Williams’ Angels – which in this place, in this company, suddenly seems very moving…
The aftermath: by 7pm the atmosphere is absolutely electric – like the biggest New Year’s Eve party you’ve ever been to. But you need to make your exit quickly, because once the music’s turned off (at 8pm) 1,000 people will start looking for their skis. If you don’t go back to your hotel/chalet/apartment and fall asleep fully clothed on your bed, then the evening continues in the Piccadilly/Postkeller complex in the middle of town.
Click on the link to read more about St Anton apres-ski.

Time and place: in a conservatory on the ground floor of Hotel Farinet, overlooking the Place Central, 4-8pm, when a live band is playing (which is most nights after December 26).
The clientele: every 20-something in Verbier. Plus a few 30-somethings wishing they were ten years younger.
The look: closing party for a White Stuff winter-season fashion shoot.
The drink: one of the free shots they frequently dole out at the bar.
The high point: when dancing on the bar suddenly seems a bit tame and people start swinging from the rafters. “I’d heard about the apres-ski bar at the Farinet long before I went to Verbier,” says Tom Payne of British ski school New Generation. “And I wasn’t disappointed.”
The aftermath: dinner in your chalet followed by dancing at Carve or the Farm Club.
Click on the link to read more about Verbier apres-ski.

Time and place: the Folie Douce, at the top of La Daille gondola,
3-5pm. They’re outside, dancing on the tables, all winter – but Thursday and Friday tend to be the busiest afternoons, when it can seem like half the mountain is a dancefloor. The New Year’s Eve and closing parties are the biggest events of the season.
The clientele: any chalet staff with the day off, plus about 500 stunned holidaymakers. And why shouldn’t they be stunned? It’s a bit like discovering someone’s opened a nightclub in your fridge.
The look: Ibiza-on-Ice. Then someone takes their top off and – hey presto! – you can forget the ‘on-ice’ part.
The drink: shots from your mate’s hip flask. That way you don’t have to get down off the table you’ve found to dance on, and fight your way to the bar.
The high point: when the holidaymakers stop being stunned and join in.
The aftermath: it’s downhill all the way once the Folie Douce closes – literally and metaphorically. First of all, you’ve got to get down to La Daille, in the valley, without skiing into a tree. Second of all, nothing you do in the evening that follows is ever going to compare with dancing on the side of the Alps in the winter sunshine with all your skiing buddies. That said, the two-for-one cocktails at Victor’s have been known to revive the odd evening…
Click on the link to read more about Val d’Isere apres-ski.

Time and place: the Trofana Alm, near the bottom of the Red 1 piste,
4pm-7pm every night, but especially on Fridays and Saturdays
The clientele: two floors full of rich 30-something Bavarians, all high as kites on beer and atmosphere, and dancing on the tables in their ski boots.
The look: if Heidi ran an apres-ski bar, this would be her New Year’s Eve party.
The drink: a shot from the Schnappsmeter (a long tray drilled with holes to hold 20 shot glasses).
The high point: the moment you suddenly start to enjoy DJ Otzi’s ‘Hey Baby’.
The aftermath: there’s a bizarre three-hour hiatus in Ischgl nightlife, from 7-10pm, when everyone goes back to their hotels for dinner. Then the party carries on at the likes of Pacha in the Hotel Madlein.
Click on the link to read more about Ischgl apres-ski.

Time and place: on the ground floor of the Hotel Strass, by the bottom of the Penkenbahn gondola, 3.30-8.30pm.
The clientele: all the nations at the beery end of the Euro-spectrum: Brits, the Dutch, Germans, Swedes – but especially the Dutch.
The look: take 300 Dutch men and women, add beer, Schnapps and Vodka Red Bulls, and stir vigorously for three hours.
The drink: Jaegerbombs – instant brain death.
The high point: definitely not when the man in the bear suit is jumping around on the bar.
The aftermath: head to the golden triangle formed by Haupstrasse, Scheulingstrasse and Pfarrer-Krapf-Strasse and take your pick from the many bars you’ll find there.
Click on the link to read more about Mayrhofen apres-ski.

Time and place: the Million Dollar Cowboy Bar, 25 N. Cache Street, Jackson (it’s actually a 30-minute drive from the ski resort of Jackson Hole), after dinner, every night, but especially on Fridays and Saturdays. Yes, that doesn’t make it a proper apres-ski bar. But it would be an act of criminal negligence to ski Jackson Hole and not have at least one big night out here.
The clientele: 50% are proper cowboys and people who wish they were cowboys: 50% are dazed European and New York/Californian skiers trying not to giggle.
The look: The Magnificent Seven meets Blazing Saddles. And speaking of saddles, the barstools are in fact, real saddles.
The drink: nothing that looks or sounds remotely left-wing or even liberal. Best stick with Jim Beam on the rocks.
The high point: joining the line dancing without making a complete a*se of yourself.
The aftermath: hey, you’re in Wyoming, in a cowboy bar. Could the evening get any better than this? We’d recommend staying put till the bitter end.
Click on the link to read more about Jackson Hole apres-ski.

Time and place: the Vernissage, 4 Hofmattstrasse, 5.30pm-midnight.
The clientele: 30- and 40-something skiers and snowboarders who can’t believe their luck. A ski bar for grown ups! Fancy that…
The look: a cross between a hoary old hay barn and a Manhattan arts club.
The drink: it would be rude not to try something from the cocktail menu. It’s 40 pages long…
The high point: the moment when your Cosmopolitan/Brandy Alexander/Dry Martini/Lagavulin mixes with your righteous sense of physical fatigue. Bliss.
The aftermath: wonder too far into the cocktail menu and you may find yourself with a sudden appetite for action. In which case, it’s time to head to the Post.
Click on the link to read more about Zermatt apres-ski.

Time and place: 39 Degrees, at the Sky Hotel, 709 E. Durant Avenue (a block from the Silver Queen Gondola), 4pm-7pm every night, but especially over Christmas and New Year.
The clientele: during the Christmas holidays, you might actually see someone famous here. The rest of the season it’s mostly filled with people who think they should be famous. But that’s not to deny that 39 Degrees has an almighty buzz – in part because the male to female ration is roughly 1:1, which is almost unheard of in a ski resort.
The look: oversized furniture and electric smiles. If Wonderland was home to a ski resort, this would be its watering hole.
The drink: a couple of beers until you meet someone interesting. Then it’s time to splash out on Champagne Supernovas from the speciality cocktail menu. Or, if you want something really different, try the Botox Martini. It comes with two cherries – one wrinkled and one pristine.
The high point: the moment when the two blondes from California actually believe that you’re a hot young British actor.
The aftermath: if you’re feeling flush, then it’s off to Kenichi for sushi, before hitting Belly Up for live music. If not, you’re only five minutes’ walk from McDonalds.
Click on the link to read more about Aspen apres-ski.

Time and place: the bar in Riders Palace, across the road from the lifts. There’s (loud) music at the lobby bar from 5pm until around 4am, every night – although it’s actually open from 7am onwards. At weekends there is more live music in the Palace Club downstairs from 9pm to 4am. If you’re staying, they give out ear plugs at the front desk to help you sleep.
The clientele: Mainly Swiss and Scandinavian snowboarders staying in the hotel, with students offered a 40% discount on rooms. There’s a party hotel vibe in this designer-hotel-meets-backpacker-hostel. Stay in a choice of three room types: Back to Basics with bunks, Multimedia sleeping up to three people, or suites with king-sized beds and Philippe Starck bathrooms. People may be staying on a range of budgets – but what they all have in common is that they are here to snowboard and party.
The drink: the most popular drinks here are Vodka Red Bull and beer.
The high point: the hotel’s Palace Club, where top international acts and up-and-coming newcomers rock the house at weekends. It’s noisy at night but you don’t come here to sleep.
The aftermath:what the place lacks is a restaurant, but you can pop across the road to the Crapbar (yes, that’s its real name) for more drinks, a bite to eat in one of the rocksresort restaurants such as Burgers – or wait until breakfast is served at the Riders Palace long zinc-topped lobby bar.

5 Responses to “The Best Apres-Ski Bars in the World”