Last week, in Chile, spring was in the air… 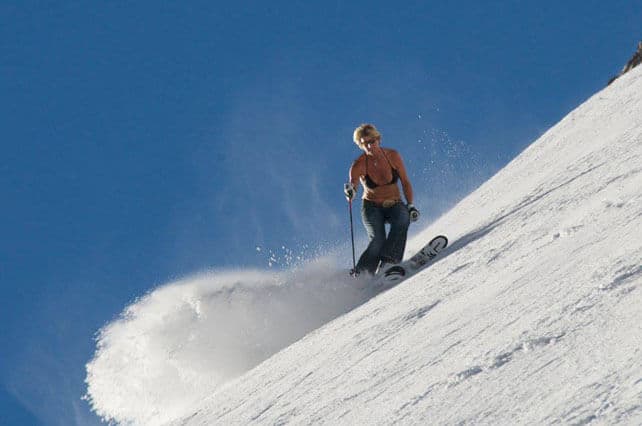 But on Saturday morning, it started snowing… 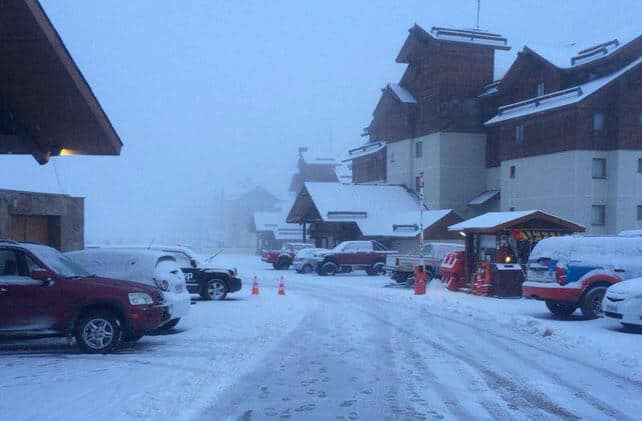 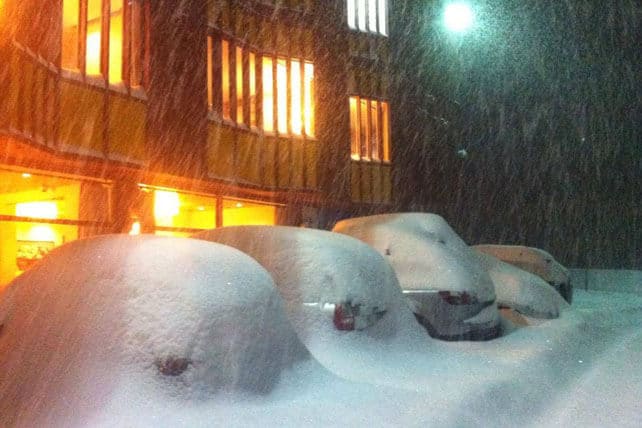 By yesterday morning Portillo was resporting 40cm of powder on the slopes, and Valle Nevado 72cm. It’ll probably turn out to be the dump of the season there. 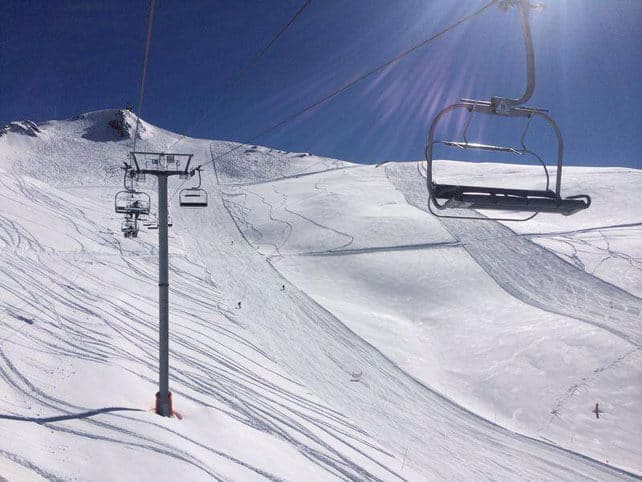 Meanwhile, both New Zealand and Australia have had sunny weeks with little in the way of new snow. In NZ, the last heavy snowfall was nearly two weeks ago, and the action has switched back from powder to corduroy. 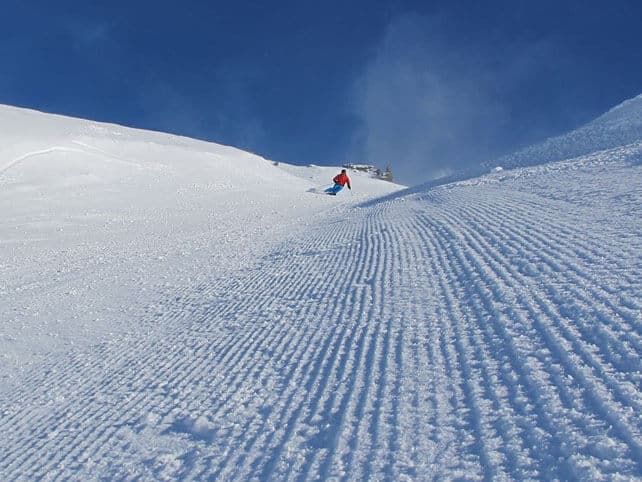 Currently, The Remarkables near Queenstown reports 110-180cm of cover on its trails, and the Wanaka resort of Treble Cone has 58-242cm.

In Australia, the Snowy Mountain resort of Perisher is hosting The Mile Hile 2014, part of the Australian Slopestyle Tour. Conditions were pretty good for the practice sessions (see the video below): but today dawned foggy, warm and slushy, and they had to postpone the day’s events.

Currently, the snow report records cover up to 158cm deep on the slopes at Perisher.

Back in Europe, the Alps had a lovely weekend. This was sunrise over the Parc National des Ecrins near Serre Chevalier in France on Saturday. 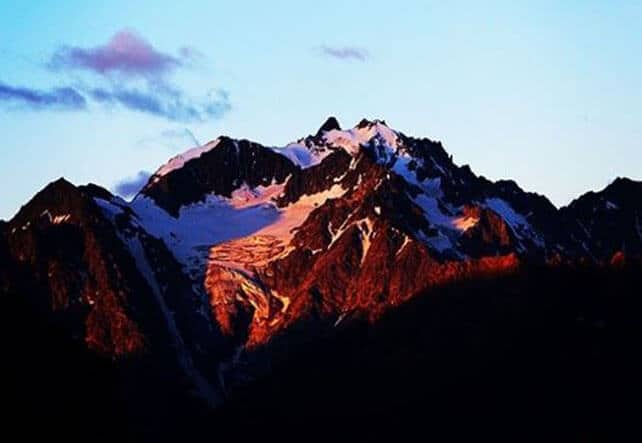 Pictured, below, was Zell Am See in Austria’s Salzburgerland on Sunday. 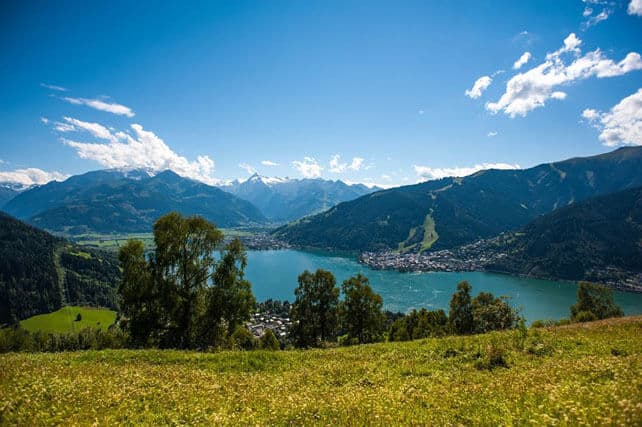 But there was a little fresh snow around at altitude last week, and conditions on the glaciers are pretty good given it’s the end of August. Pictured below is how it was looking on August 21 on the Hintertux glacier in the Tirol. 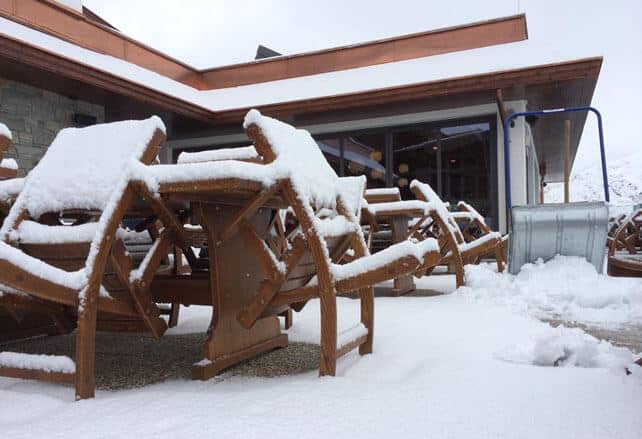 Only a handful of Alpine glacier ski areas are currently open – the Hintertux, the Molltaler, Zermatt, Les Deux Alpes and Saas-Fee. Les Deux Alpes shuts at the weekend at the end of its summer season, but several more Austrian glaciers are due to open again in September, if the snow’s good.

The outlook for the Alps is now distinctly unsettled. There’ll be heavy rain in the west today, showers in the east, and maybe a little more fresh snow at altitude.